New coach in charge, but 'the expectation doesn't change' for LouCity

Entering Game 2 of the 2021 season, the goal remains to win a third USL Championship title. 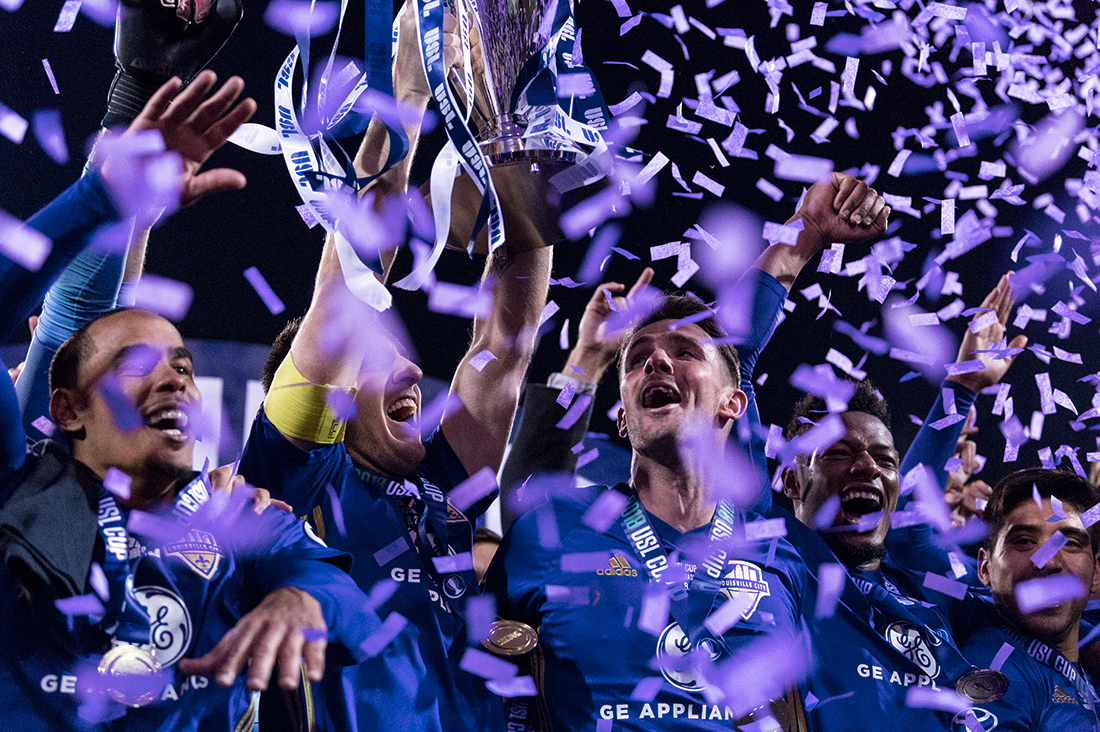 While many things have changed for Louisville City FC since its launch in 2015, one goal has remained constant: to compete for championships.

LouCity’s interim head coach, Danny Cruz, and team captain Paolo DelPiccolo echoed that expectation this week in their first meeting with the media since Cruz took over in his new capacity.

“Ultimately, the goal here is for us to continue the success,” Cruz said. “The goal here is to win a championship. That expectation doesn’t change here at Louisville City whether it’s me or somebody else in the seat.”

So it was no surprise when, rather than dwell on a change in leadership, the boys in purple laced up their boots and turned the focus toward their next game. A newly loaded Birmingham Legion FC squad will visit Lynn Family Stadium for a 7:30 p.m. Saturday kickoff.

“We have an unbelievable group of players in there,” said Cruz, who’s served on LouCity’s technical staff since 2018. “It’s tight-knit. They understand that at the end of the day, we have a job to do this weekend. I wouldn’t say there’s been a distraction whatsoever. At the end of the day, they come out to work to get better and implement our ideas.”

LouCity boasts a veteran-laden squad with 18 members of last year’s roster back for 2021. This also isn’t the first time many players have experienced a coaching change in season.

In 2018, DelPiccolo captained his team and served as a member of “The Triumvirate” — a trio of player-coaches that also included George Davis IV and Luke Spencer – after James O’Connor departed for MLS side Orlando City SC.

“A couple years ago, James left and a couple months after that the players left the management role and (John Hackworth) came in,” DelPiccolo said. “Now Danny’s in here, so we know what we have to do as players. We know the expectation and that’s all we can do is just do our jobs.

“We’ve been playing for Danny as well the last two years, and it’s fun to play for him. We’re excited to have him charge.”

While DelPiccolo and company officially relinquished their coaching duties years ago, the captain said that hasn’t stopped LouCity’s approach to self leadership.

“It doesn’t matter who the coach is. That’s our personality,” said DelPiccolo, who originally signed with the club in 2016. “That’s the age. That’s the experience in the locker room. They’re always going to take that leadership role.”

In Hackworth’s final game, LouCity posted a 2-0, season-opening victory over Atlanta United 2. The quest for a third star continues this weekend with 31 more fixtures to go.

"Ultimately, how I got here is irrelevant. It's how do I take this group forward? And that's what I'm going to try to do every single day. It's an opportunity for myself and these players every single day, for their own futures, to come out and give us the best that they can."