He detailed the week and looked ahead to the next game on May 8. 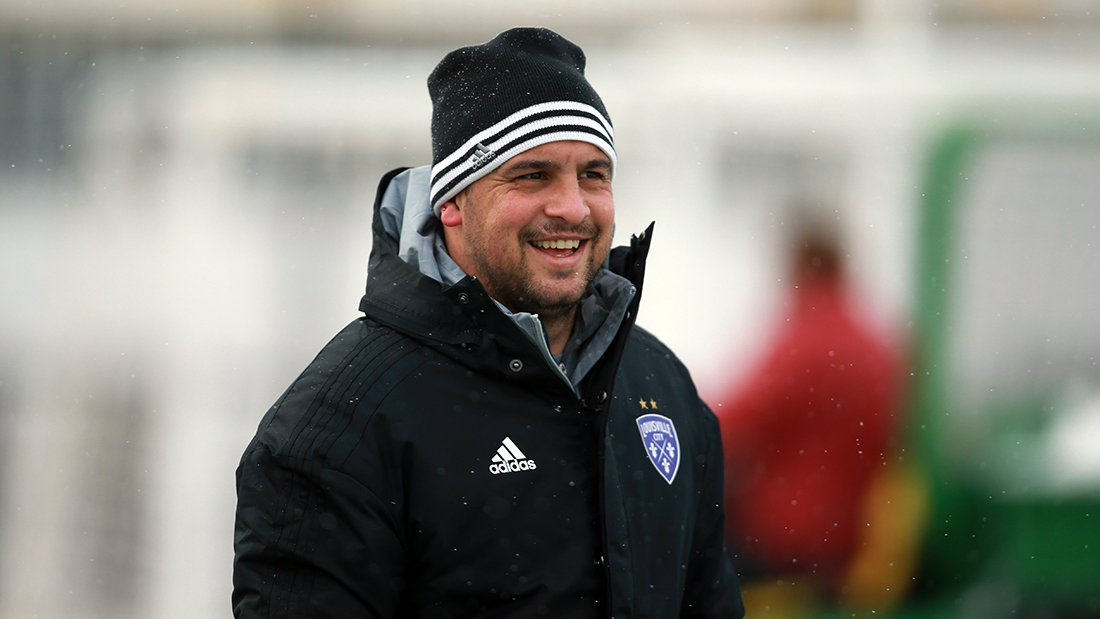 Cruz, LouCity's top assistant dating back to the fall of 2018, has taken over a squad that includes most returning starters from last year and opened the season with a 2-0 victory over Atlanta United 2. The boys in purple are off Kentucky Derby weekend before hosting Birmingham Legion FC on May 8 at Lynn Family Stadium.

"I have a really good relationship with that locker room," Cruz said. "I've been with them for quite a long time now here at this club. They've been nothing but supportive. It's been a really good two days from an on-the-field perspective.

"And listen,  ultimately those relationships are what it's about. I know for a fact that this group is going to get on the field this season and give me everything they have. It's up to us collectively to continue to have success here."

Hear Cruz's full interview, beginning around the 16-minute mark, below: