Preview: What to watch for with LouCity vs. Atlanta United 2

The club's longest preseason to date comes to an end on Saturday. 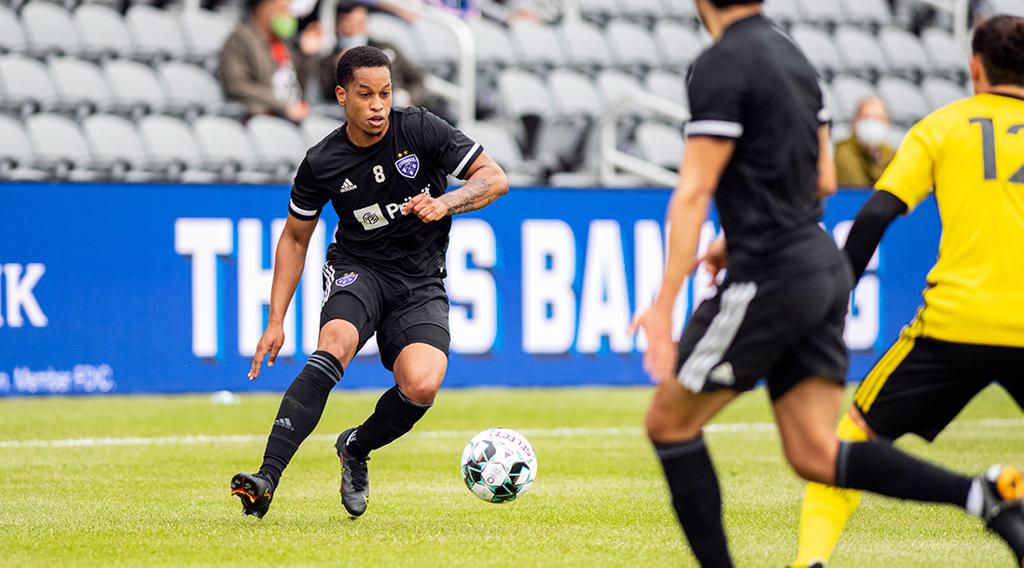 After a 182-day wait, Louisville City FC will take the pitch this weekend in USL Championship competition.

The club’s longest offseason comes to an end at 7:30 p.m. Saturday when the boys in purple start a 32-game campaign against Atlanta United 2 at Lynn Family Stadium, which is expected to include a sold-out, 50% capacity crowd in a venue that can accommodate 15,304 fans.

LouCity, the USL Championship’s first club to begin preseason training back on Feb. 1, will also be the first in the league to kick off as clubs stagger their return to play in the coming weeks.

This opener is almost three months in the making after the boys in purple began training on a snow-covered pitch, then progressed to play preseason competition all the way up the American pro soccer ladder against a number of Major League Soccer foes. LouCity has won three straight against lower-division opponents entering Saturday, most recently defeating Pittsburgh Riverhounds SC by a 2-0 score.

As in years past, LouCity games can be seen, heard and live streamed for free locally. A majority of contests will air on WBKI/The CW, ESPN Louisville’s 680/105.7 and streamed on the WDRB Now app.

The regular season ends the last weekend of October, and the playoffs culminate with the USL Championship Final on Sunday, Nov. 28, with kickoff at 8:30 p.m. ET on ESPN or ESPN 2.

“I feel really good about the time and we’re, if you will, extra prepared. We had to do it differently. We had to plan accordingly. There were a lot less double days. There was more rest — more games. I’ve said it before, but there were a hell of a lot more bus rides due to COVID and all the craziness that has continued to go on around that. We arrive at this point really confident that we’re well prepared for a season, and yet, none of what we did on preseason matters unless we win on Saturday.”

• On the WBKI-TV (The CW)/ESPN+ streaming call: Mike Watts (play by play) and Devon Kerr (color).

• And for AM ESPN 680  on the radio: Jeff Greer and Casey Whitfield.

About the opponent: Atlanta United 2 will enter Saturday, as MLS affiliates often do to open USL Championship seasons, quite the mystery. As of mid-week, the club’s roster showed just 11 players. On March 23, the club also announced the departure of coach Stephen Glass, who returned to his native Scotland to manage Aberdeen FC in the nation’s top division. Just Thursday, Atlanta United 2's interim manager, Tony Annan, was announced as the University of South Carolina's next coach. He will continue with his current club through mid-June.

In the stands: More fans will be able to experience Lynn Family Stadium this upcoming season as capacity restrictions have increased to 50% for the club’s home opener, allowing an anticipated record crowd in the venue Saturday. Last year, LouCity supporters served as a model while sports returned to play amid the pandemic. Safety protocols, including a mask mandate, will continue into 2021 at Lynn Family Stadium.

Kit inspiration: The boys in purple will remain so at home, while the away tops bring back a fan favorite, the hoops design. Both looks released this week are rooted in winning club culture, inspired by those worn as LouCity won back-to-back USL Championship titles in 2017 and 2018. They’ll carry LouCity’s new crest unveiled last November on the heels of a 2020 season in which the club posted the Eastern Conference’s best regular-season record and returned to the conference final for a sixth straight year — every one since the club has existed.

All-league returners: LouCity last year broke a club and USL Championship record with four players earning All-League First Team honors. Two of those players — forward Cameron Lancaster and defender Sean Totsch — are back on new multi-year contracts. Lancaster signed a permanent deal with the club having played on loan from MLS’ Nashville SC in 2020, while Totsch has been an anchor in central defense since 2017

Man in the middle: If there are any proverbial big shoes to fill, they’re in the midfield with Devon “Speedy” Williams having signed with Miami FC over the offseason. That All-League First Team member’s spot with LouCity appears taken now by new signing Tyler Gibson. The former Indy Eleven standout, who started the preseason finale against Pittsburgh, played every minute of his former club’s 16-game 2020 campaign and boasted an 84% passing accuracy.

Between the posts: After three years in purple, Louisville native Chris Hubbard, a Trinity High School and University of Notre Dame graduate, looks to have a grasp on the starting goalkeeper job. Hubbard lost out on a close battle last year with Ben Lundt, who went on to be named the league’s Goalkeeper of the Year. Hubbard has stepped in well this preseason, saving six shots against Pittsburgh as he’s pushed by his younger counterpart, new signing Simon Lefebvre.

Oh, captain: Midfielder Paolo DelPiccolo, who enters his sixth season with the club, will once again wear the armband for LouCity. His role, however, has been different as of late. DelPiccolo moved up within LouCity’s attack last season to coincide with the club’s 13-game unbeaten run to the Eastern Conference Final. He has returned this preseason to net a goal in a win over Chattanooga FC and is expected to continue contributing to the offense.

Youth movement: While LouCity returns all but two of its regular starters from a season ago, spots are up for grabs with defenders Jonathan Gomez and Akil Watts stating their cases. Gomez, who turns 18 in September, is a candidate to be scooped up by a big-name European club at season’s end. Watts, who recently turned 21, is a third-year professional with U.S. youth international experience seeking a larger role this season.