The boys in purple will face a pair of cross-division opponents in those contests. 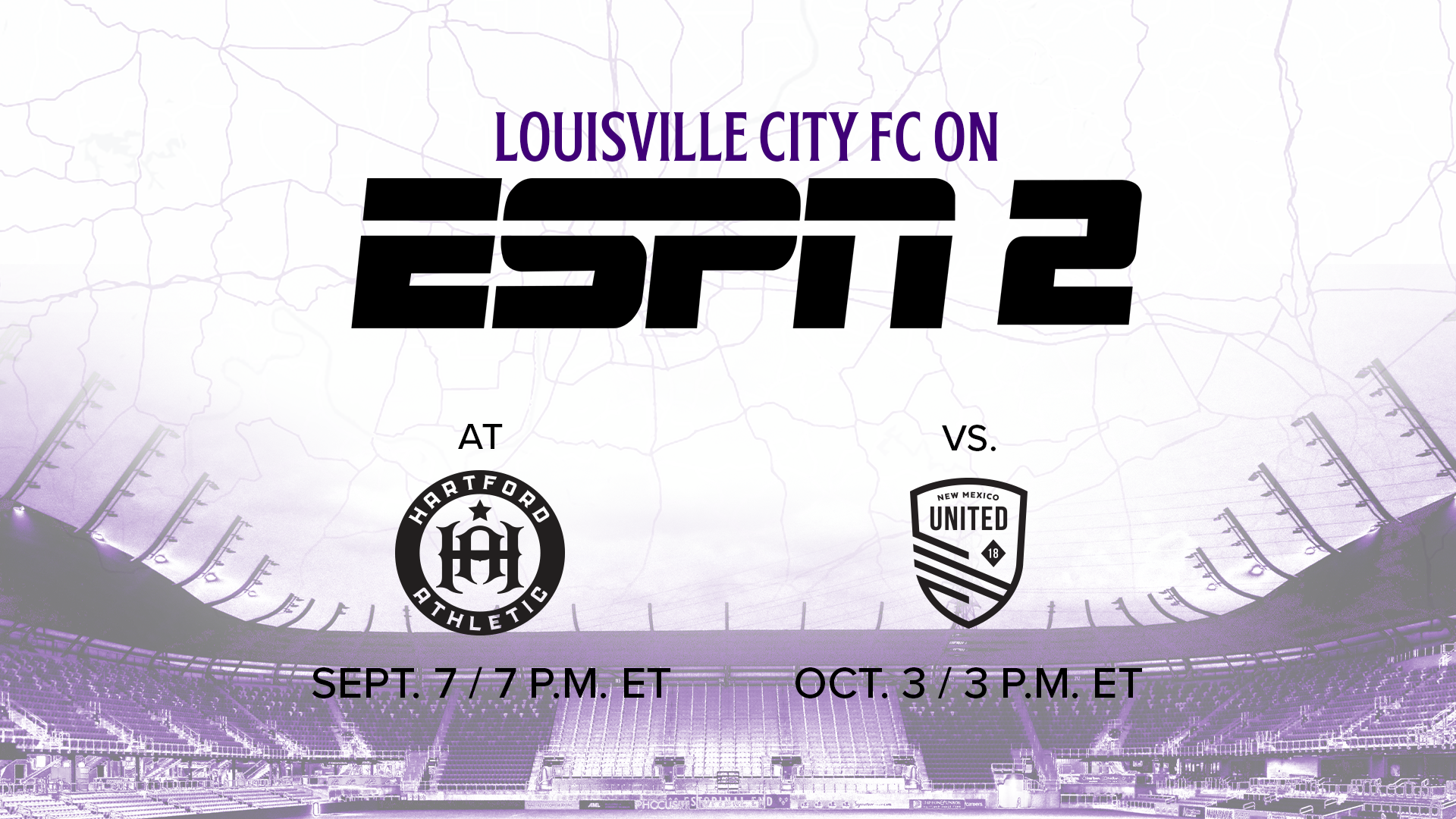 First for LouCity is its Sept. 7 matchup at Hartford Athletic set to air at 7 p.m. ET on ESPN2, with the primetime contest featuring last year’s top Eastern Conference points earners.

Lynn Family Stadium will then get its chance to shine on national television when LouCity hosts New Mexico United at 3 p.m. ET on Oct. 3, also on ESPN2. ET. The initial meeting between these sides will pit two of the USL Championship’s most well-supported clubs against one another.

In addition to the linear schedule on ESPN, ESPN2 and ESPN Deportes, the remainder of the USL Championship season and playoff games will stream live on ESPN+, giving fans a front-row seat for almost 700 games across both leagues.

Locally, fans can catch each regular season game on the WDRB Media family of networks, primarily WBKI/Louisville’s CW, with radio coverage on ESPN Louisville’s AM 680 and FM 105.7. Game times and full local broadcast assignments are pending.

LouCity will open its regular season April 24 against Atlanta United 2 at Lynn Family Stadium. The USL Championship season, which consists of 32 games played mostly within newly established divisions, culminates Nov. 28 with the final at 8:30 p.m. ET on ESPN or ESPN2.

“This is the biggest and brightest platform we’ve ever had for our league,” said USL Executive Vice President Court Jeske. “We are thrilled at the wide selection of games, clubs and landmark moments that will appear on national television this season. It’s a special thing for our league to be able to showcase our clubs and cities across the USL Championship and League One on ESPN’s networks in addition to streaming an incredible schedule on ESPN+.”

Two preseason games remain for the boys in purple, who face reigning USL League One champion Greenville Triumph FC on Sunday before meeting Pittsburgh Riverhounds SC in their final tuneup. That game, which kicks off at 3 p.m. at Lynn Family Stadium, is open to the public with tickets available at LouCity.com.