LouCity-Pittsburgh exhibition set for April 17 in front of fans

Season ticket members will get first right to their seats before offered to the public. 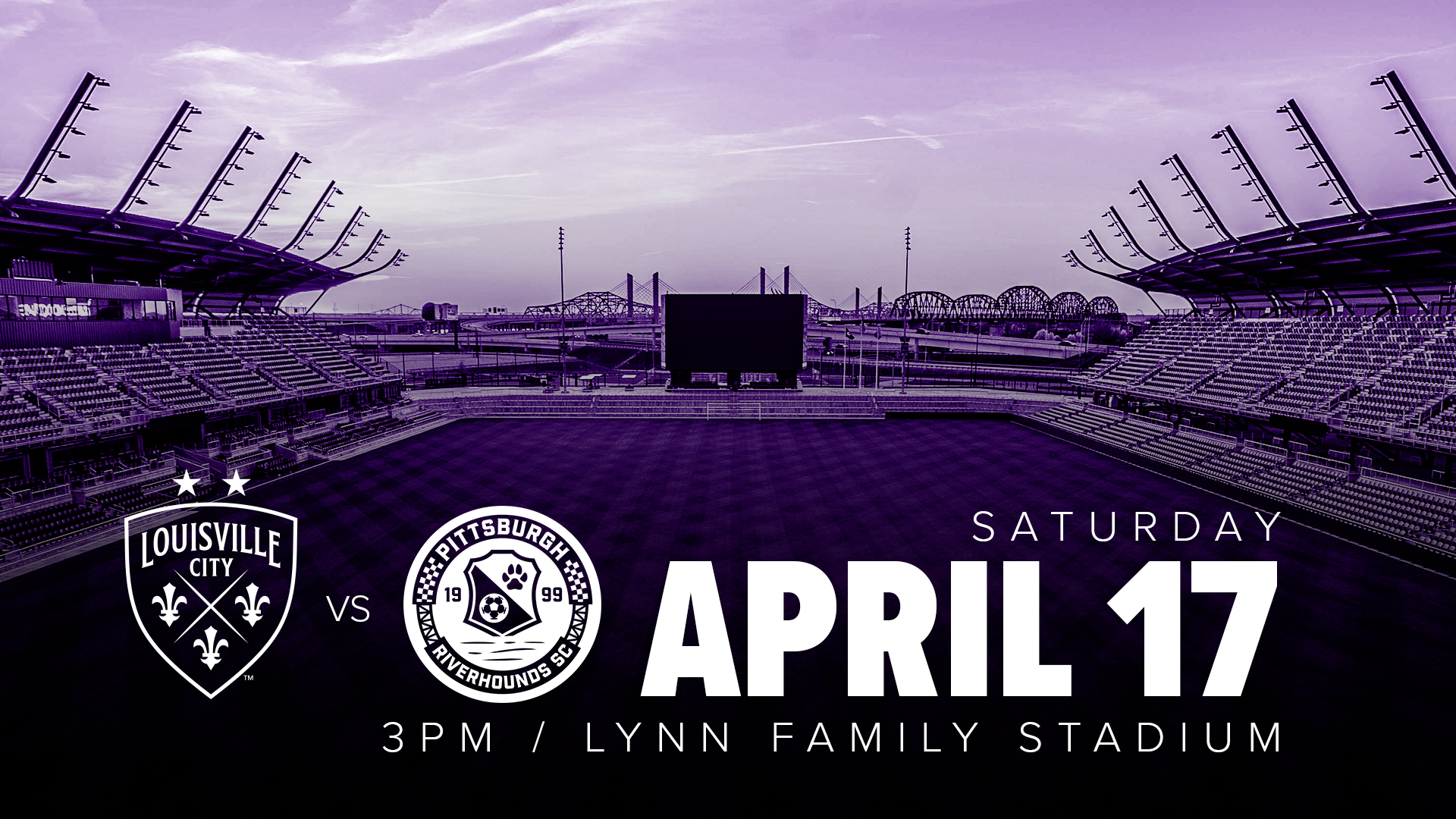 The exhibition has been pushed back a day from its original spot on the calendar to April 17 with kickoff at 3 p.m., ideally positioning the game one week out from LouCity’s regular season opener. The new date also avoids any conflict with sister club Racing Louisville FC’s away NWSL Challenge Cup game April 16 against the Washington Spirit.

Season ticket members will be emailed to access a 24-hour presale starting Monday and receive complimentary parking for the LouCity-Pittsburgh friendly. Any remaining seats go on sale to the public at 12 p.m. Tuesday.

Gates open 90 minutes before kickoff, and concession areas will be open as LouCity seeks a true stadium game experience ahead of its regular season.

“Facing Pittsburgh in our final preseason match here at home is a perfect way to prepare for the following week's opener," said John Hackworth, LouCity's head coach and sporting director. "(Pittsburgh coach) Bob Lilley always had his teams well prepared, so we know that we will get a stern test. Moreover, playing in Lynn Family Stadium with our fans in attendance will allow us to experience all the actual game day rhythms from logistics to emotions.

"We can’t wait to engage with our faithful fans at home for the first time in 2021.”

Annual rivals since LouCity launched in 2015, Louisville and Pittsburgh will not meet in the regular season while operating under new division alignments set by the USL Championship. The boys in purple play the majority of their games against Central Division foes, while the Riverhounds hail from the Atlantic.

Contests between the two sides have been historically competitive with LouCity posting a 5-5-4 record across all 14 meetings. It was LouCity which most recently came up on the winning side of the rivalry when the boys in purple defeated the Riverhounds by a 2-0 score to open last year’s playoffs in the Eastern Conference Quarterfinals.

A rematch will mark the first opportunity for the public to see LouCity in town since last October and for many locals the chance to finally take in a game at Lynn Family Stadium, which opened last year amid the COVID-19 pandemic.

Following the Pittsburgh friendly, LouCity will begin its 2021 USL Championship campaign on April 24 when hosting Atlanta United 2 in the first of 32 games. Visit LouCity.com/2021-schedule to see the full calendar.