Featuring for the boys in purple are four cross conference/regional matchups. 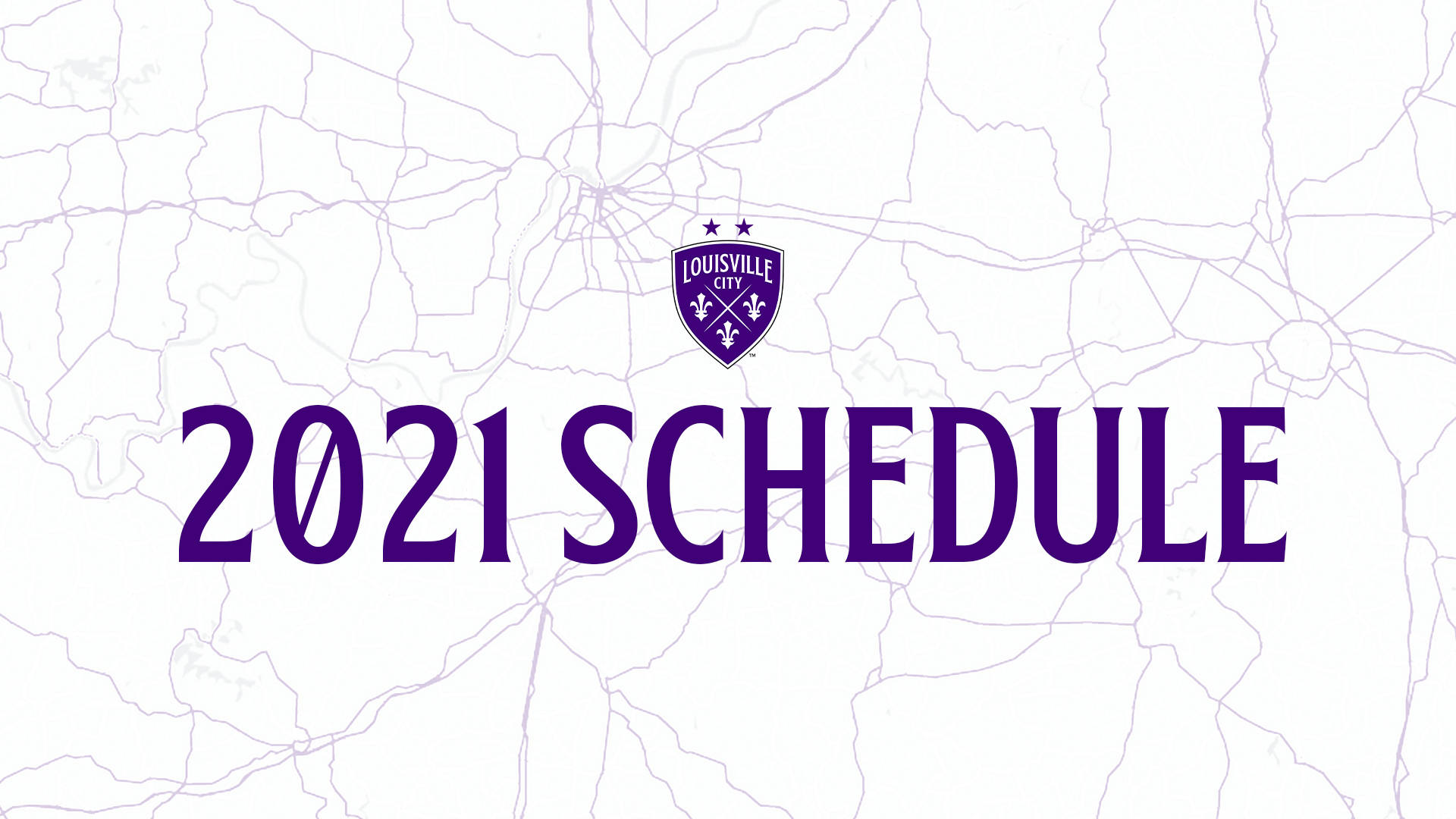 On May 22, the boys in purple host San Diego Loyal SC — co-owned and managed by U.S. Soccer legend Landon Donovan — and on Oct. 3 receive a visit from New Mexico United, one of the league’s most well-supported clubs since its launch three years ago.

Those four cross-conference and regional matchups complement the bulk of a regular season to be played within the Eastern Conference’s new Central Division. Starting with the April 24 home opener against Atlanta United 2, LouCity will match up against each divisional opponent twice home and away, accounting for the 2021 season’s remaining 28 games.

More information regarding stadium capacity, kickoff times and broadcast assignments will follow in the weeks to come.

“We’re glad to have more dates to work toward, especially visits from San Diego and New Mexico that will be highly anticipated matchups for our fan bases,” said LouCity’s head coach and sporting director, John Hackworth. “At the same time, this schedule presents a number of challenges.

“While we’re starting the season as early as allowed, the back half of the season is congested with games well beyond normal. Finding ways to keep legs fresh will be key while pushing for another trophy.”

LouCity, which has brought back the core of a roster that advanced to last year’s Eastern Conference Final, will be vying to win its third USL Championship Final in 2021. Among the club’s returners are All-League First Team forward Cameron Lancaster and defender Sean Totsch.

The rest of the Central Division consists of rival Indy Eleven — which will not have defeated LouCity in 1,120 days when the clubs next meet on May 29 — along with Birmingham Legion FC, FC Tulsa, Memphis 901 FC, OKC Energy and Sporting KC II.

San Diego Loyal’s Donovan, who led the club to a playoffs near miss in its debut season last year, remains the joint U.S. Men’s National Team leader in goals (57) with Clint Dempsey and is alone atop the assists list (58). His presence won’t be the only story line when San Diego visits with Hackworth’s oldest son, Morgan, a defender for the Loyal.

As for Louisville’s other Western Conference visitors, New Mexico United led the USL championship in attendance in 2019 at 12,963 per game, ensuring a large crowd will be on hand at Lynn Family Stadium with plenty more watching from afar.

The club’s first cross-conference away date should be a headliner for Colorado Springs as well. Its new venue, Weidner Field in downtown, will hold 8,000 fans and notably is the USL Championship’s highest elevated stadium some 6,035 feet above sea level.

Hartford hails from the USL Championship’s Atlantic Division, Colorado Springs from the Mountain Division and San Diego from the Pacific Division. The league's 2021 playoff format is to be announced.

May 8: LouCity vs. Birmingham Legion FC

May 29: LouCity vs. Indy Eleven