The boys in purple are among just four USL Championship squads included. 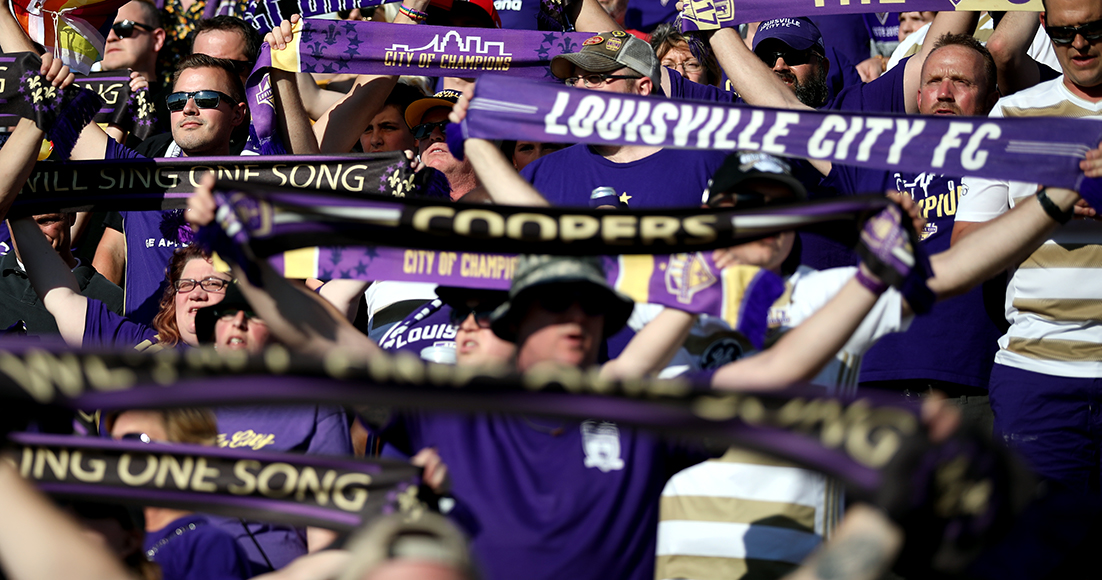 Louisville City FC has another trophy to chase in 2021.

The boys in purple are among four USL Championship squads and 16 clubs overall selected to participate in the Lamar Hunt U.S. Open Cup, America’s oldest knockout tournament that includes teams across multiple divisions up to Major League Soccer.

After canceling last year’s Open Cup amid the COVID-19 pandemic, U.S. Soccer has shortened the field this year with the first of four rounds to be played on May 18 and 19 leading up to a late June final.

“We’re really happy to be in the U.S. Open Cup and get to test ourselves against the best teams in the country,” said LouCity’s head coach and sporting director, John Hackworth. “Under this format, it’s easier to conceptually think about us reaching that final because we have three games to get to that point. That’s something we’ve talked about a lot and been successful doing in the past.”

At its meeting last week, U.S. Soccer’s Open Cup Committee made the difficult decision not to hold the tournament’s previously planned Opening Round, which was scheduled for May 4-5. The Committee cited the challenges still in place due to the COVID-19 pandemic given the competition is played across the country involving clubs from amateur divisions.

Following a  USL Championship Board of Governors meeting, it was voted upon that the four Eastern and Western Conference finalists from the 2020 season would represent the league in the adjusted 2021 competition. Joining LouCity are El Paso Locomotive FC, Phoenix Rising FC and the Tampa Bay Rowdies.

LouCity, which has won two USL titles and advanced to the Eastern Conference Final in each of its six seasons, has also seen much success in the Open Cup. The boys in purple advanced to at least the third round in their five tries and ran all the way to the quarterfinal in 2018 thanks to a victory over MLS’ New England Revolution.

Despite the reduction in rounds and participants, the Open Cup will still have representation from each of the four divisions that normally compete in the tournament. MLS squads will face lower division competition to start.

The eight MLS participants will be selected based on average points per game earned as of May 3, three weeks into the league's season. Additionally, Greenville Triumph SC from USL League One and Detroit City FC from the National Independent Soccer Association are in the field along with two open division slots to be determined later.

Ticket information — if LouCity is granted a home game — will be announced later. All Open Cup games will be streamed live on ESPN+.

April 7: Draw held to determine Open Division participants into Round of 16

April 19: Date for confirming Round of 16

May 3: Date for determining MLS participants into Round of 16

May 4: Round of 16/Quarterfinal Draw