The youngsters will travel as LouCity takes on Nashville, Austin and Houston. 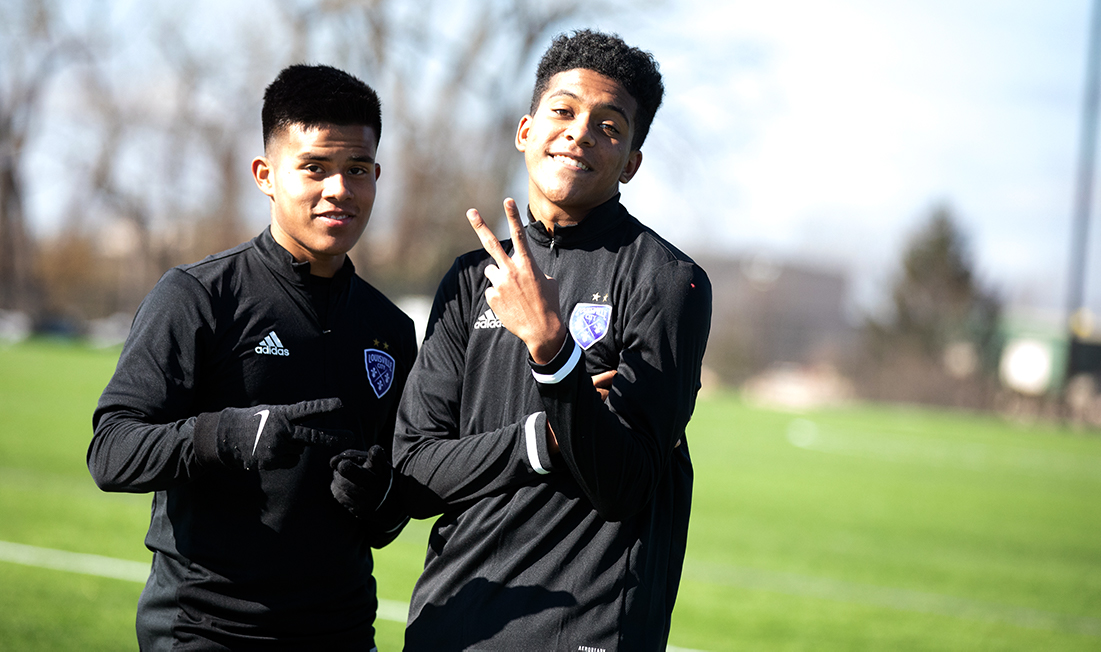 Since signing Carlos Moguel and Joshua Wynder to USL Academy contracts for the 2021 season, Louisville City FC’s technical staff has worked both into a number of first team training sessions.

Within the next couple of weeks, the teenagers could be called upon in games against Major League Soccer opponents, too.

The 17-year-old midfielder Moguel and 15-year-old defender Wynder have been selected to travel with LouCity as preseason play continues Saturday at Nashville SC, then swings through Texas for matchups with MLS expansion side Austin FC and the Houston Dynamo.

“It’s just part of our overall philosophy that once we sign these guys, we have to commit to giving them opportunity,” said LouCity’s head coach and sporting director, John Hackworth. “But it goes hand in hand with them having to earn it. Both Carlos and Josh have done an excellent job each time we’ve brought them in to compete with the first team.”

Moguel, who Hackworth describes as a box-to-box midfielder, is a senior at Martha Layne Collins High School in nearby Shelbyville, Ky. He has been named to all-state, all-area and all-Louisville teams in addition to working within the LouCity youth academy’s top flight.

“I’m grateful that the coaches gave me this chance,” Moguel said. “Now that I have the opportunity, it’s go time. It’s going to be hard, but playing-wise, the academy can prepare you for this.”

Moguel said he was 12 when he first watched LouCity — then an upstart USL Championship franchise playing games in a baseball stadium. At the time, he couldn’t have imagined he’d be on the pitch alongside many of those same players a few years later, calling the sparkling new Lynn Family Stadium home.

For Wynder, this path has already been blazed by another member of his family. He’s the younger brother of midfielder Elijah Wynder, who in December became LouCity’s first academy player to sign a pro contract.

Joshua Wynder played the second half of the club’s preseason opener last Saturday at FC Cincinnati. While he was on the pitch, the boys in purple scored twice in a 3-0 win over MLS counterparts.

“I was a little nervous at the beginning,” Wynder said, “but it was a great experience.”

Now he’s looking forward to some extended time with the first team.

“It’s good to see the environment the pros have — how they hold each other to a high standard,” Wynder added. “My dream is to go pro, so I’ve got to get used to it now so I’m ready when I get the chance.”

Moguel and Wynder are two of LouCity’s seven youth system players on USL Academy contracts, which allow players to maintain their amateur status. Others include forwards Dino Hodzic and Hunter Sekelsky as well as defenders Anthony Cano, Owen Damm and Sebastian Sanchez.

“They’re doing a good job of being prepared and ready,” Hackworth said of the pair picked for this month’s trip. “We feel very comfortable to the point that going into a stretch where we’re going to play three MLS teams, we feel confident that when needed, those guys are certainly going to play.”