LouCity winds up for 2021 campaign with 'three-phase' preseason

The boys in purple are preparing for kickoff on or around May 1. 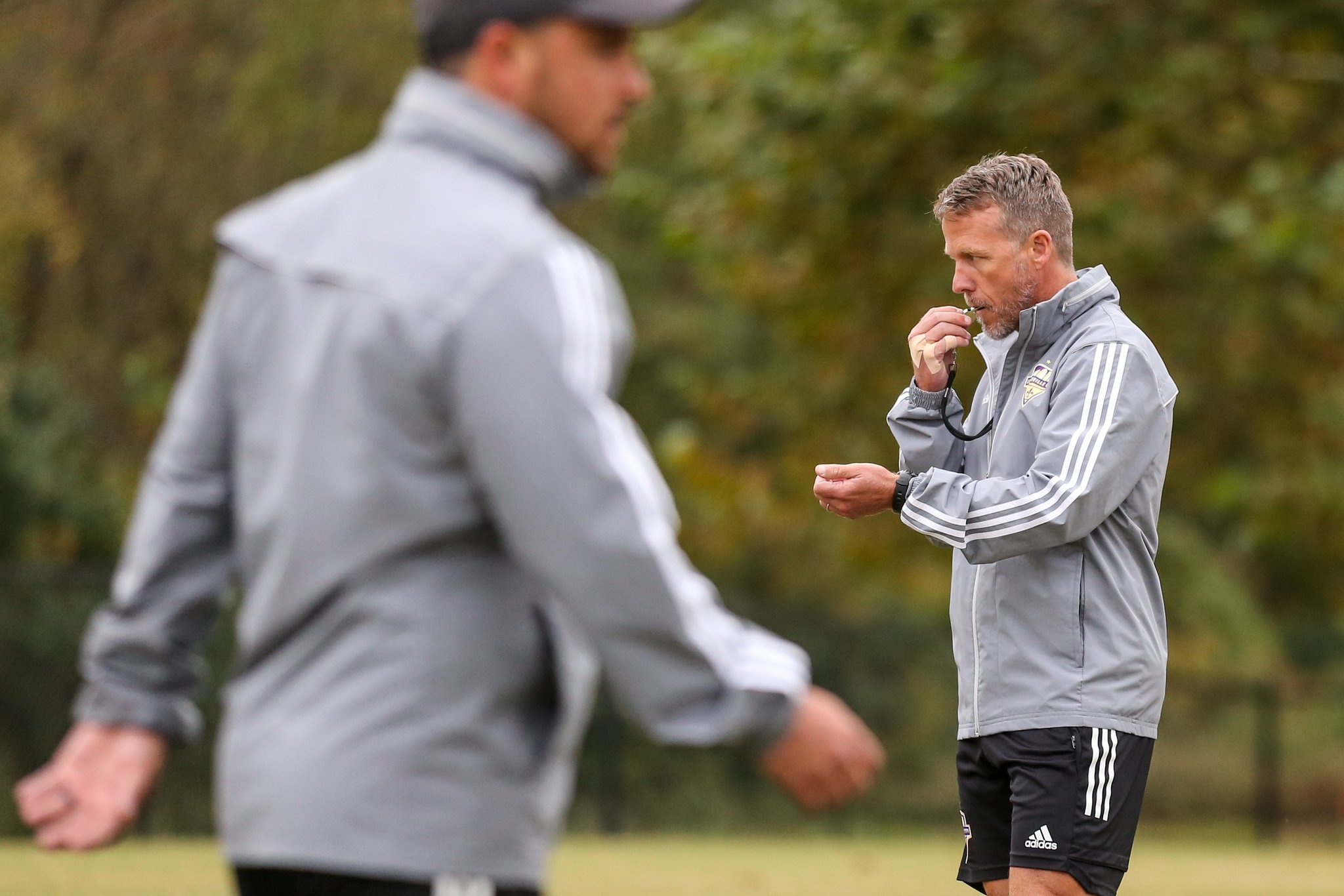 In a normal year, Louisville City FC players would be on the eve of a preseason trip to warmer climes, usually at the IMG Academy campus in Bradenton, Fla., for a series of vigorous two-a-day training sessions ahead of a season kickoff in March.

This, of course, has been the most abnormal year of our lives.

The boys in purple on Monday will instead begin a more gradual run up to a USL Championship campaign starting on or around May 1 with what Head Coach and Sporting Director John Hackworth calls a “three-phase” preseason.

“We’re using this opportunity to have a longer periodization plan for our players,” Hackworth said. “We’re going to ramp up slower than usual in terms of the volume and intensity of training. We don’t have any games currently scheduled for that time, but a lot is changing in the world of soccer right now.”

Phase 1, through February, will begin training with once-daily sessions. Phase 2, in March, marks a point when the technical staff will be looking for games as Major League Soccer clubs open their own camps. Phase 3 puts the finishing touches on physical conditioning for a 32-game USL regular season.

LouCity will spend its preseason both on natural grass fields at Thurman Hutchins Park and turf surfaces at the site of its new Champions Park training facility. In a matter of weeks, a Tahoma 31 grass pitch matching Lynn Family Stadium’s surface will be ready, making the facility grounds the club’s permanent training home.

City returns the core of a team that finished a condensed, 16-game season in 2020 with the Eastern Conference's best record. The boys in purple advanced to the Eastern Conference Final for a sixth straight year and in 2021 will be seeking to add a third star above their crest having raised USL Cups in 2017 and 2018.

“From a tactical standpoint, we’ll be making sure everyone understands their roles and responsibilities,” Hackworth said. “We’ll bring the new players on our roster along in such a way that they can learn the information a lot of our guys will be reviewing. It’s a big advantage to have such a large number returning.”

Players traveled back to market in recent days to begin a mandatory quarantine period, and each will be COVID-19 tested before training starts. The boys in purple went the balance of the 2020 season without a positive test from its “covered persons” list including players, coaches and select staff members who come in contact with the team.