The Frenchman will compete for playing time alongside of Chris Hubbard. 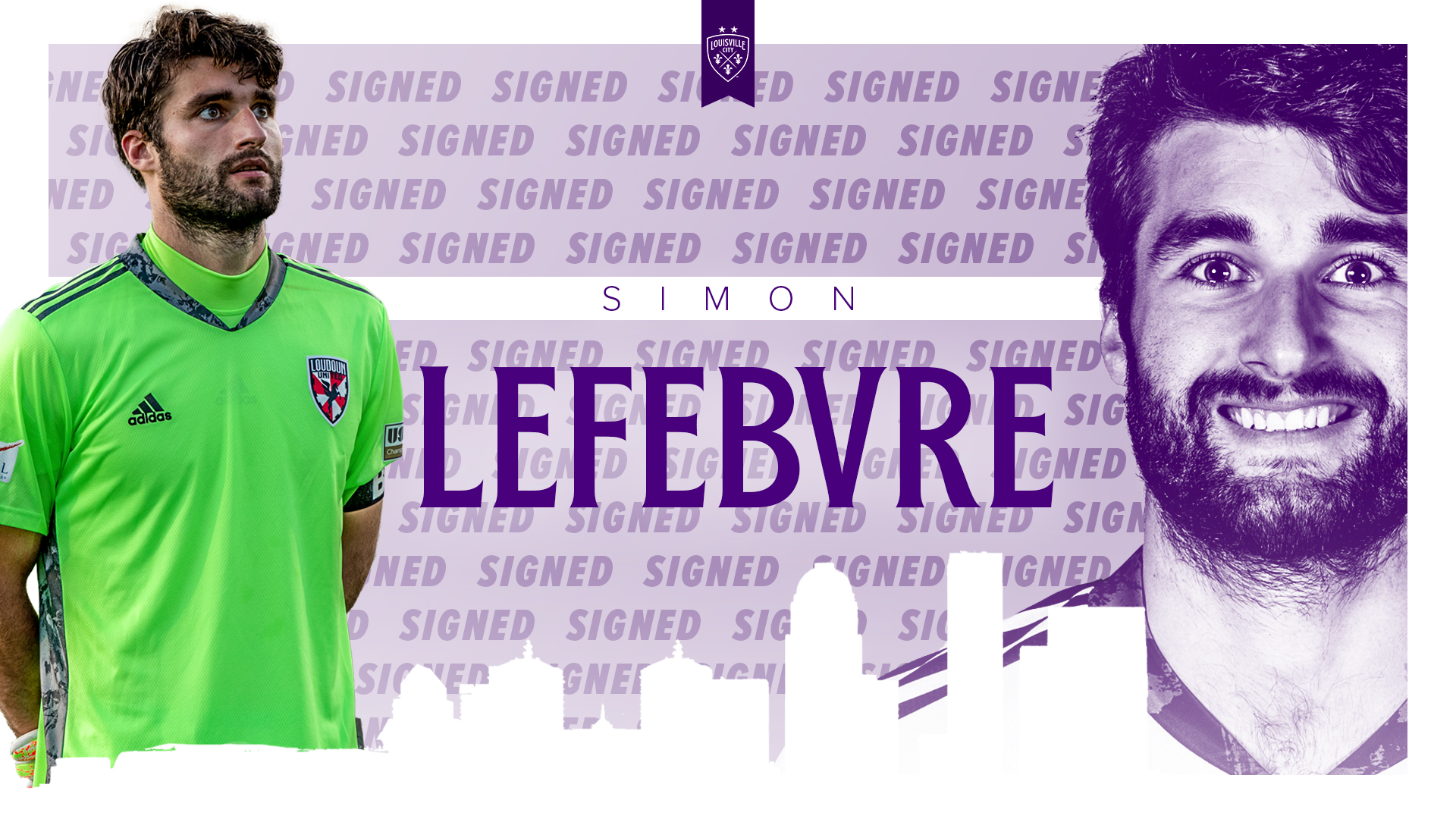 The deal, pending league and federation approval, brings to LouCity a 23-year-old who trained with D.C. United through the 2020 preseason. Lefebvre — his name's pronounced as "Siy-MOAN lə-FEV-rə" — eventually signed with USL Championship affiliate Loudoun United, going on to post a 72.9% saves success rate in six appearances.

“Simon is a player that comes highly regarded from all the coaches that he has worked with in recent years," said John Hackworth, LouCity's head coach and sporting director. "When we watched his games from last season with Loudoun and his college career, it was easy to tell that he has excellent tools to be a top-level goalkeeper.

"Simon knows the expectations of this club and has heard the standards to which we hold our players accountable. From all indications, he is ready to take on that challenge.”

Lefebvre, who stands tall at 6-foot-9, fills a void left by Ben Lundt, another former MLS SuperDraft selection who spent two seasons on loan to LouCity. Lundt was voted the USL Championship’s Goalkeeper of the Year for 2020 before recalled to FC Cincinnati for 2021.

Travel restrictions returning from his native France as the USL Championship resumed play last summer limited Lefebvre’s opportunities in his debut professional year. He’s looking forward to a full campaign next with LouCity.

“When my agent told me about Louisville, I called Ben,” Lefebvre said. “He told me only good things — that it’s an easy choice to sign there. I’m excited to join the team.”

Lefebvre came up as an academy player for Girondins de Bordeaux, a member of Ligue 1, France’s top tier of soccer. From 2010-2016, he rose in rank to total 18 appearances for the reserve team.

Lefebvre finished his amateur career at Temple University, where he saved 122 shots and registered a 1.21 goals against average in 35 collegiate appearances. He then became the Owls’ best-ever MLS SuperDraft pick.

Scott Budnick coaches goalkeepers for LouCity, with Lefebvre set to compete for playing time alongside Chris Hubbard, a Louisville native entering his fourth season at the club.

“We are certainly glad to have Chris back for the 2021 season, as he is a high-level goalkeeper in our estimation,” Budnick said. “But it is imperative that we maintain our culture of accountability. One way to do this is by creating competition at every position, and our expectation is that Simon will vie with Chris for the No. 1 shirt.

“We like Simon’s skillset. He has good size, fast reactions and is brave off his line. He also distributes well and will complement our style of play, which is crucial. Simon’s mentality and character should meld quickly with our culture and returning players.”