The USL Goalkeeper of the Year led the league in clean sheets in 2020. 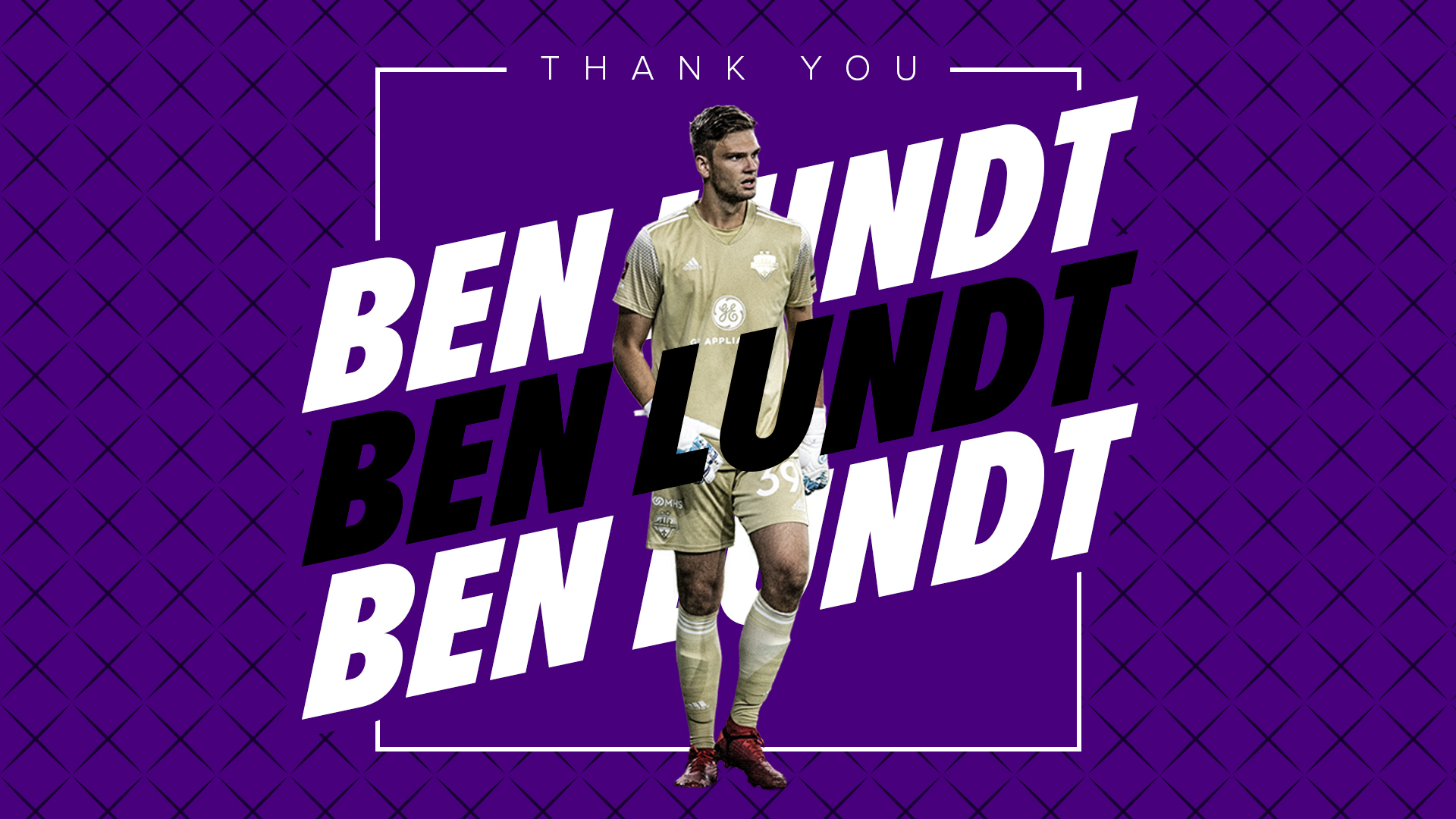 While the USL Championship’s Goalkeeper of the Year isn’t due to return to LouCity in 2021, that’s because he’ll have the opportunity to earn Major League Soccer playing time at FC Cincinnati, which recently picked up Lundt’s contract option.

“We want to thank Ben for his contributions to our club in the last two years,” said LouCity’s head coach and sporting director, John Hackworth. “We feel that Ben’s development as a player and person was mutually beneficial to us and FC Cincinnati. When two clubs work together in a positive manner, a player like Ben has the opportunity to grow and build toward a future at the same time.

“While we will miss Ben in 2021, we will be rooting for his continued success with FC Cincinnati.”

The 6-foot-6 force extended his stay in 2020, making an instant impact with his highlight save March 7 in a 1-0, season-opening win at North Carolina FC. Once the season restarted in July, he put together an All-League campaign, consistently coming up big in select spots behind a formidable LouCity defensive line.

“Thank you, Louisville, for the past two years,” Lundt said. “This club and city has made me feel at home and truly helped me grow as a player. The coaching staff and the players have challenged me to be the best I can. Playing in Louisville is an experience I will never forget and had set me up for success in my next journey.”

The 25-year-old, who appeared in all but one of LouCity’s 2020 contests, led the USL in clean sheets with nine. His 74.4 save percentage during the regular season ranked second-highest in the Championship among goalkeepers who appeared in at least 14 games, while his 0.73 goals-against average placed him among the league leaders.

Lundt went out with a bang in the playoffs, making a career-high 10 saves, including an early penalty stop, in LouCity’s 2-0 Eastern Conference Semifinal victory over rival Saint Louis FC.

While Lundt won’t return for LouCity in 2021, the majority of the roster will be back from a squad that reached the club’s sixth straight Eastern Conference Final. Louisville native Chris Hubbard is among those players and figures to battle for the starting goalkeeper job.