Crawford: LouCity goes the balance of 2020 with no positive tests

The boys in purple kept COVID-19 away without a so-called "true bubble." 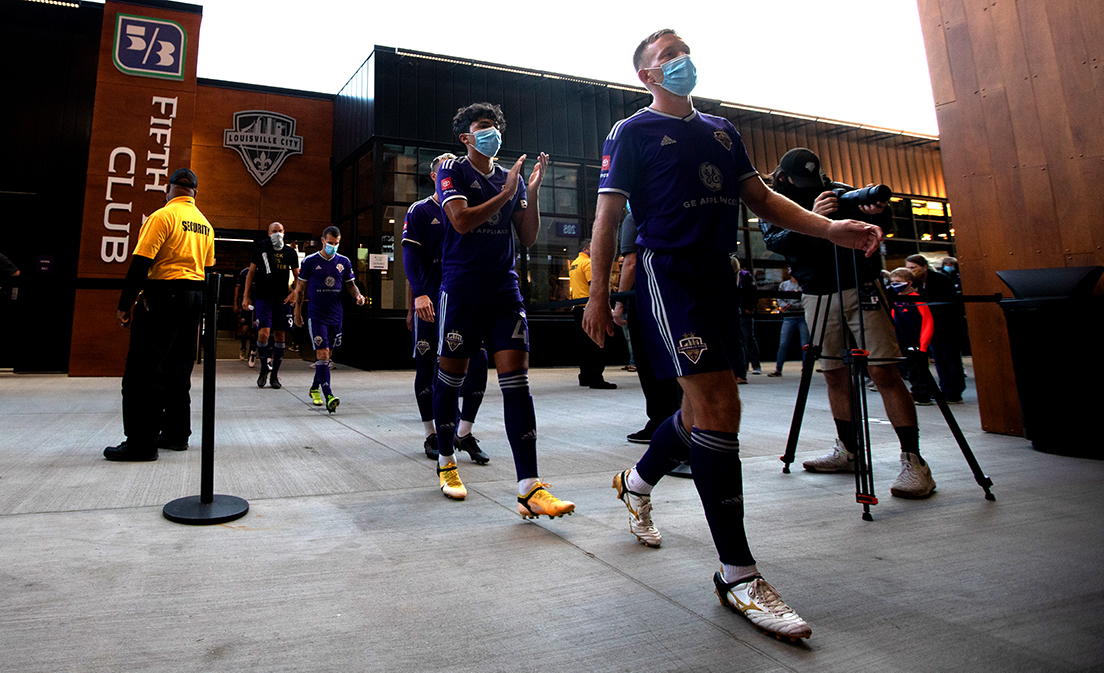 Only once during Louisville City FC's 2020 season was the schedule tweaked as a result of COVID-19, and that happened when an opposing side's positive tests postponed a game.

The boys in purple, meanwhile, produced only negatives during a run from mid-June through October, a feat detailed this week by WDRB's Eric Crawford.

Having interviewed a number of club personnel, Crawford wrote that discipline, sacrifice and character were common themes in LouCity's off-the-pitch behaviors that led to these numbers: an average of 36 people tested weekly, totaling more than 6,000 results with no positives for COVID-19.

"I’ve said this many times over and to colleagues worldwide, this group of men is one of the best I’ve ever been around because of that," LouCity coach John Hackworth told Crawford. "We didn’t have to harp on it. We didn’t have to go into crazy details about the whys. It was, this is what we have to do, let’s do it.

"I use the word trust. You trust it. We all trusted it. All of us had lives affected and changed, but we put it on each other to do what was right in this crazy pandemic to try and get through it.”

While playing in market in front of 4,850 fans per game, LouCity didn't have a full bubble to stay within such as used for returns to play by the NBA and MLS. But players on the "covered persons" list -- players, coaches and those who came into contact with them -- each maintained a certain lifestyle to minimize risk of contracting COVID-19.

“When our players got home, they didn’t do anything outside of the bubble, so to speak,” LouCity president Brad Estes told WDRB. “And to do that without the infrastructure of a true bubble just shows the willpower and seriousness that these athletes have, and we’re extremely proud of that.”

Read Crawford's full piece -- and the measures taken by LouCity players to ensure a safe season -- via WDRB.com.