Totsch locked in as latest returner; 'This has truly become my home'

The All-League defender will make 2021 his fifth season in purple. 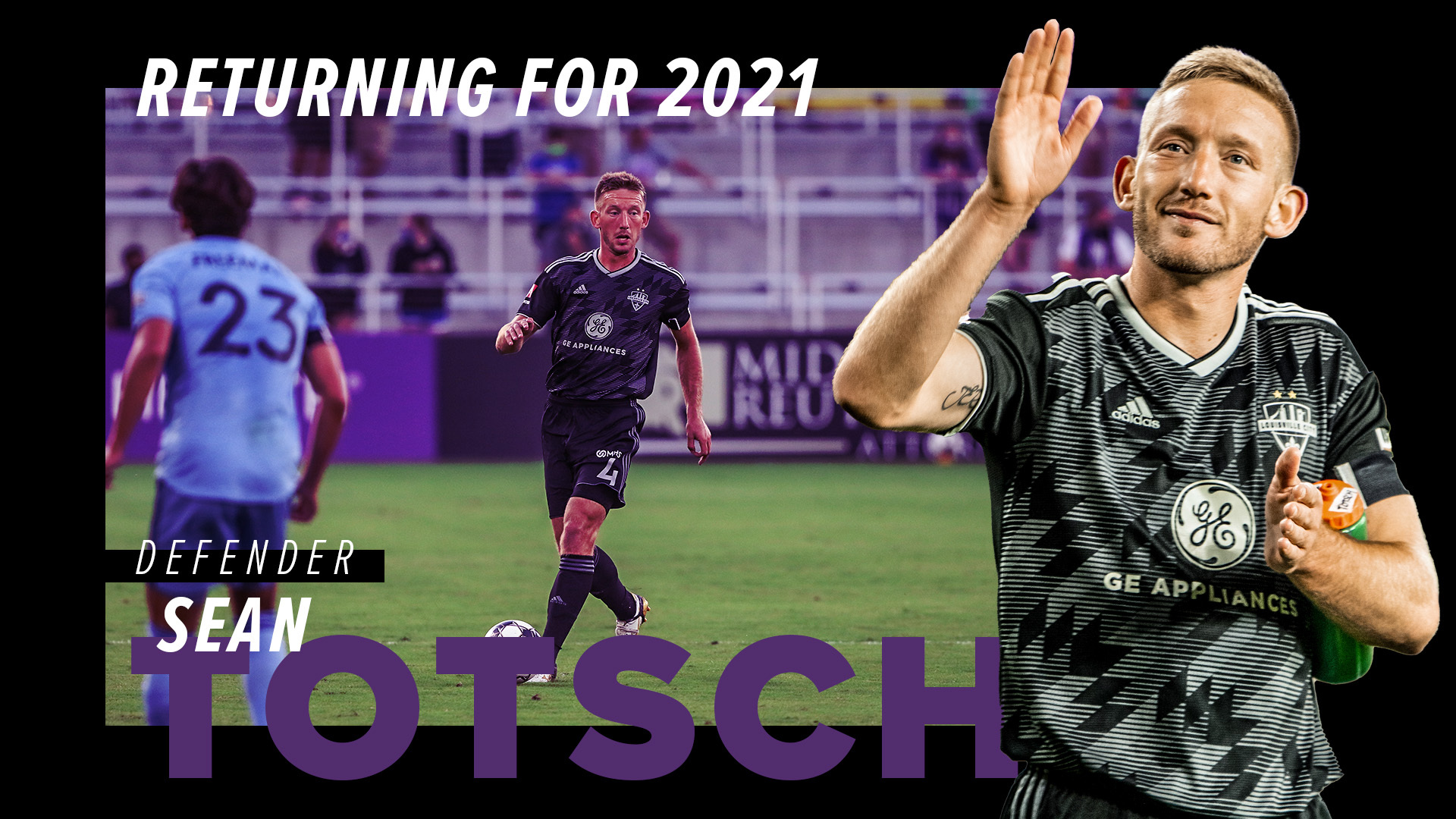 The contract, which is pending league and federation approval, keeps with LouCity a center back who led the club in key defensive categories in 2020 en route to earning a spot on the All-League First Team.

“We’re super excited to re-sign Sean,” said LouCity coach and sporting director John Hackworth. “He’s coming off his best season as a pro, he has matured on and off the field, and we are looking forward to his leadership on the back line for many years.”

Totsch made 2020 his best individual campaign yet, totaling 55 clearances — 16 more than anyone else on the roster — while leading LouCity in tackles/tackles won (41/29) and interceptions (31). As a result, the boys in purple conceded an average of just 0.65 goals per game in Totsch’s 14 regular-season appearances.

Totsch also had a highlight year off the pitch. Now a homeowner in Louisville, he proposed to his girlfriend, Aysia, before LouCity’s Oct. 3 season finale at Lynn Family Stadium.

“I’m very happy to sign a new contract in Louisville,” Totsch said. “This has truly become my home. I’ve met my fiancé here, bought a home and made countless friends. The people of Kentucky have be so gracious to me, and I’m so appreciative of them. We have a standard of winning in this city, and it is my goal to maintain and achieve these high standards.”

Alluding to both his kit style and personal mantra, Totsch added: “Glad to keep Louisville #tuckedinlockedin.”

Totsch made 2020 his fourth season in Louisville. The 29-year-old Northern Illinois University product first played professionally for the Rochester Rhinos, winning a USL title in 2015 before hoisting two more cups with LouCity in 2017 and 2018.

His resume is unmatched across the league with Totsch having appeared in 163 USL games, winning 94 of those — most of any player the last six seasons. In 20 playoff games, Totsch’s teams have gone 16-2-2 and conceded only 11 goals.

“When you look at the type of person we want representing Louisville City FC both on and off the field, Sean exemplifies that,” said Danny Cruz, LouCity’s assistant coach and technical director. “He understands the responsibility and expectation that we have at this club to compete for a championship every year. He is a proven winner that knows the work that it takes to lift a trophy at the end of the season. For us, that is invaluable.”

Totsch is the latest name added to LouCity’s 2021 roster as the club reloads following a sixth straight trip to the USL Championship’s Eastern Conference Final. Negotiations are continuing with players out of contract with more returners expected to be named in the coming weeks.