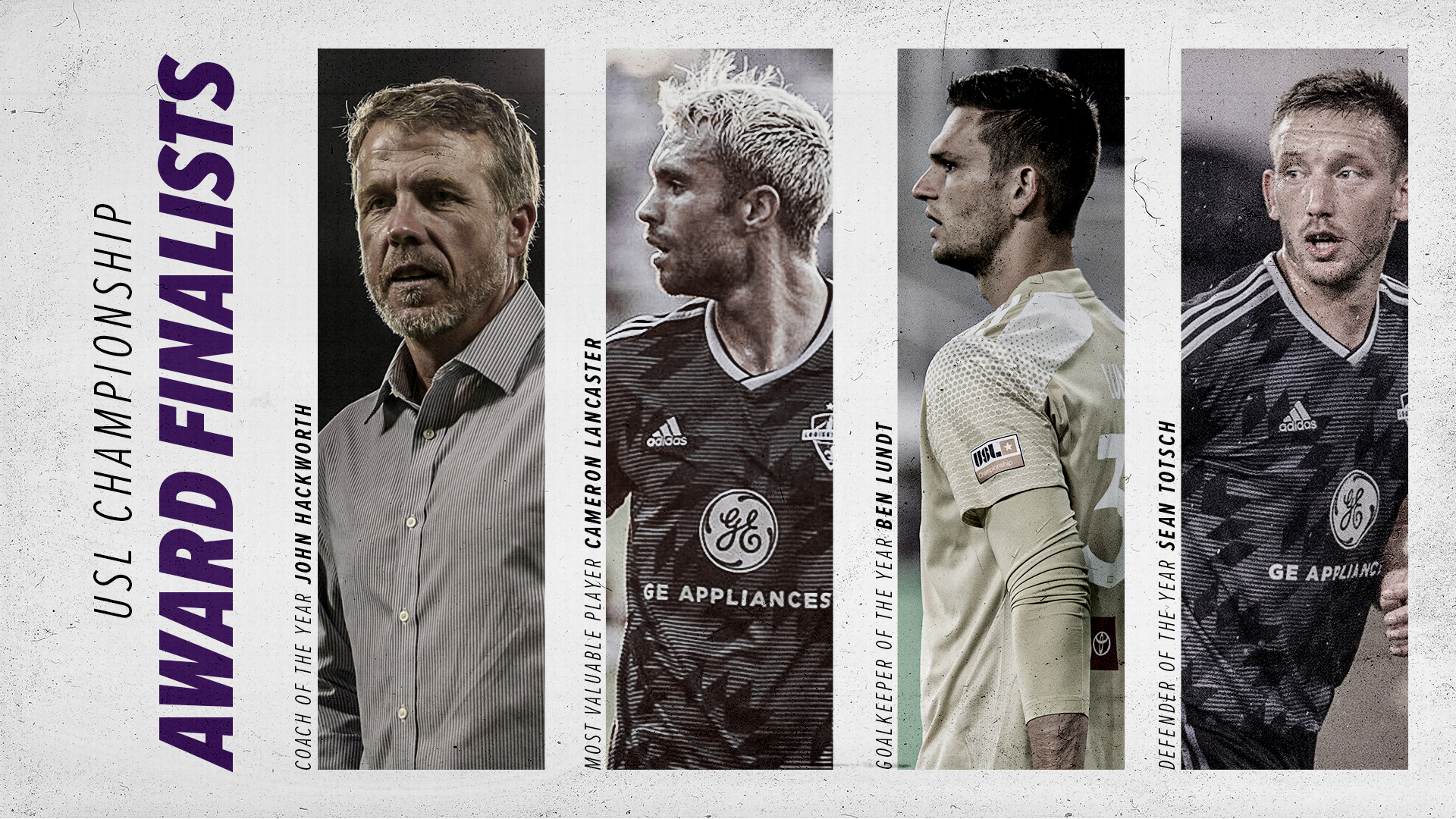 A quartet of Louisville City FC personnel — most of any within the 35-team league — was announced Thursday as USL Championship Award Finalists for the 2020 season as voted on by team management and a league-wide media panel that included representation from every USL market.

Winners will be named next week, with the following up for some hardware…

Returning to LouCity on loan from Nashville SC in 2020, Lancaster, also a finalist for this award in 2018, was an offensive force all season. Lancaster led the Eastern Conference in goals scored with 12 – good for third in the league overall – and in the process reached 50 career goals in league play through just 111 appearances.

Coach of the Year, John Hackworth

Hackworth, in his second full season with the club, led LouCity to an impressive midseason turnaround with streaks that measured 13 games unbeaten and eight straight wins following a 1-3 record upon the USL restart in July. Hackworth guided LouCity to its sixth Eastern Conference Final appearance in as many years as a club.

Goalkeeper of the Year, Ben Lundt

Lundt was a wall for the boys in purple this season, recording a league-leading nine clean sheets while conceding only 13 goals. On loan from Major League Soccer’s FC Cincinnati, Lundt pushed his save success rate to 77.2 percent by stopping 10 shots in an Eastern Conference Semifinal win over Saint Louis FC.

Defender of the Year, Sean Totsch

Continuing to be an anchor on LouCity’s backline, Totsch led the boys in purple in most every defensive category this season while starting in 17 of 19 games. During a 13-game unbeaten streak that lasted into the playoffs, LouCity didn’t concede more than a goal in a single game with Totsch in central defense.