You have to go back to 2013, when the USL was far smaller, for a team to match that number. 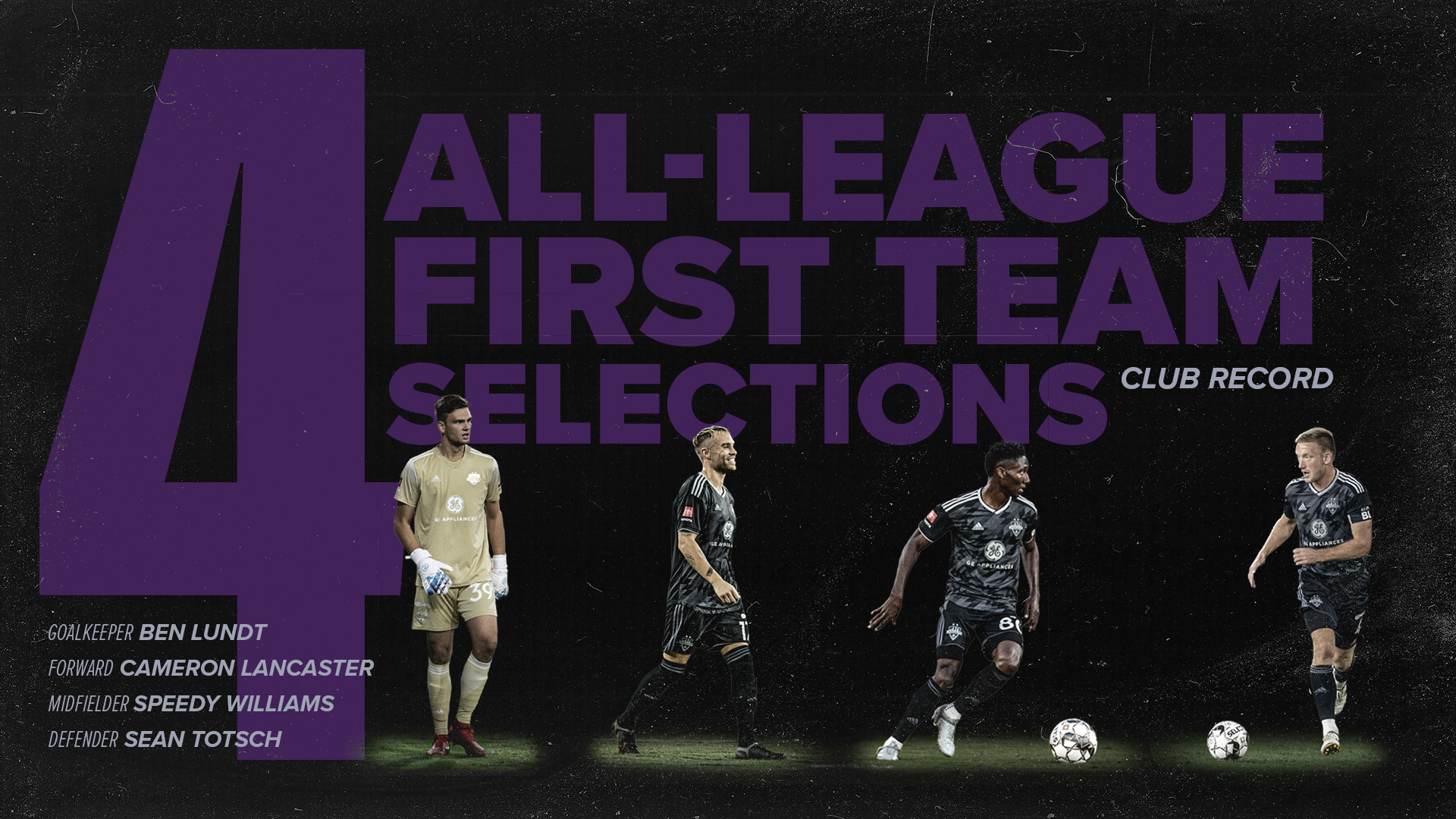 The USL Championship on Wednesday revealed an All-League First Team consisting of four Louisville City FC players — most from any club to earn the recognition in a single season since the boys in purple began play in 2015.

Forward Cameron Lancaster, midfielder Devon “Speedy” Williams, defender Sean Totsch and goalkeeper Ben Lundt were each deemed to be among the league’s best 11 players as voted on by club management and a league-wide media panel that included representation from every USL market.

It has been since 2013 that the Richmond Kickers had as many as four All-League First Team selections. That season, 13 teams played in what was known as USL Pro. This year, 35 teams competed in the USL Championship.

“This All-League representation is another sign of how talented our players are as a whole,” said coach John Hackworth. “These four are each pleasure to work and huge reasons for our success this season.”

Lancaster, the 2018 Golden Boot winner from England, had another standout campaign in Louisville while on loan from Major League Soccer’s Nashville SC, totaling 12 goals. The striker was especially potent down the stretch, netting seven goals in as many LouCity victories as the club advanced to the Eastern Conference Final.

Williams, who leads the USL Championship with 1,161 passes made, served as the club’s self-proclaimed “engine” in the central midfield, distributing from defense to a potent attack. The Jamaican international also had a breakout season scoring with a career-high four goals, including a memorable first at the newly opened Lynn Family Stadium.

Totsch, who has won three USL titles, had arguably his best season yet in central defense. His 55 clearances were 16 more than anyone else on the roster, while the Illinois native also led LouCity in tackles/tackles won (41/29) and interceptions (31). Amid a 13-game unbeaten streak toward the end of the season, the club never conceded more than a goal in a game.

Lundt, another MLS loanee, this one from FC Cincinnati, was a force in goal for the boys in purple, leading the USL with nine clean sheets. He totaled 44 saves, 10 of them in a standout Eastern Conference Semifinal performance against Saint Louis FC that included an early penalty kick stop in his final shutout of the year.

Here’s full look at the USL’s All-League teams unveiled preceding the 2020 USL Championship Final, which will air live on ESPN, ESPN Deportes and SiriusXM FC at 8:30 p.m. Sunday. The Tampa Bay Rowdies of the Eastern Conference and Phoenix Rising FC of the Western Conference meet at Al Lang Stadium in St. Petersburg, Florida.