LouCity bows out with Eastern Conference Final loss to the Rowdies

Two first half goals were more than the boys in purple could overcome. 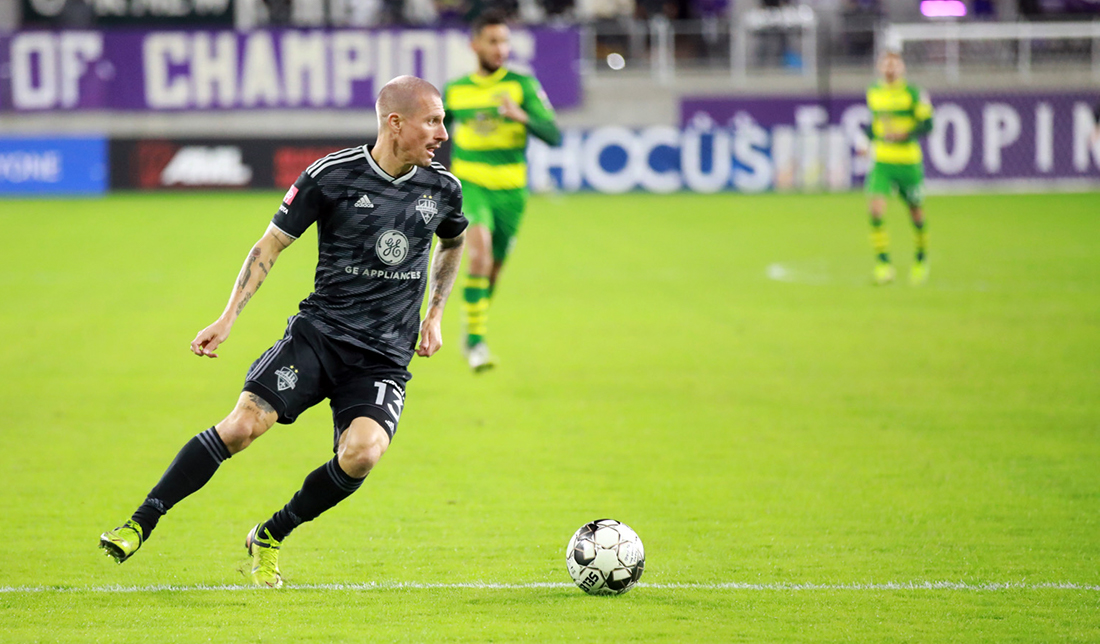 Louisville City FC’s season ended Saturday night the way campaigns do for most teams, but as of late, not for the boys in purple — with a loss.

A run of 13 games unbeaten, with eight straight wins, halted when the Tampa Bay Rowdies registered a 2-1 win at Lynn Family Stadium, taking the Eastern Conference Final and advancing to the Nov. 1 USL Championship Final.

The Rowdies scored at two inopportune times, first in the fourth minute to open things up and again in stoppage time just before the halftime whistle. LouCity was able to respond only with a dangerous 47th-minute cross that resulted in an own goal by the visitors.

“I think Tampa is a really good team, so full credit to them,” said coach John Hackworth, “but we were the ones that let ourselves down today. We looked great in the first 30 minutes in how we were attacking them, how we were pulling them apart, and how we played through them and that was beautiful.

“Giving up a goal the first time they serve the ball into the box, you can’t do that. It wasn’t that hard; it was just a 1v1 matchup and we got beat on that. You can’t do it in the 45th minute in extra time of the first half either. Two moments that undo us, but I don’t feel like we were unbalanced by Tampa.

Speaking to recent form, this marked the first game in which the boys in purple trailed since July 29 — also their most-recent loss — always scoring first whether they won or drew throughout the unbeaten run.

That resulted in a sixth straight trip to the Eastern Conference Final, putting two-time league champion LouCity a win away from appearing in a fourth straight USL Championship Final.

“We made two mistakes and gave up two goals at really bad times — one early and one right before half,” said midfielder Paolo DelPiccolo, also the team captain. “For me, those are two mistakes you can not make in a game like this. I thought there were spells where we played really good football, too.

“It’s a game we should not lose, and we cannot lose. But when you make mistakes like that, you will lose the game and that’s what happened. It’s tough to swallow.”

In front of 4,900 at Lynn Family Stadium, LouCity was forced to play from behind much of the going Saturday. The club landed a first shot on goal in the 39th minute when forward Corben Bone challenged the opposing goalkeeper from distance. It continued upping the pressure through its substitutions, finishing with just one true defender on the field.

The hosts out-shot Tampa Bay, 13-10, and controlled 68.4% of the possession in the end. It never quite resulted in them putting a ball into the back of the net, on their own at least.

Tampa Bay made this its seventh win in nine games. Like LouCity, the Rowdies exited the regionalized regular season as a No. 1 playoff seed.

The visitors showed just why that was when a Leo Fernandes cross to Zach Steinberger resulted in the game’s opening goal. The Rowdies doubled their advantage when Sebastian Guenzatti scored his 10th goal of the season, creating a lead LouCity couldn’t overcome.

“Wonderful season for us in a lot of ways,” Hackworth said. “It’s awful hard to take it right now, so we’ll need some time to put it in perspective. Such obstacles to overcome with life, with social unrest, with COVID, for this group of guys to work the way that they did — not just hard, but really intelligently, efficiently, and collectively.

“Those guys have been together, literally had to live together, train together and basically shut out the whole outside world since March. It’s tough to do and a testament to how much they care about each other.”

3’ Zach Steinberger left footed shot from the center of the box to the top left corner. Assisted by Leo Fernandes with a cross

45+3’ Sebastián Guenzatti right footed shot from the right side of the six-yard box to the center of the goal.