The forward made a name for himself in purple during last year's Eastern Conference Final. 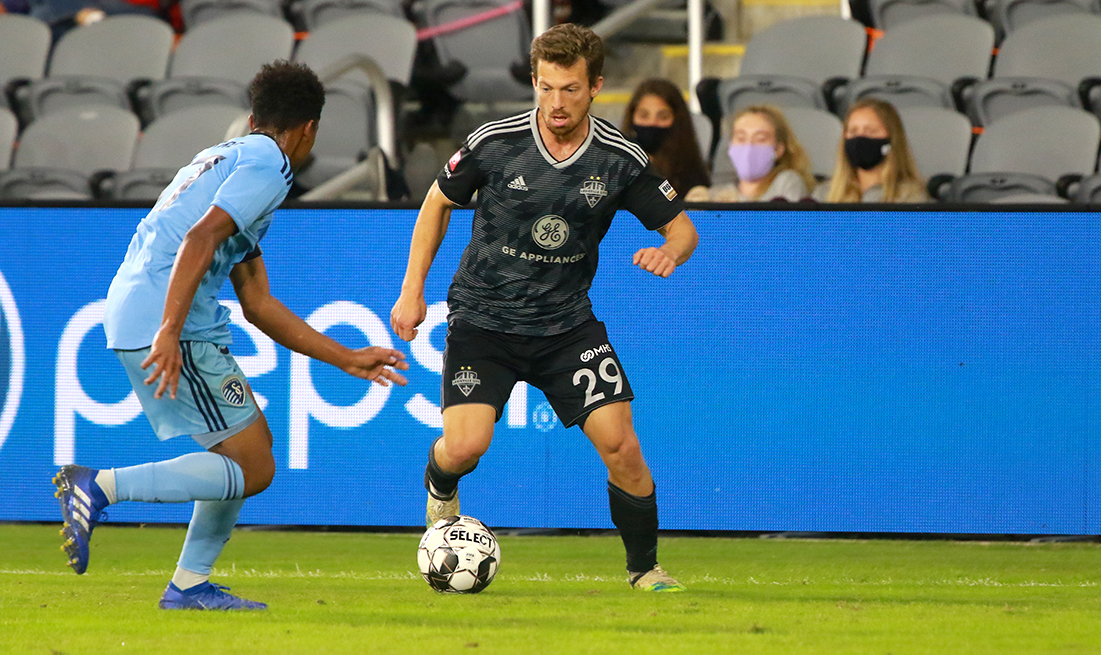 When a late-season trade from the Tampa Bay Rowdies landed Antoine Hoppenot with Louisville City FC last year, all he wanted to do was make an impact.

And boy, did he deliver.

Trailing in 1-0 in the 90th minute of the 2019 Eastern Conference Final, the boys in purple were doing everything they could to keep their season alive for one more game.

Stoppage time ticking away, Oscar Jimenez set up a corner kick that was only halfway cleared by Indy Eleven. Hoppenot wound up bagging the equalizer in an eventual 3-1 victory that sent LouCity to its third straight USL Championship Final.

“That was a big moment for us as a team,” Hoppenot said. “Getting traded mid-season, you want to make sure that you do something memorable.”

Nearly a year out from that moment, they’re still talking about Hoppenot’s strike with LouCity in the cusp of a similar opportunity, hosting, of all teams, his former side Tampa Bay at 7:30 p.m. Saturday inside Lynn Family Stadium for another national semifinal.

“I’ll never forget Antoine’s goal up in Indy, and that was at the very end of the game off a corner kick,” LouCity coach John Hackworth said. “I had this feeling that we would score.”

LouCity — 6-for-6 making the Eastern Conference Final since beginning play in 2015 — saw Hoppenot come up big for the boys in purple last weekend, too. The forward placed a beautiful cross to striker Cameron Lancaster, who settled and scored an early game winner against Saint Louis FC in the conference semifinal.

It’s plays like that one that have cemented Hoppenot – he currently leads the club with seven assists – as a key component of Louisville’s offensive attack. The native of France is currently playing at the top of his game and that hasn’t gone unnoticed by LouCity’s coaching staff.

“Having him for the second year now, he feels that much more a part of our culture, what we do, and he really enjoys it,” Hackwork said. “I said it earlier that when a player is enjoying their football, you see the best things out of them, and Antoine epitomizes that.”

The Rowdies half of last year’s trade has also proven beneficial. Forward Lucky Mkosana has provided crucial minutes for Tampa Bay off the bench in recent weeks, coming in as a sub to score in both the club’s playoff wins thus far.

On Saturday, Hoppenot and Mkosana will meet their former sides, now as more permanent fixtures.

Should we expect more Hoppenot heroics?

“This year,” he said, "I think just try and do the same thing and winning the championship is the goal.”