The national semifinal and final rounds for Division I men's soccer are coming to Louisville. 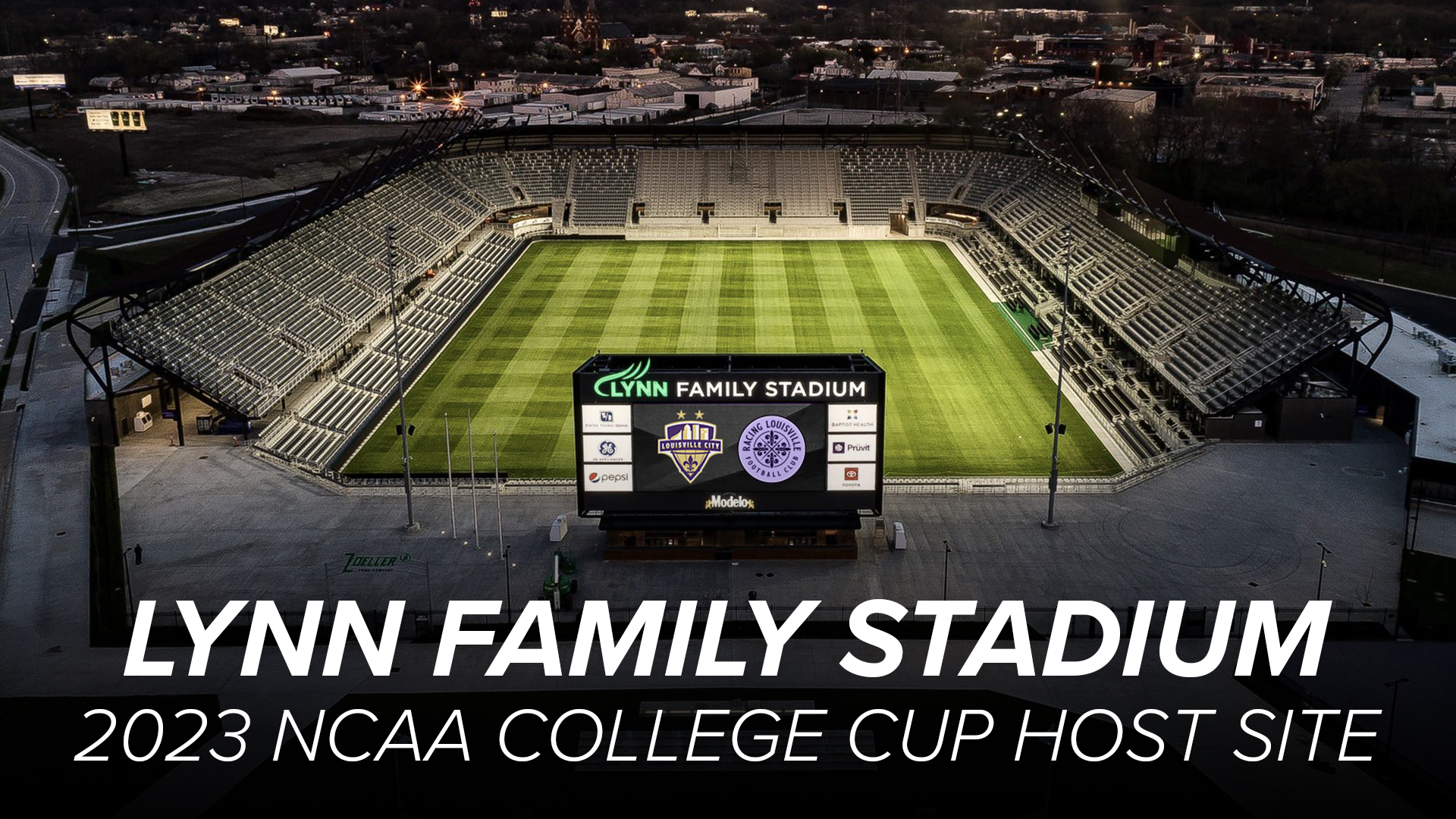 The NCAA announced Wednesday that the 2023 College Cup — the semifinal and final rounds of Division I men’s soccer — is coming to Louisville, with the University of Louisville serving as the host school.

The bid was awarded in conjunction with more than 450 sites for preliminary rounds and finals of predetermined championships in Divisions I, II and III through 2026.

“We consider Louisville a city of champions, and it will be a thrill to see one crowned on our home turf,” said Brad Estes, president of Soccer Holdings, LLC, which operates LouCity and Racing Louisville. “Along with serving as a showcase for Lynn Family Stadium, the College Cup adds to our vision of bringing high-caliber events to Louisville.”

The NCAA received more than 3,000 bid submissions from member schools, conferences, sports commissions and cities vying to host predetermined rounds for 86 of the NCAA’s 90 championships. Sites were selected by the respective NCAA sports committees and approved by the divisional competition oversight and championships committees.

“We are very pleased that the NCAA has chosen Lynn Family Stadium for the 2023 College Cup,” said Eric Granger, general manager of Lynn Family Stadium’s operator, ASM Global. “We are very appreciative of our partners at LouCity, Racing Louisville, the University of Louisville and the Louisville Sports Commission.  We look forward to showcasing the best hospitality to the student-athletes, staff and fans.”

Traditionally held over three days in mid-December, the College Cup consists of two single-elimination national semifinals before the championship game. It’s the culmination of a weeks-long NCAA tournament that in recent years has encompassed 48 teams from more than 200 eligible programs.

Opened in July, Lynn Family Stadium, located in the Butchertown Neighborhood just east of downtown Louisville, boasts a capacity of 15,304. The facility is outfitted with WiFi throughout, contains plentiful concession options and unique club and suite areas.