LouCity was perfect down the stretch of the regular season to clinch the recognition. 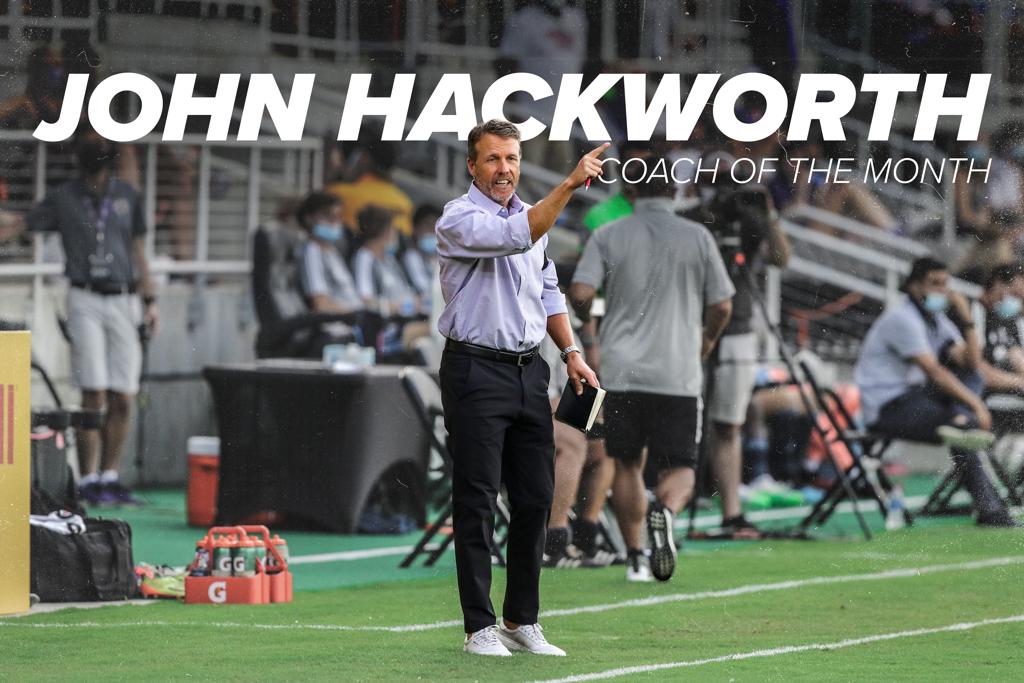 Louisville City FC’s John Hackworth has been voted the USL Championship’s Coach of the Month for September/October, earning the award after leading his side to a perfect run in the final weeks of the regular season to finish with the best record in the Eastern Conference.

Hackworth’s side claimed victory in its last six games of the regular season, earning a pair of victories apiece against rivals Indy Eleven and Saint Louis FC to surge to the top of Group E. The side’s defensive record was stellar, conceding only three goals across the six games while notching 15 goals as it found its best form of the season ahead of the 2020 USL Championship Playoffs.

“While I appreciate the recognition, the players and our entire staff deserve this,” said Hackworth. “When you’re working well collectively and things are going right, it’s a reflection of the whole group.”

LouCity will host Saint Louis FC in the Eastern Conference Semifinals of the 2020 Championship Playoffs on Saturday night at Lynn Family Stadium. Kickoff is scheduled for 7:30 p.m. ET with the game on WBKI/The CW, AM 840 WHAS and ESPN+.

Hackworth received 67 percent of the vote to earn this monthly award for the first time since taking the helm at LouCity during the 2018 Championship season. San Diego Loyal SC’s Landon Donovan finished second on 20 percent after leading his side to an undefeated record on the field in the expansion side’s final month of its inaugural season, while FC Tulsa’s Michael Nsien finished third on 10 percent after his side went undefeated and won its final three games of the regular season to earn a first playoff berth since 2017.