The boys in purple have gone 12 unbeaten with six straight wins. 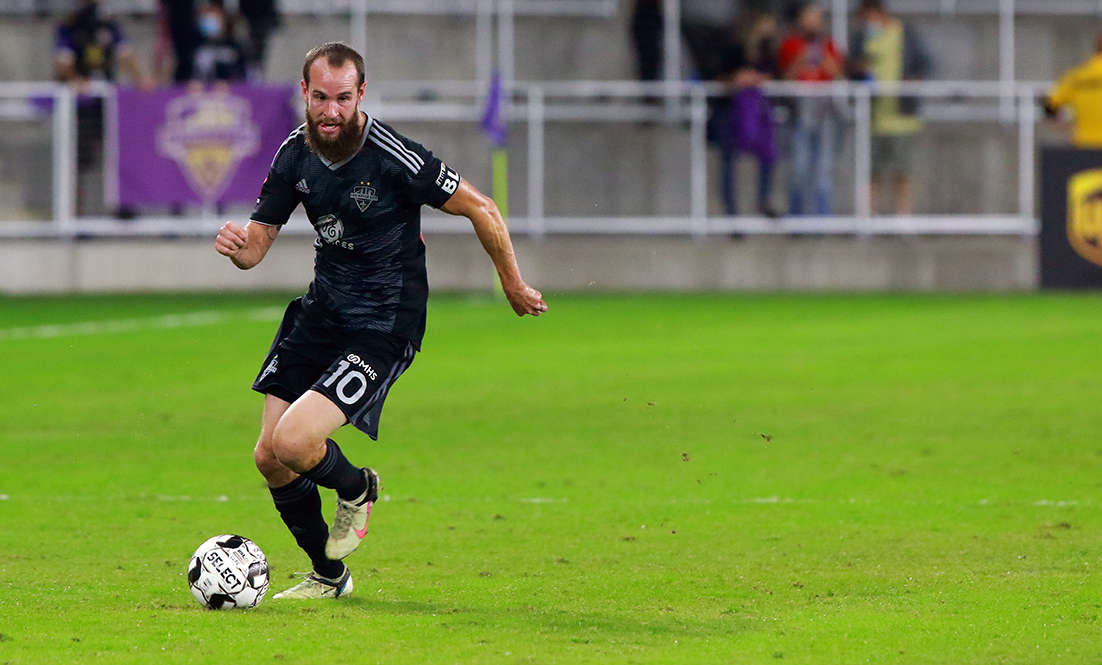 LouCity’s winning (seven games) and unbeaten (12 games) streaks are both the longest of any pro soccer club this season in the United States. That’s across all leagues, including Major League Soccer, the National Women’s Soccer League and other branches of the USL.

“I think our players and staff deserve credit because in this sport it is not easy to go on the streak that we’re on right now,” Hackworth said. "It’s just not that kind of sport.”

To boot, LouCity ended the regular season with the Eastern Conference’s best record having emerged from a group containing the well-respected Saint Louis FC and Indy Eleven. Most recently, the boys in purple handed a red-hot Pittsburgh Riverhounds SC side a 2-0 postseason defeat last Saturday.

“We have the potential to play three more games,” Hackworth said. “This is a new season for us, and that’s all that we’re focused on. If we don’t do our job on Saturday night, none of that matters. We can only think about this next game, and if we take care of business then we only have two games left. That’s our objective.”

Here’s more of what we learned from Hackworth’s conversation ahead of a 7:30 p.m. Saturday kickoff at Lynn Family Stadium…

Hackworth polled his players: Have any of them met the same opponent five times in one season? They all said no.

LouCity won the last of the Kings’ Cup rivalry series by winning twice, drawing once and losing once to Saint Louis FC during the 16-game regular season. Saint Louis FC, of course, is ceasing operations at the end of this season as a Major League Soccer franchise enters its market.

“I would say it’s a disadvantage at this point because we know each other really well,” Hackworth said of repeated meetings. “We have had more success than they have had, but it’s been really close.

“…I don’t think we have any tricks left up either of our sleeves. Saint Louis knows their best lineup and their best formation, and I think we do to. Maybe we have a little bit more flexibility in that regard, but it’s definitely going to be an interesting case of two teams who know each other really well and just competing and trying to execute.”

A 1-0 LouCity victory on Sept. 26 marked the most-recent meeting between these two. At the time, it was expected to be the final one as well.

The boys in purple guaranteed themselves a No. 1 playoff seed along with the season Kings’ Cup series. Meanwhile, Saint Louis FC’s postseason hopes were dealt a severe blow.

“It was almost like a playoff game, and you saw that intensity from the start all the way through the final whistle,” Hackworth said. “I think it’s going to be the same on Saturday night here. You’re going to have a Saint Louis team who is highly motivated and doesn’t want to end their club.”

Saint Louis went on to defeat the Indy Eleven in both teams’ regular-season finale, improbably putting them into the playoffs. A 1-0 victory Saturday over Hartford Athletic then advanced Saint Louis FC to the Eastern Conference Semifinals.

Hackworth also touched on both his offense and defense Monday, starting with execution around the goal.

LouCity could have headed into the half with a 2-0 advantage as Antoine Hoppenot found himself on the break. A would-be tap in, however, wasn’t to be had when a final pass was pushed just wide of Brian Ownby.

“When you look at our body of work since the start of August, I would say that we have balanced out those two things really well,” Hackworth said. “When we didn’t finish the goal that we were supposed to, we defended like warriors and didn’t let our opponent have an opportunity. We did that on Saturday against Pittsburgh.

“…I was really impressed with the way we defended. We didn’t give Pittsburgh many chances and we played really good team defense. We’re going to need to do that Saturday night against Saint Louis and hopefully we can execute at a little higher level. If we do that, we probably would’ve been up two or three goals in the first half instead of 1-0.”