LouCity gets playoff-ready; ’That’s just what we do here’

An experienced squad in the postseason is preparing for Pittsburgh's visit. 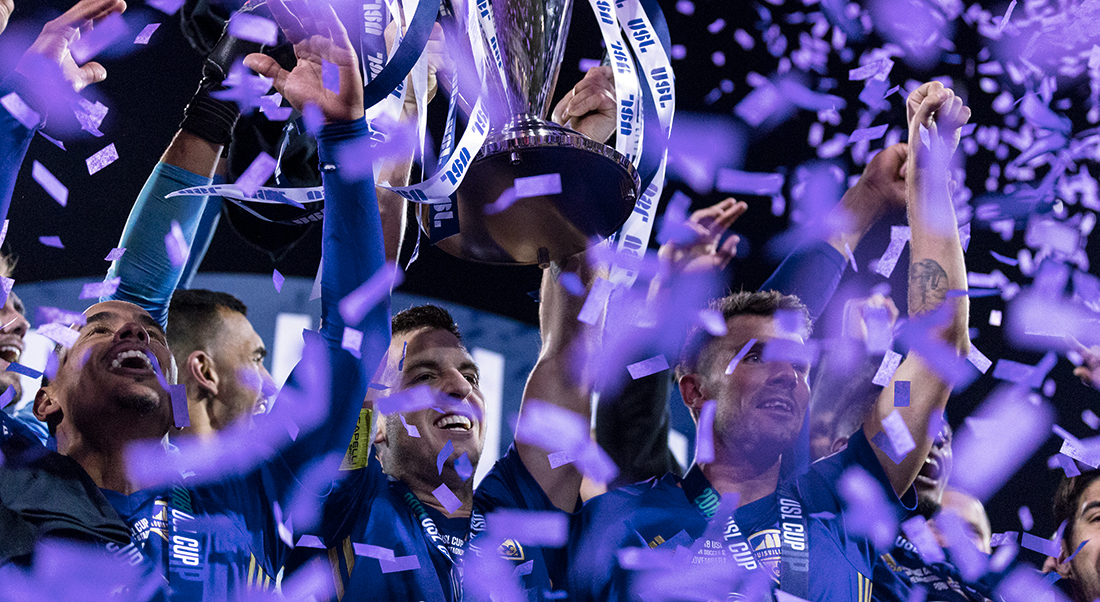 The postseason brings a different sort of energy to many teams. That, however, isn’t the case for Louisville City FC.

Coach John Hackworth discovered it shortly after his arrival, when the boys in purple were en route to winning their second straight USL title.

“Clearly since I’ve been here, that expectation is not just reaching the playoffs but winning the whole thing.”

LouCity will set out in earnest toward putting a third star above its crest at 7:30 p.m. Saturday when hosting Pittsburgh Riverhounds SC in the USL Championship Playoffs.

The club, in its sixth season, has reached at least the Eastern Conference Final each year. It won a first USL Cup in 2017 and made history the following year in becoming the first team to win back-to-back titles.

So for the veterans on this team, the feeling is familiar — seeing leaves change colors and their season continue. As for 17-year-old Jonathan Gomez, he’s taking notes.

“They’ve been in that situation a lot of times before, so just take whatever they’re telling me and try and apply it,” said Gomez, a rookie left back aligning himself to LouCity’s culture. “Even in training their leadership shows a lot. I just try and take whatever I can and apply it to the game.

“…Since they’ve been through it so many times, they know exactly how to deal with it and what to expect. I’m new so I’m learning everyday what that’s like.”

Midfielder Paolo DelPiccolo, the team captain, has been with LouCity through all but one of those playoff runs.

“I think this time of year is just naturally going to be more exciting,” DelPiccolo said. “Our whole culture and brand is treating every game like the playoffs and trying to keep the same level and consistency from day one as far as we can go.

“For us, it’s trying to do the same stuff over and over. You say that, but obviously the playoffs have a special feeling and special meaning.”

“All of us are a little spoiled in that regard which makes this particular game against Pittsburgh in the first round that much more important and meaningful,” added Hackworth, whose side completed an abbreviated USL season 11-3-2, earning the points necessary to win its regionalized group and open the postseason at Lynn Family Stadium.

“Especially, since the fact that we won the Eastern Conference and secured home field advantage as long as we advance. It is an expectation and it is something that not one of us would think was any different.”