Here's what you need to know about LouCity's playoff-opening opponent. 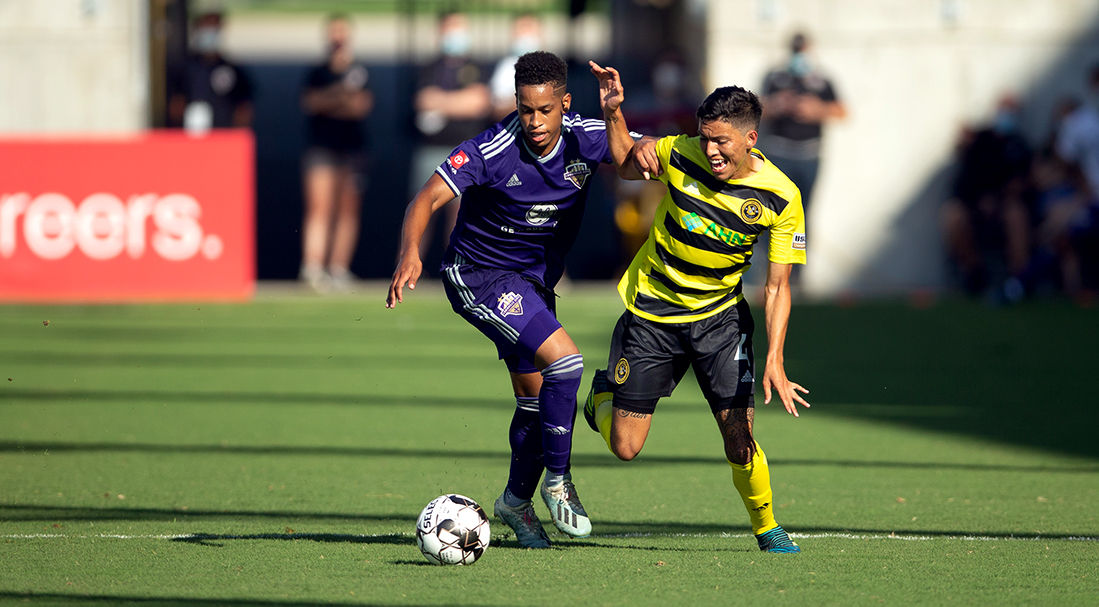 Understandably so, the USL Championship restarted play in July under a new competition structure designed to limit travel amid the COVID-19 pandemic. One consequence, however, is a resulting matchup between two of the Eastern Conference’s top clubs in a first-round playoff game.

Group E winner Louisville City FC hosts Pittsburgh Riverhounds SC at 7:30 p.m. Saturday inside Lynn Family Stadium in a conference quarterfinal. Before kickoff, here’s what to know about the visitors, who finished second in Group F…

Current form: LouCity hasn’t lost since the calendar turned to August, but the Riverhounds have only been defeated twice over that span. They enter the postseason with victories in six of their last seven games, with the lone defeat on Sept. 26 allowing Hartford Athletic to surge past, claim Group F’s No. 1 seed and send the ‘Hounds to Louisville for Saturday’s game.

In the playoffs: Having missed out on the postseason in three of four years from 2014-2017, Pittsburgh has now qualified in three straight seasons under Lilley, who previously won the 2015 USL title when coaching the Rochester Rhinos. The ‘Hounds are still looking to play for their first Eastern Conference Final and, thus, have yet to appear in the championship game.

History with LouCity: A big reason why Pittsburgh has fallen short? Last year, a Riverhounds side that won the Eastern Conference’s regular-season title was derailed in extra time by LouCity at its home Highmark Stadium. The ‘Hounds got some revenge July 12 in its most recent bout against the boys in purple, knocking off LouCity in Lynn Family Stadium’s debut.

Player to watch: Team captain Kenardo Forbes, who assisted Pittsburgh’s equalizer last time against LouCity, went on to miss the month of September with a quad injury but has returned in time for the playoffs. The Jamaican international midfielder was quick to make an impact, with his corner kick leading to a game-winning goal in Pittsburgh’s regular-season finale.

Another to know: The ‘Hounds have a star in their controlling midfield in Forbes and another rock between the posts in goalkeeper Danny Vitiello, who won the USL’s Golden Glove by posting a 0.5 goals-against average during the abbreviated 2020 campaign. Vitiello just made his first pro appearance on July 26 and qualified for the award by logging at least 500 minutes.

Water cooler talk: How to sum up the Riverhounds? While Lilley’s squads are known for their defense, this Pittsburgh team also pours in goals. Its +29 goal differential is best in the USL, with the figure boosted by four straight shutouts from Aug. 28-Sept. 29. It’s a balanced attack, as five players have scored at least five goals but none more than Ropapa Mensah’s six.

Quick fact: The Riverhounds haven’t played a postseason game in the Lilley era away from home, but they’ve been dangerous when traveling to Louisville, winning three straight away games versus LouCity.