The boys in purple will have home field advantage at 7:30 p.m. Saturday. 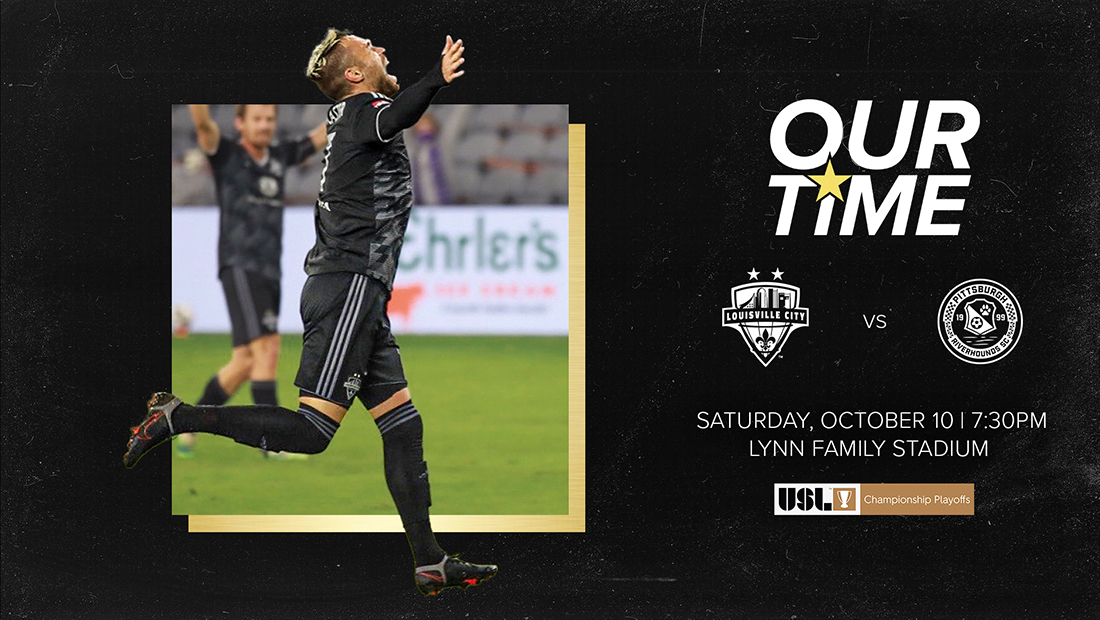 While the USL Championship won’t award a regular-season Eastern Conference title under its 2020 competition structure, Sunday’s results around the league confirmed that Louisville City FC will head into the playoffs with the East’s best record.

The reward? Well, it’s a rather difficult opening-round postseason assignment.

Hartford Athletic defeated New York Red Bulls II to lock up the No. 1 seed in Group F, with that result sending Pittsburgh Riverhounds SC back to Lynn Family Stadium as the No. 2 seed for a 7:30 p.m. Saturday matchup in the round of 16.

Season ticket members who have been attending home games this year received first access to opt into the playoffs. Remaining tickets — a very limited quantity — will go on sale at 10 a.m. Tuesday at LouCity.com or by calling (502) LOU-CITY.

LouCity-Pittsburgh will air locally on WBKI/The CW and AM 790 WKRD. The game will also live stream through WDRB Now and ESPN+.

The boys in purple and Pittsburgh have a notable recent history. By a 3-1 score, the Riverhounds most recently spoiled Lynn Family Stadium’s debut as the USL restarted play in mid-July. That, however, represented a bit of revenge after LouCity bounced Pittsburgh from the 2019 playoffs.

LouCity enters the playoffs on an 11-game unbeaten run dating back to the beginning of August and have won six straight. The Riverhounds are almost just as hot, closing the regular season with wins in six of seven and a goal differential of +15 over that span. However, a rare 1-0 loss to Hartford on Sept. 26 left the door open for the Athletic to snatch the Group’s top seed.

Eight teams apiece from the Eastern and Western conferences qualified for the USL playoffs, and within that are four regional pods.

The winner between Group E’s No. 1 seed (LouCity) and Group F’s No. 2 (Pittsburgh) will meet the winner of Group F 1 (Hartford) and Group E 2 (Saint Louis FC) in a conference semifinal from Oct. 16-18. The conference final bringing into play Group G and H follow on Oct. 23-25.

Beyond the playoffs’ opening round, home field advantage will be awarded to the club boasting a better regular-season record. Therefore, LouCity has the right to host through at least the Eastern Conference Final should it advance.

The USL Cup Final is set for Nov. 1 as those emerging from the East and West sides of the bracket clash in the league’s first game to be broadcast on ESPN. Only one club in the Western Conference — Reno 1868 FC — finished its regular season with more points than LouCity.

Since starting play in 2015, LouCity has never come up short of playing in the Eastern Conference Final. In 2017 and 2018, the team hoisted the USL cup, and in 2019 LouCity returned to the final. The club is vying to be the first in the USL Championship's playoff era to win three titles. 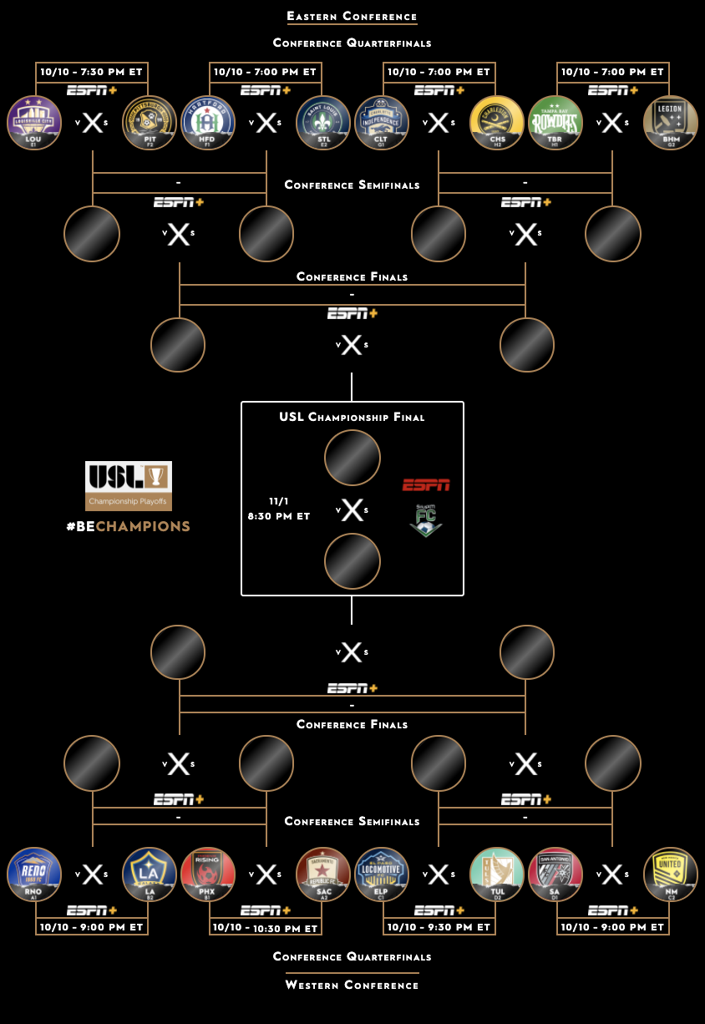