Kernen: The good and the bad from LouCity's 2-1 win over SKC II 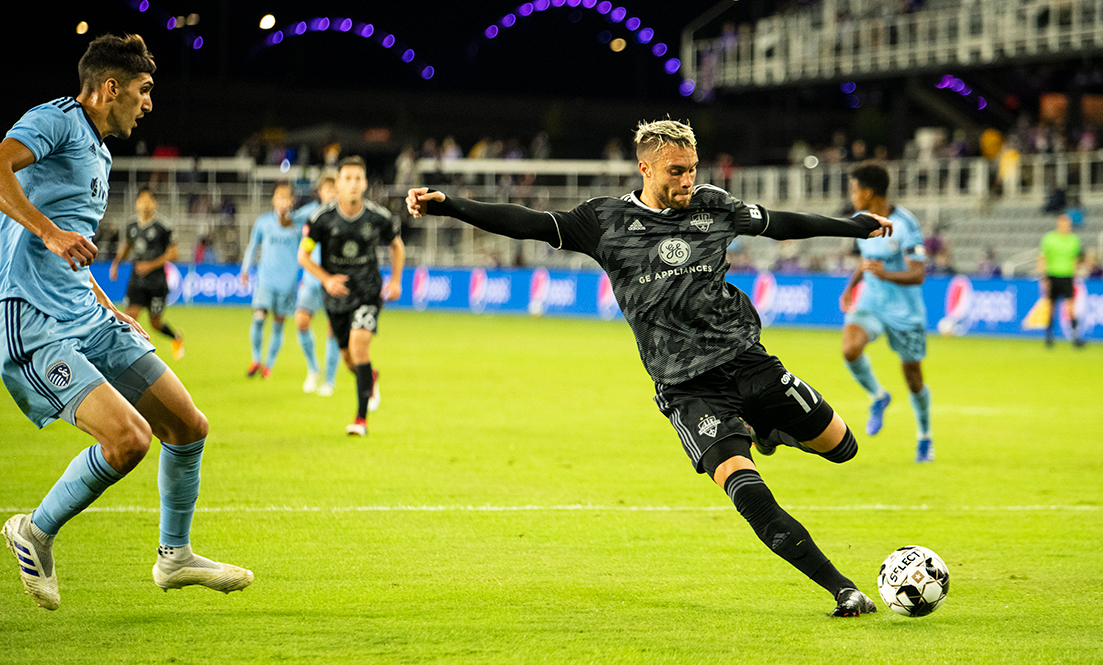 Louisville City FC ended its regular season on a high on Saturday night, taking care of business at home while pertinent results around the league meant that LouCity could host playoff games at Lynn Family Stadium through the Eastern Conference Final.

Here is what I gleaned from a 2-1 victory over Sporting KC II.

Took control of an even game

While there was not an immediate playoff spot on the line for Saturday night, there were points to be accumulated in order to solidify home field advantage for would-be postseason games. I could not tell if there was either comfort that the game would eventually tilt toward LouCity’s favor or a lack of urgency, but there was not the fire that this team usually has out of the starting blocks.

Despite not turning in a vintage performance right away, the fact that the team can score a pair of incredible goals out of nothing continues to be a good sign. There is quality at every position, and we saw it from a few players in particular.

Cameron Lancaster had a typical night. He got his goal — he has five in his last five games — and continued to contribute farther back down the pitch as well. Brian Ownby had an incredible assist on the opening goal that found the head of Paolo DelPiccolo. If he hits that cross 5% too hard or too soft, then it misses the target.

Despite only being challenged thrice, Ben Lundt again distinguished himself, too. His defenders left SKC II with a bit of space in the box at times, including on the visitors’ lone goal in the second half, but Lundt had a couple of big saves that certainly helped determine the shape of the scoreline.

Tucked in, locked down

LouCity defender and fashion tastemaker Sean Totsch successfully proposed to his girlfriend Aysia before the game on Saturday night in well-executive fashion, involving his teammates and coach John Hackworth just before they took the field for warmups.

The *aww* moment aside, after the game both Totsch and Hackworth spoke about how the newly engaged defender made the team a part of taking this leap. It says a lot when you can combine private and work lives as this team blurs the lines between colleagues and family.

Totsch is “putting down roots” here as he said postgame. To share this particular moment with his teammates, family in the stands, shows how this club is more than just a sports team.

With both of the relevant results going in favor of LouCity, plus the win itself against Sporting, the squad secured itself home field advantage through the Eastern Conference Final should the boys in purple continue advancing. From a 1-3-1 record to restart the season, to finishing as the top-seeded team from its group, LouCity has at least three potential dates lined up at Lynn Family Stadium.

As players have remarked, it is the least that they could do for the fans and the ownership for building such a ground for them.

Although the proverbial page is turning from the regular season to the playoffs, the way that Hackworth and LouCity go about business will not change. And why should it? This team has had a tradition of raising the bar during the regular season and keeping it up through the playoffs rather than finding a new gear once it becomes a do-or-die game. The performance against Sporting left some things to be desired, but this team is full steam ahead.

Unconvincing in defense at times

After Lundt was called into action in the first half, it looked like LouCity had handled all that Sporting could muster up to throw at them. The City defense sort of collapsed on itself and seemingly invited a few chances, but they were beaten away.

In the second half, however, the Sporting reserve team did have moments of pressure that unsettled City, particularly on its goal just past the hour mark. City found themselves overcommitted up the field and strung out up the pitch, a classic situation to be caught on the counterattack. They did get numbers back quickly, but a simple move by Sporting left an attacker in the box with the defenders fooled. Quickly, it was 2-1.

Lack of a third goal

When LouCity forged ahead 2-0, it is fair to say most people were probably pretty comfortable. That feeling totally changed when SKC II unexpectedly scored in the second half.

All other results in the league were panning out for LouCity to secure home field advantage for the playoffs, so a draw was not an acceptable result. The players probably would not have known the results elsewhere, but they definitely looked a bit nervous trying to find their third goal.

Between DelPiccolo blasting an uncontested shot wide, Totsch placing a free header over the bar, and Lancaster directing a few shots right at the keeper, the boys in purple looked a little nervous in trying to get their third goal — which they ultimately did not need. Shot discipline has been a talking point in the past, and I doubt any games from here on out will be comfortable wins. Hopefully we will not be looking back after future games asking “what if?”

A final word for all of us excited about the playoffs: Although LouCity has a habit and a tradition of success, it is by no means a birthright. Looking at the path to the final, Louisville will eventually come up against an unfavorable matchup for them — maybe as soon as the first round.

Even though LouCity may be the best team on paper, the excitement of the playoffs can give way at any moment, and heartbreak will come for 15 of 16 teams in the bracket. It is the time of year that this team is programmed for, but talent only makes up part the equation. The other half is called different things by different people — heart, desire, grit, will. Given this club’s record on the restart to where it is now, certainly LouCity enters the playoffs with the right traits to succeed again.