The left back has consistently led LouCity in that category over the years. 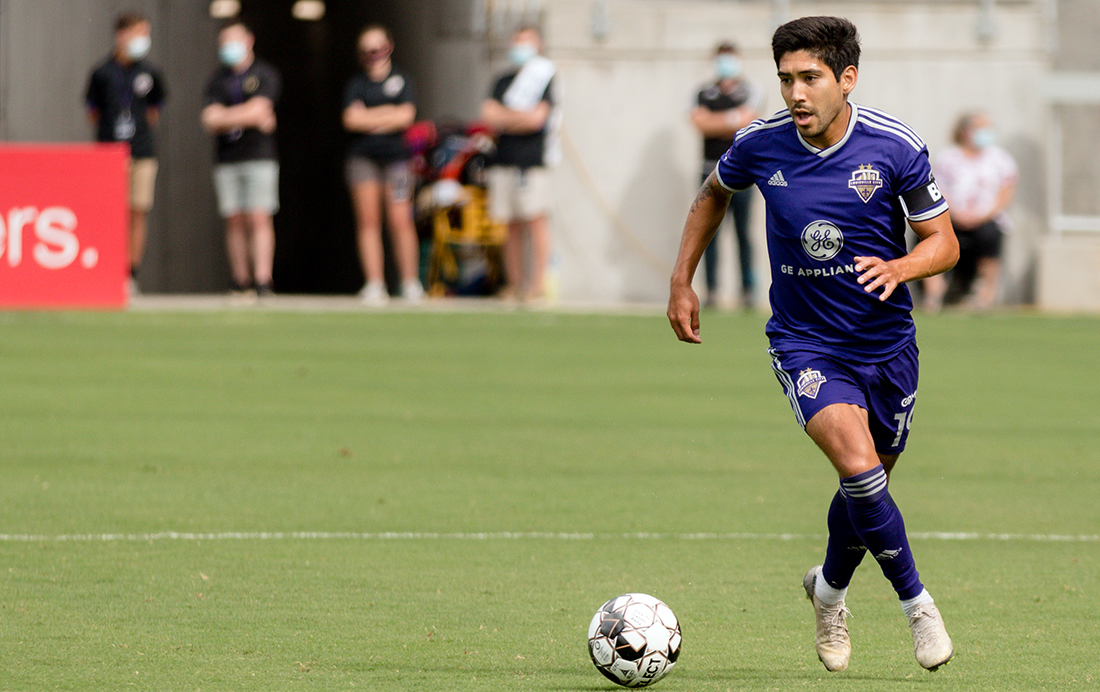 Before his Louisville City FC team took the field Saturday against Saint Louis FC, coach John Hackworth reset what was at stake.

Get a point, he reminded players, and they’d clinch a No. 1 playoff seed. Winning the game would mean a continued push toward the Eastern Conference’s best record.

Along the way, Hackworth hoped it would lead to the first assist of 2020 by defender Oscar Jimenez. It’s as if the coach spoke it into existence.

“His service is just exceptional,” Hackworth said of Jimenez, who on a 44th-minute corner kick looped in a perfect ball near the back post. Devon “Speedy” Williams made it an assist when he redirected the ball from his head to the back of the net; without Williams’ touch, Jimenez may have nearly well scored directly off the corner.

“If you know teammates, it’s all about relationships,” Hackworth added. “If a teammate knows where Oscar’s going to put it and Oscar can put it on a dime, it’s as simple as that.”

What a way to end the first half!

“That’s great, but my play is not determined by my assists in my opinion,” Jimenez said. “I think I’ve been playing pretty well, and although I haven’t been getting assist, it’s fine. It’s the collective of the team and we’ve been winning. We’ve been playing good football, so the fact that I got an assist or a goal is great.”

Saturday’s lone goal in a 1-0 victory at West Community Stadium in Fenton, Mo., changed the tide of a game that saw LouCity on its back heel much of the first half. Proceedings were physical but even out of the locker room, allowing the visitors to escape with their unbeaten streak extended to 10 games.

Jimenez, a 30-year-old from Mount Vernon, Wash., has primarily played a left back role at LouCity, though he brings the type of versatility that sees him push up on the wing, take on a midfielder’s role and handle a number of set pieces.

“He’s unbelievable on the ball,” said forward Antoine Hoppenot. “We joke around, but he’s a center mid playing outside back just because he’s so good on the ball. He’s so good on his feet. He opens up a lot of things.

“Even when he’s not getting assists, he’s one of the main catalysts for our offense in terms of getting on the ball and creating space, especially for me. I play on the outside a lot, so he creates a lot of space for me to be able to go at guys and get those one-v-ones.”

Jimenez is nearing 1,000 minutes played this season, again serving as one of the club’s most reliable assets on the back line. He created a number of chances as well Saturday by leading LouCity with five crosses attempted.

“That’s the brilliance of Oscar and his service,” Hackworth said.

“I think it’s the understanding with the attacking players and just all the other players,” Jimenez added. “When I know what they want to do or where they want the ball it’s a lot easier when we are on the same page. The fact that I’m just getting in dangerous areas and find a good pass in there is good.”