Kernen: The good and the bad from LouCity's 1-0 win at Saint Louis 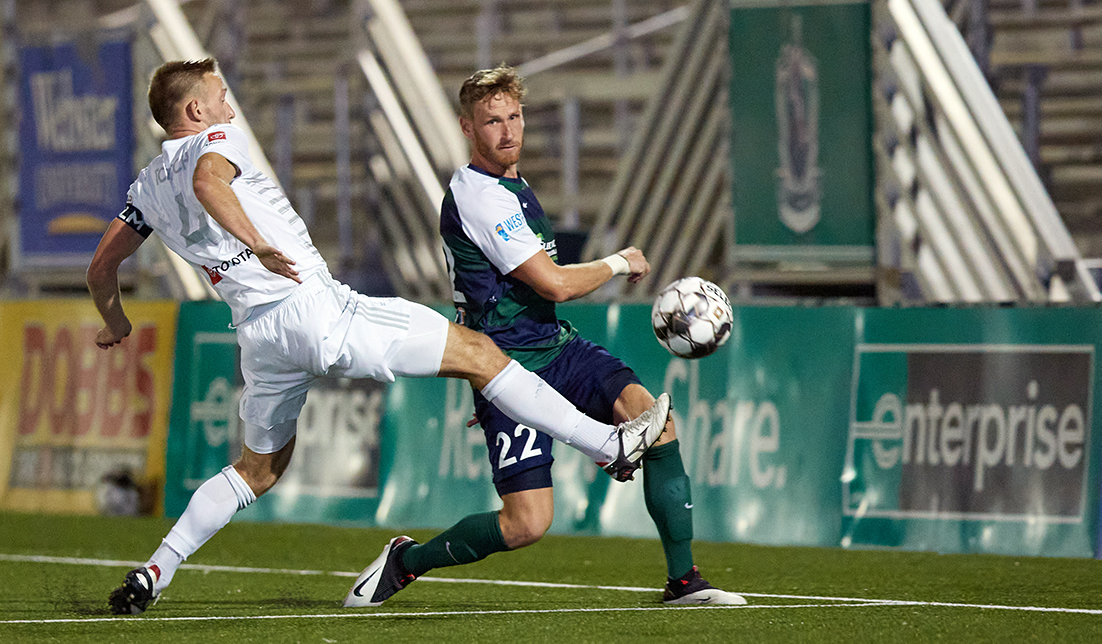 With a win at Saint Louis FC on Saturday, Louisville City FC accomplished a few significant things. First and foremost, the club sealed top spot in Group E and a home playoff game. LouCity also secured the Kings’ Cup for eternity, as Saint Louis FC goes the way of the dodo after this season concludes. Aside from the intangible results, the boys in purple also proved to themselves that they can win games when they have an unfavorable matchup against an opponent with nothing to lose.

Here is what I think went right, and what did not, in the 1-0 victory at West Community Stadium in Fenton, Mo.

Win when they could easily have lost

I am going to my best to avoid cliches and platitudes here, but that was quite the gutsy/gritty/hard-fought performance by LouCity. It would have been so easy to pack it in. Saint Louis FC was knocking on the door all night and even had two early goals disallowed for rightly whistled offside positions.

A point would have sealed the top spot in the group for LouCity, but maximum points helped toward potentially hosting more playoff games. Goal scorer Devon “Speedy” Williams may have ended up with the Man of the Match honors, but goalkeeper Ben Lundt deserves a lot of credit for the result here. All four of his saves on the night were huge, and he also came out to collect a couple of crucial crosses and loose balls.

The German, on loan from FC Cincinnati, was asked to do more than normal. But every time he is called into action, he looks like the most composed player on the field. Saturday’s goal was created on an Oscar Jimenez corner, but the win was decidedly secured by Lundt.

More than in any other game this season, we saw the likes of Antoine Hoppenot, Corben Bone, Brian Ownby and Cameron Lancaster playing all over the place — in a good way. By keeping Ownby and Hoppenot wide and using Bone to overload a flank at selected times, it uses everyone in their best capacity. Lancaster earned his customary couple of free kicks along the way, narrowly missing an opportunity in the second half that would have doubled the lead.

All good things must come to an end. The rivalry with the Saint Louis fanbase was a good-natured one that grew organically, not from any league or single club artificially forcing the issue.

There is no way around it, though: The matchup was one-sided. In 15 games over five years, LouCity won eight games and drew five. It’s not so much about results or the trophy, which will remain with purple-clad supporters. Rather, the tailgates with the St. Louligans and the Saint Louis FC supporters are what soccer is all about: coming together. These franchises started at the same time, but their story ends this year. Perhaps the real treasure is the friends we made along the way.

With the era of good feelings over, it now just leaves Indy as the last “local” rival. Now, it might be time to look further afield for a new match to circle on the calendar.

How about the Tampa Bay Rowdies? Tampa Bay is easily one of the biggest clubs in the league, and they are also usually good. They may not be local, but I know that there are already several friendships between the supporters via Twitter. Pittsburgh Riverhounds SC is a bit of a Eastern Conference heavyweight — and a day trip for the intrepid supporter.

I would love to hear some thoughts on who we should pick on pending a return to a full schedule next season.

Prone on the counter

Saint Louis FC has been a tough matchup for LouCity this season. They won at Lynn Family Stadium and gave the boys in purple a tough go of it the last time the two sides met in Missouri.

Physically, Saint Louis FC’s roster is just bigger. LouCity is a team with fast attackers, not lumbering types. Going up against a team that is sizable in defense, conditioned to battle and looking to counterattack is a dangerous recipe — but LouCity prevailed Saturday. Saint Louis looked like the better team for more than I care to mention, but the solitary goal of the game set City up well.

Scoring right before the halftime break — Williams headed in Jimenez’s 44th-minute corner kick — forced Saint Louis FC to come out looking for the ball. That played right into the hands of LouCity coach John Hackworth for the second half.

Louisville may come up against less-than-ideal matchups in the playoffs (think Pittsburgh), but their outright quality should be enough to outclass anyone over a game.

Even though City’s still not assured the most points in the East — and that would bring home field advantage through the Conference Finals — the good guys have maximized their last five results and continue to be the scariest team in the East. The carrot in next weekend’s regular-season finale against Sporting KC II is racking up maximum points and hoping that teams such as the Tampa Bay Rowdies drop points.