The boys in purple have two games left to play before the postseason begins in October. 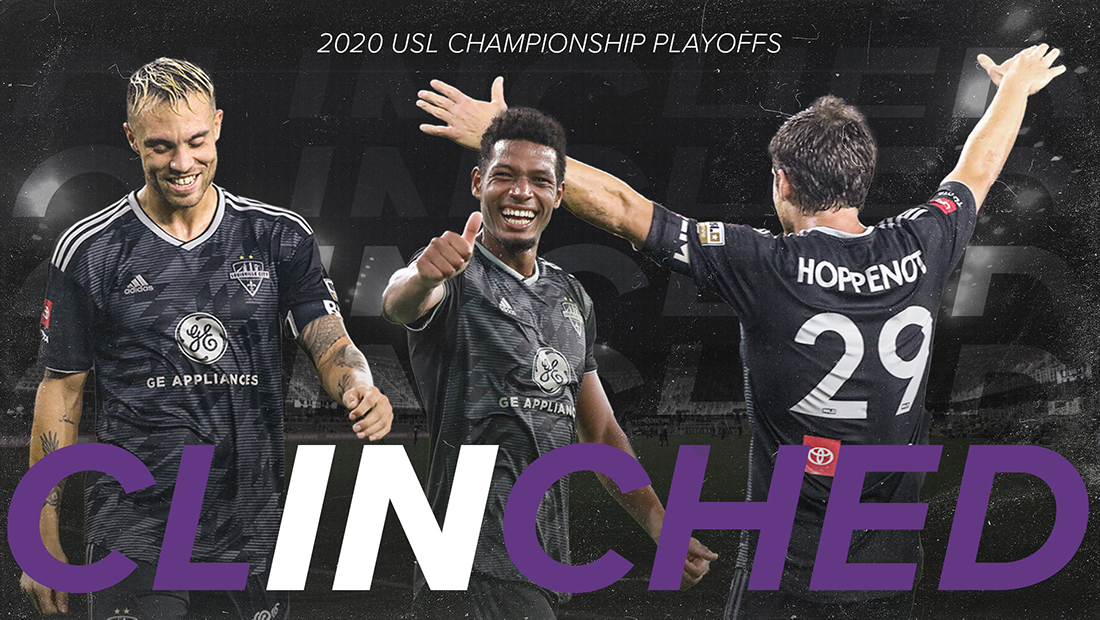 Thanks to other results around the USL Championship, Louisville City FC is headed back to the playoffs for its sixth season in as many years of existence.

The boys in purple were assured their position Wednesday night once Saint Louis FC's game at Indy Eleven went official. Now, with two regular-season games left to play, LouCity can turn its focus toward earning a No. 1 seed and host status in the playoffs’ opening round.

During an abbreviated 2020 season impacted by COVID-19, clubs were slotted into regionalized groups. The top-two finishers from each pod advance to the playoffs, with LouCity guaranteed at least second in Group E.

According to FiveThirtyEight.com, the club has a better than 98% chance of finishing first. Should that happen, meaning LouCity hosts an opening round of 16 playoff game, Honorary Owners have already been contacted about opting into tickets at no additional cost. Any single-game tickets would go on sale later; sign up here to be notified first.

The boys in purple are unbeaten since the start of August, a spree of nine straight games that has seen them climb from fourth — and last — in Group E to the top of the table.

“We have never wavered in our belief of our principles and our process,” said coach John Hackworth. “However, in order to overcome our slow restart, we had to couple our trust in each other with perseverance in our collective.  Answering that call of adversity is a defining character of this group.”

LouCity closes its regular season by playing at Saint Louis FC on Saturday before welcoming Sporting KC II to Lynn Family Stadium for an Oct. 3 finale.

The playoffs, which begin Oct. 8-11, are also regionalized with East and West sides of the bracket. To start, Group E’s 1 and 2 seeds will match up against Group F’s 2 and 1, respectively. Better seeds host opening-round games; record will determine home teams beyond that.

After the Conference Quarterfinals are the Conference Semifinals (Oct. 15-18), Conference Finals (Oct. 22-25) and then the USL Championship Final on Nov. 1. The Final will mark the first USL game to air on ESPN with kickoff scheduled for 8:30 p.m. ET.

In its six-year history, LouCity has yet to fall short of the Eastern Conference Final. The boys in purple own two USL titles — in 2017 and 2018 — and returned to the Final in 2019. They’re vying to become the first three-time USL champion in the playoffs era.