They contributed to goals in both of LouCity's recent wins. 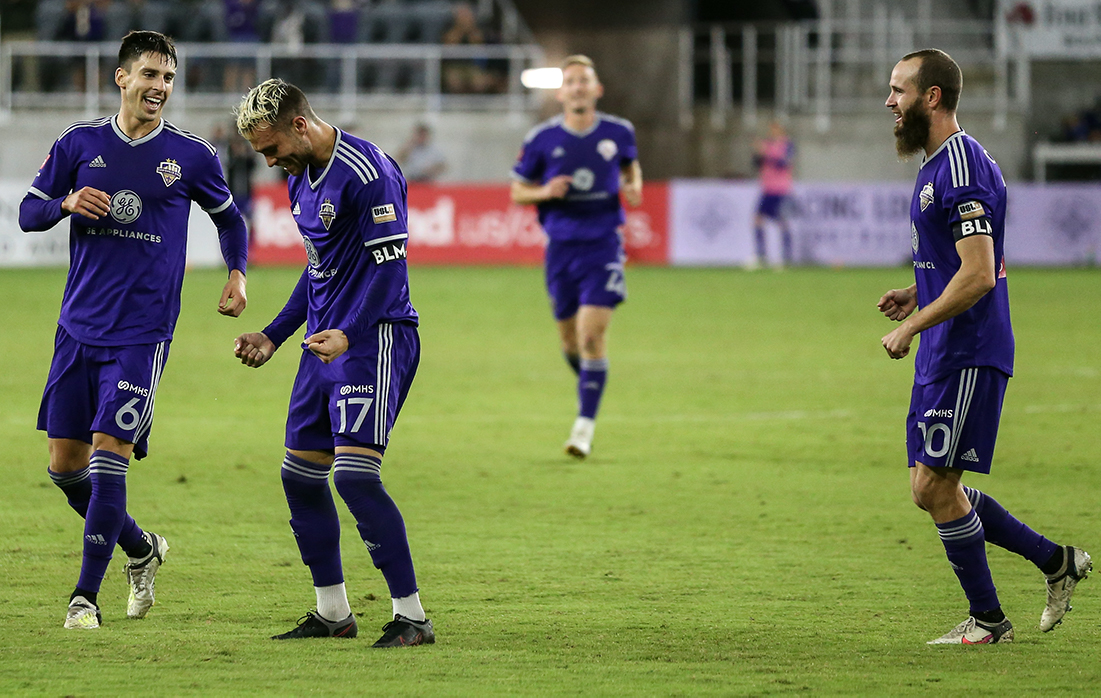 Louisville City FC’s peaking late in the USL Championship season, and the latest Team of the Week reflects it.

A pair of goal contributors from a 2-0 win at Indy Eleven and 4-1 win over Memphis 901 FC — Cameron Lancaster and Brian Ownby — both cemented spots among the league’s best 11 players announced Tuesday.

Lancaster, who registered goal Nos. 49-51 for his career with LouCity across all competitions, also tallied an assist last week. His scoring strikes included a volleyed rebound to put the boys in purple ahead at Indy and a nifty back-heeled goal in the second half of the Memphis win at Lynn Family Stadium.

A forward from England, Lancaster likewise reached 50 regular-season USL goals. Among the select group of players to reach that milestone, he’s scoring at the most effluent rate, according to USL Director of Content Nicholas Murray, with a goal every 114.8 minutes played.

Ownby, who came off the bench in Indy, played a soft touch in behind the defense and to Corben Bone for a goal that doubled the lead late. As a starter against Memphis, he scored his first goal of the season on a curling shot from distance and assisted Lancaster’s opening goal.

D – Aaron Maund, Charlotte Independence: Maund scored the lone goal of the game, won 6 of 8 duels and 5 of 7 aerial duels, made 11 clearances and completed 35 of 43 passes as the Independence defeated North Carolina FC.

F – Cameron Lancaster, Louisville City FC: Lancaster recorded three goals and one assist across two victories against Indy Eleven and Memphis 901 FC, and in the process reached 50 regular season goals in the Championship for his career.

F – Rubio Rubin, San Diego Loyal SC: Rubin scored a first-half hat trick for SD Loyal as it took a 3-2 victory against Phoenix Rising FC for its third win in a row, keeping the club’s hopes of a playoff berth in its inaugural season alive.