He'll be available for selection as the club travels to play Saint Louis FC. 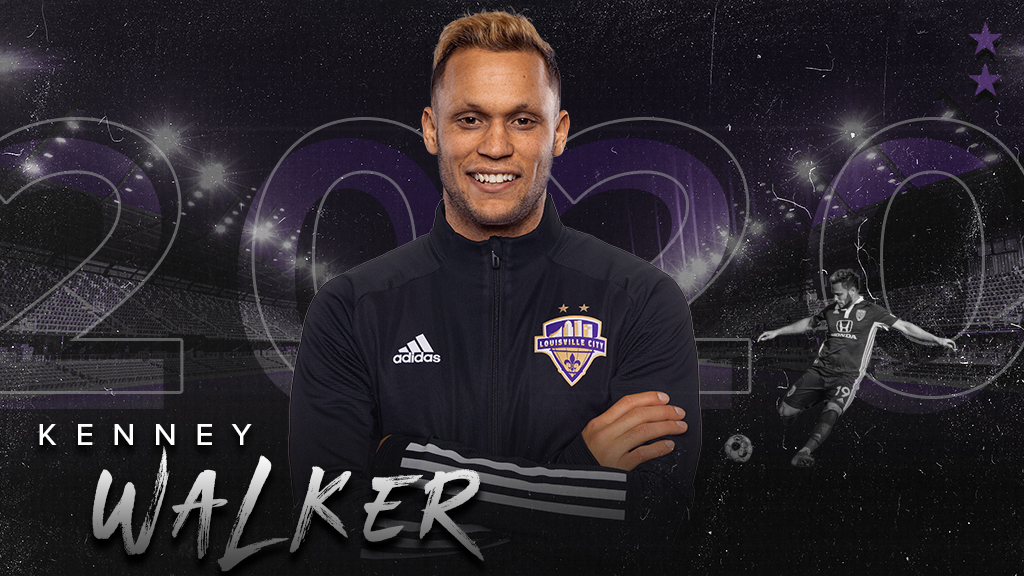 Louisville City FC has added to its side midfielder Kenney Walker, who starred for the University of Louisville before going on to an extended professional career.

Originally drafted to the Major League Soccer ranks in 2012, Walker arrives on loan for the remainder of this season from USL Championship rival Indy Eleven pending league and federation approval.

“Kenney’s resume is outstanding,” said LouCity coach and sporting director John Hackworth. “He’s a person who our staff knows really well. He fits our culture and our locker room. He also brings a high level of character, and it’s an opportunity for both of us.”

Walker crossed paths with the former U-17 National Team coach Hackworth during his time as a youth international. In college, he was also coached by Mario Sanchez, then a member of U of L’s staff and now youth academy director for LouCity/Racing Louisville FC.

As a pro, Walker went 38th overall in the MLS SuperDraft by the LA Galaxy and remained within its system until signing with FC Cincinnati for the 2016 season. There, Walker shined before moving to the Indy Eleven to open the 2019 season.

“It’s good to be back in Louisville — not just for family and living but to be able to play for the city again after being here for school,” Walker said. “It’s nice to be able to represent Louisville again.”

Walker is a 31-year-old native of Wickliffe, Ohio. In his only full season with Indy Eleven, he made 31 appearances while leading his side in tackles (70) and ranking second on the team in assists (5) in 2019.

Interestingly enough, Walker made his final Indy Eleven appearance of the season Aug. 26 when LouCity claimed a 1-0 victory over its Louisville-Indianapolis Proximity Association Football Contest rival at Lynn Family Stadium.

“They have a very good system, maintaining possession throughout the game and getting everybody involved,” Walker said of LouCity. “They’re obviously doing extremely well and on a roll. I don’t want to come in and disturb anything going on. I want to help however I can.

“The staff has told me — and I know personally — I’m not going to come straight in and play games. It’s more about being an option if needed and supporting the guys who are already here, slowly getting in with the team and acclimating.”

Walker will be available for selection Saturday as LouCity travels to play Saint Louis FC. The boys in purple, who will clinch a playoff spot this week while on a nine-game unbeaten streak, are also a win away from securing a No. 1 seed out of the USL’s Group E with two regular-season games left to play.