Back in a starting role, Ownby's contribution 'massive' against Memphis

The winger registered a goal and an assist given the chance at a 90-minute performance. 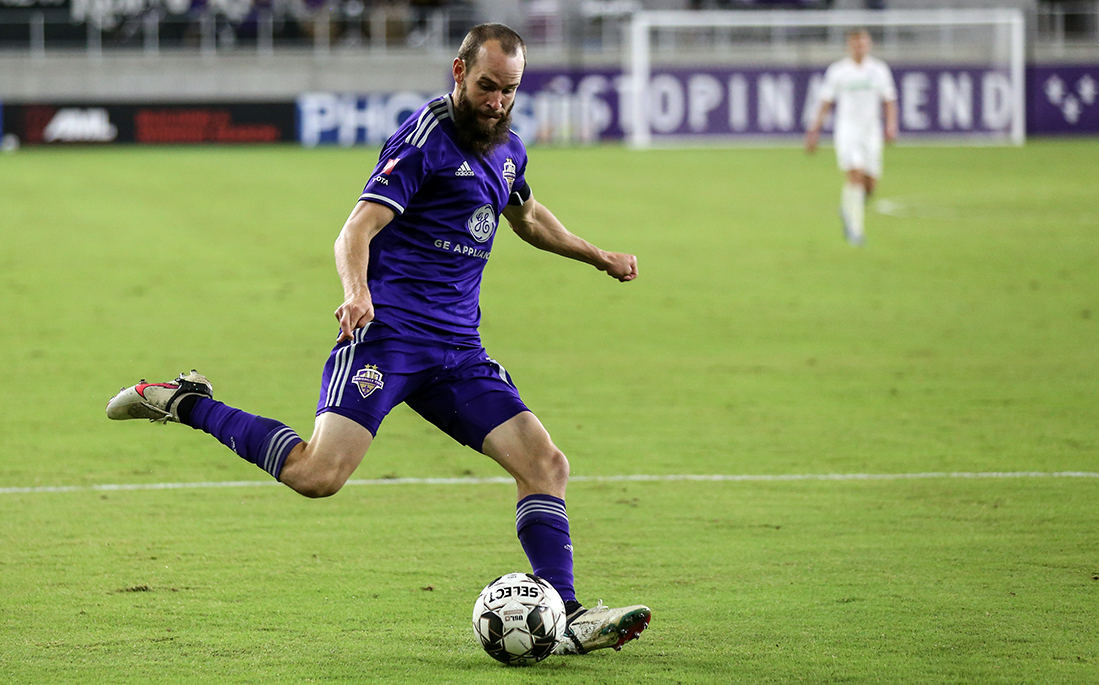 With the emergence of Napo Matsoso on the right wing, veteran Louisville City FC midfielder Brian Ownby had taken on a new assignment down the stretch of the 2020 USL Championship season: super sub.

But given three games in eight days, natural squad rotation cycled Ownby back into the starting lineup this weekend. He delivered a 90-minute performance to remember Saturday with a goal and an assist in a 4-1 victory over Memphis 901 FC

“Because we are team that is so deep and have so much quality, we talk about everyone needing to understand their role,” head coach John Hackworth said. “Sometimes your role changes, from being a starter to a substitute to not even being in the 18.

“It’s hard for professionals to understand, but when you get a team as collectively understanding, that’s when you really get indisputable role recognition and guys are willing to step in whenever they are asked to do their job.”

Saturday marked Ownby’s first start since the club visited Saint Louis FC last month. It took only 13 minutes and change for him to make an impact.

Forward Cameron Lancaster intercepted a ball near the half line and directed to Ownby, who used his pace to get down the right side, then give back to Lancaster for a one-touch goal. The boys in purple, who haven’t trailed during a nine-game unbeaten streak, were in control from there.

“He’s massive for us,” Lancaster said of Ownby. “His pace causes so many problems, and credit to him. It is tough being on the bench, and you need to have a strong mentality to come off the bench, keep assisting and try to score.”

Ownby, who started 20 LouCity games in 2019, still ranks second on the team in shots taken despite some diminished minutes lately. Finally, he got one to hit the back of the net in the 24th minute Saturday, cutting in from the right side and curling a chance past Memphis; goalkeeper from some distance.

“Brian to his credit has played a different role coming into this game,” Hackworth said, “and he’s been good off the bench in his last two games. In this game, he goes 90 minutes and does an excellent job, and I’m so happy that he gets that goal. I think that’s going to be huge for him and for us.

“Great assist on the first one and a good night for Brian Ownby and Louisville City for sure.”

The Virginia native is in his fourth year with the club. Selected No. 7 overall in the 2012 MLS Supplemental Draft, Ownby had stints with the Houston Dynamo and the Richmond Kickers before finding a home in Louisville.

Ownby made the most of his opportunity Saturday, leading LouCity with five key passes while completing 82.9% of his attempts.

“Obviously, we have a very deep group, so if someone’s number is called, they are expected to step up and perform like the other guys are doing,” the midfielder said earlier this week.

“….The team’s been winning, so once you get your chance, put your head down and help contribute as much as you can. With the intensity of playoffs around the corner, each moment is bigger than the last."