Going on 17, the outside back impressed in a 90-minute performance Saturday. 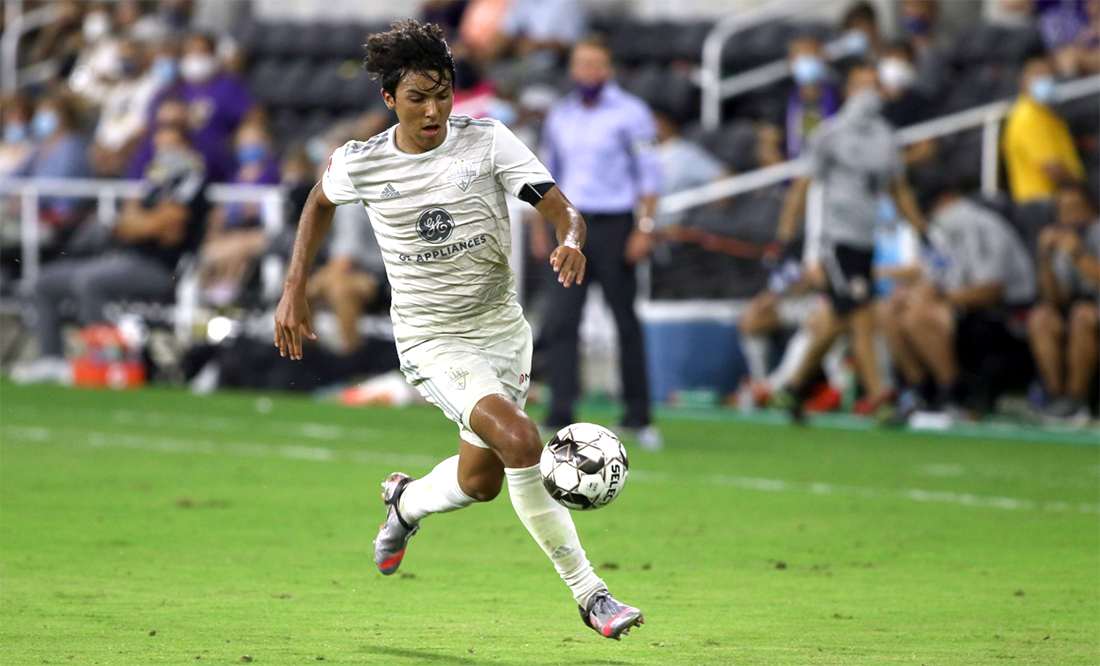 When Jonathan Gomez in March singed his first professional contract with Louisville City FC, the 16-year-old didn’t know what to expect out of the 2020 season.

“I just put my head down and worked hard and opportunities came,” said Gomez, who along the way discovered a silver lining to a campaign impacted by the COVID-19 pandemic.

Gomez, announced as a roster addition the week of the season opener, says he benefitted from an ensuing break in play until July. It allowed him to settle in to new surroundings ahead of the USL Championship restart.

In Saturday night’s 1-1 draw at Saint Louis FC, Gomez made his third start and seventh appearance of the season at outside back, where he led LouCity with two key passes, four tackles and 19 passes in the opponent’s half of the field.

“He’s so important to what we do, or he wouldn’t have started,” said coach and sporting director John Hackworth. “…We’re not giving him minutes. These are massive games for our club to battle for playoff position. It’s a credit to him that he’s playing at this level.

“At the same time, we also know he can do better. We just want to watch him grow before our eyes. At the end of the day, we have total confidence in JoGo.”

One area for growth? According to Opta statistics, the aggressive defender lost possession 17 times in a game where Saint Louis FC held the ball the majority of the way, including during a dominant 20 or so minutes to start.

That’s the weight Gomez bears in his position for LouCity. He’s tasked not just with preventing opposing goals but helping the boys in purple produce their own.

“I keep the mentality that I have to defend first,” said Gomez, a native Texan with U.S. Youth National Team experience. “Secondly, I try to get forward. I want to get crosses in and, if I can, get some shots — and whatever’s in between whether that’s making tackles, runs into the midfield, anything.

“All that running back and forth builds some stamina.”

Three days short of his 17th birthday, Gomez, who Hackworth has said is capable of going on to soccer’s highest levels, logged a full 90 minutes against Saint Louis FC. A draw, which followed Wednesday’s 1-0 win over Group E-leading Indy Eleven, capped an unbeaten month for the club.

“We’re still in a good spot,” Hackworth said. "We’ll travel to Indy with an opportunity to go up there and could be in first place after that.”