'Shifty' Matsoso excels in a winger's role for LouCity

The midfielder moved out wide and produced immediately for the boys in purple. 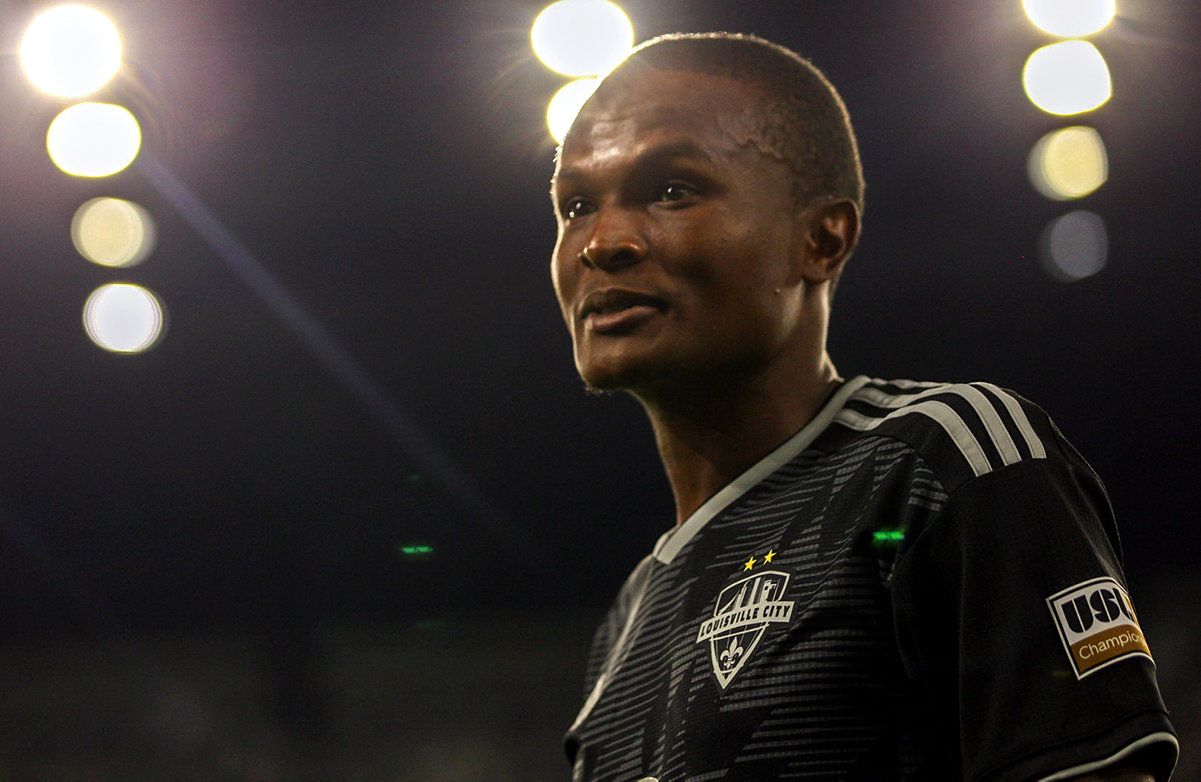 Midfielder Napo Matsoso said he was surprised to see a Louisville City FC lineup that on Saturday night moved him from the controlling midfield to a winger’s role. But it took just three minutes to understand why coach John Hackworth made the change.

“I’ll take any opportunity that Hack gives me to play,” Matsoso said. “You take every moment and give it your all. It doesn’t matter what position I play — just giving everything I have and helping the team however possible to win.”

Matsoso’s lineup shift made room for both captain Paolo DelPiccolo and Williams in the defensive midfield during a 1-1 draw. It could also signal a more permanent change as the boys in purple face quick turnarounds, hosting Sporting KC II at 8 p.m. Wednesday before Loudoun United FC visits Saturday.

“We felt like we have not been at our best and Napo, Paolo, Speedy are guys that lead with their actions on the field,” Hackworth said. “We were trying to configure a way to get all of them on the field.

“Honestly, try and unbalance Indy a little bit because I don’t think they would’ve expected that initially. So, that’s what we came out with (Saturday).”

From his position out wide on the right side, Matsoso paced LouCity with three of what Opta statistics termed “good” crosses. He completed 81.8% of his passes against Indy Eleven, including 77.7% of attempts in Indy Eleven’s half of the pitch.

The boys in purple walked away with just one point in the USL Championship’s Group E standings with the draw. But in the bigger picture, Matsoso may have secured a key role moving forward.

“Napo is a great guy and a really good player and great to be around,” Williams said. “As you can see (Saturday), he played wing, and I don’t think he had played wing before, but he did a great job for us. He’s very shifty. In training he has guys running up and down in practice.”

Aside from Matsoso’s standout play, Williams saw the hot start as a product of an entire week of the squad training with a renewed vigor. The boys in purple carried a sub-.500 record — out of character for the historically competitive club — into the Indy game.

“I’m not sure [if] it was the lineup, but I thought it was our intensity,” Williams said. “Our intensity was really good, and they couldn’t handle it early in the game.”

“We’re disappointed that we didn’t get all three points,” Hackworth added. “We feel like we created enough chances once again — didn’t give up that many — controlled long stretches of the game, and really liked the collectIve effort and feel from the team.”