LouCity striving to translate its 'resiliency' to game day

The boys in purple say what we've seen on game day isn't what they see every day in training. 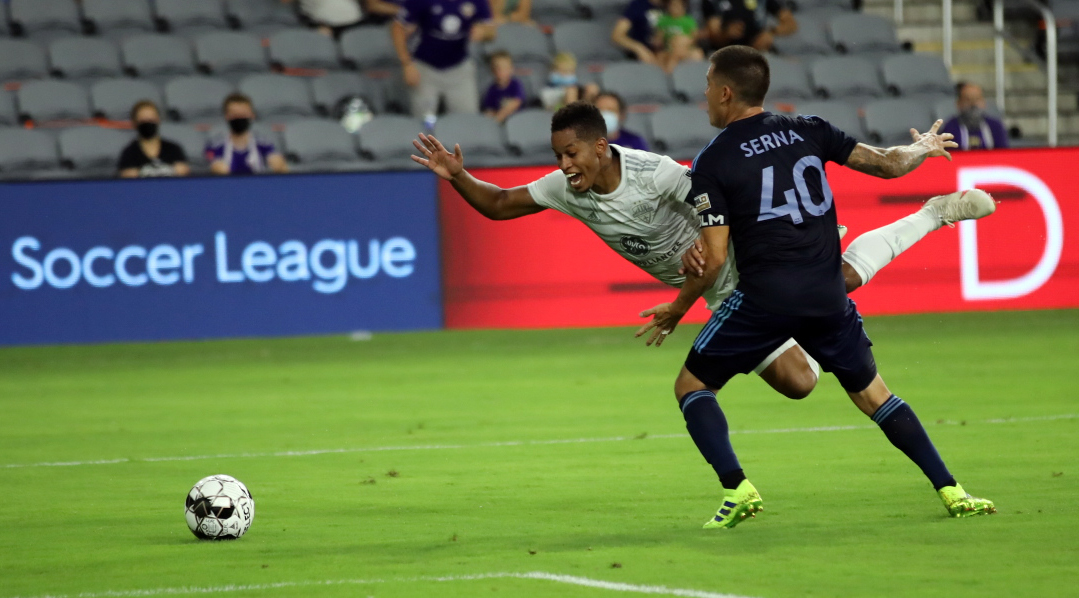 “Especially for you guys who have come out to training and see what we look like,” coach John Hackworth told reporters Wednesday night, “we’ll have to try and identify it and go back to the drawing board and fix it.”

Hackworth was speaking after LouCity’s third loss in four games since the USL Championship’s restart. In the second leg of back-to-back games against Sporting KC II, the boys in purple fell by a 2-1 score at Lynn Family Stadium.

“There’s no way to sugarcoat it, but it’s my responsibility and we’ll get it right,” Hackworth said. “It doesn’t look how we feel on a daily basis, and that’s the strangest thing to me.”

Defender Jonathan Gomez, the 16-year-old who made his first start Wednesday since signing a professional contract in the spring, echoed Hackworth’s sentiments, noting the gap between practice and games.

“In training, we are super competitive,” Gomez said. “We play small-sided and the team that is losing is extremely disappointed when they lose, and everything is competitive. There is always a team photo of the champions.

“There hasn’t been any lack of resiliency or anything like that, so we just have to translate it onto the field and when we go a goal down we have to fight back to keep alive.”

LouCity tallied nine shots on goal, tripling Sporting KC II’s output. But the boys in purple converted just one of them when Cameron Lancaster curled in a 21st-minute free kick that at the time knotted the score 1-1.

However, there wasn’t an answer in the second half when a turnover in the midfield led to a Sporting KC II goal in the 83rd minute.

“If you look at this team last year, a lot of the same guys, we would go down a goal no problem,” Hackworth said. “There was an answer. There was a feeling. There was a belief you could see. It was the exact opposite after that goal.

“It’s a mistake, and it’s a mistake that we can all live with. It’s how you react to those that are most important.”

LouCity has this weekend off before a series of three games in eight days begins Saturday, Aug. 8, against Group E-leading Indy Eleven. Indy (15 points) and Saint Louis FC (9 points) currently occupy the pod’s pair of playoff spots with LouCity (6 points) in third; Sporting KC II (3 points) earned its first victory of the season Wednesday in Louisville.