Seeking a SKC II sweep, LouCity looks to be 'a little bit sharper' 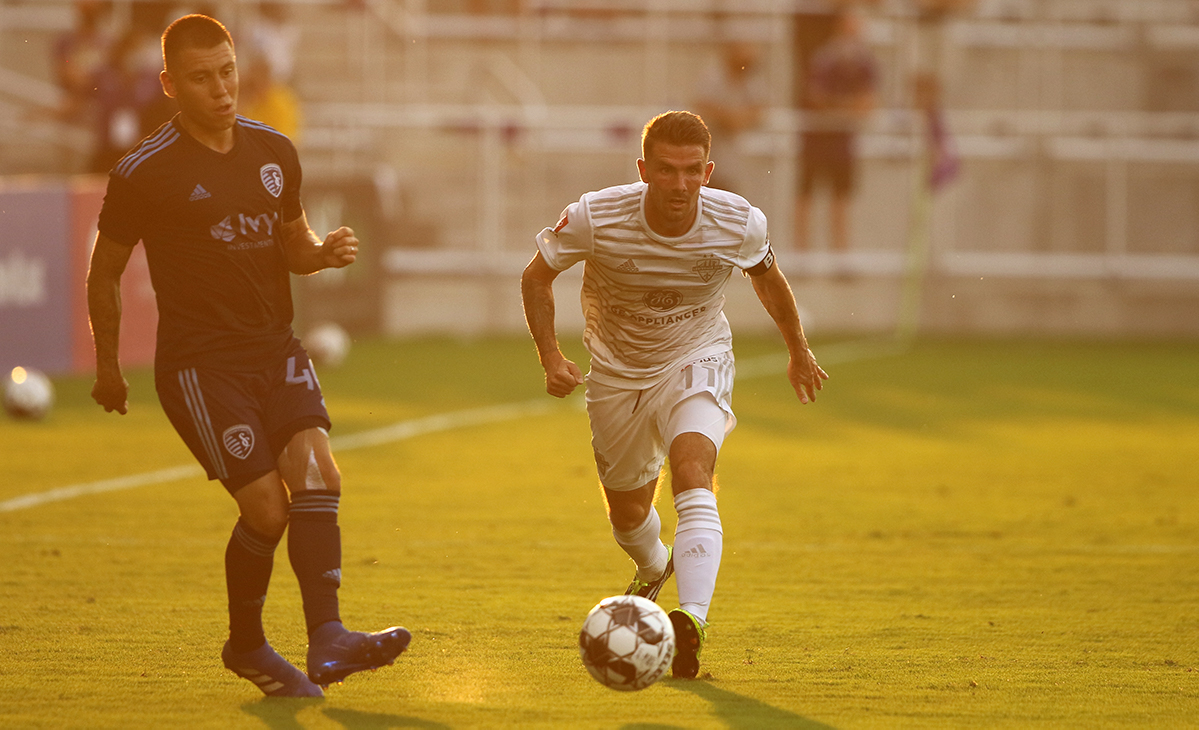 It was the 50th-minute header from Louisville City FC striker Cameron Lancaster that finally broke the stalemate last Saturday against Sporting KC II.

Upon further review, however, LouCity coach and sporting director John Hackworth says the boys in purple could have prevailed by a wider margin than 1-0.

“We need to see if there is that little bit of detail that we can improve on,” Hackworth told reporters ahead of Wednesday’s 8 p.m. rematch with Sporting KC II at Lynn Family Stadium. “For instance, when we talk about going over the film…[there was] a lot of discussion about those details and what we can collectively do better.

“Obviously, you have to think about what Sporting Kansas City is going to do differently — but focusing on us, if we can get that a little bit sharper and make the adjustment.”

Hackworth said “there are some secrets,” no doubt, both sides are keeping ahead of kickoff. Lineup rotation is likely with the short turnaround, and he cited a hard-fought game that may have left players nursing some minor ailments between games.

That’s all before the opening whistle. Hackworth cited the mix of talented youth — SKC II started five academy players — and experience of players such as 29-year-old captain Christian Duke in the midfield and 26-year-old Dillon Serna who will make a sweep difficult to accomplish.

“I think you saw two teams that play a very similar style, have very similar ideas, and that means it’s a chess match the whole time,” he said. “Which one of you can where the other down, where can you break down your opponent? We need to get some of those details right.”

Last week, LouCity defender Pat McMahon likened back-to-back games against the same opponent to the Friday-Sunday scheduling commonplace in the USL’s earlier days. Hackworth, formerly in charge of the U.S. U-17 Men’s National Team, said he’s experience this sort of swing in the international game but not professionally.

“We’re trying to figure out from our side how we can put out the best 11 possible,” Hackworth said. “I’m sure Sporting Kansas City is doing the same. They have a more difficult task than we do because they have a game on the weekend, where we don’t have a game.

“We might have a little bit more [of a] chance to take a risk, where they have to manage these three games in a week. It’s going to be interesting and tough, from both of us, but I do expect you will see some new faces out there by necessity.”