He brings international and Major League Soccer experience to the attack. 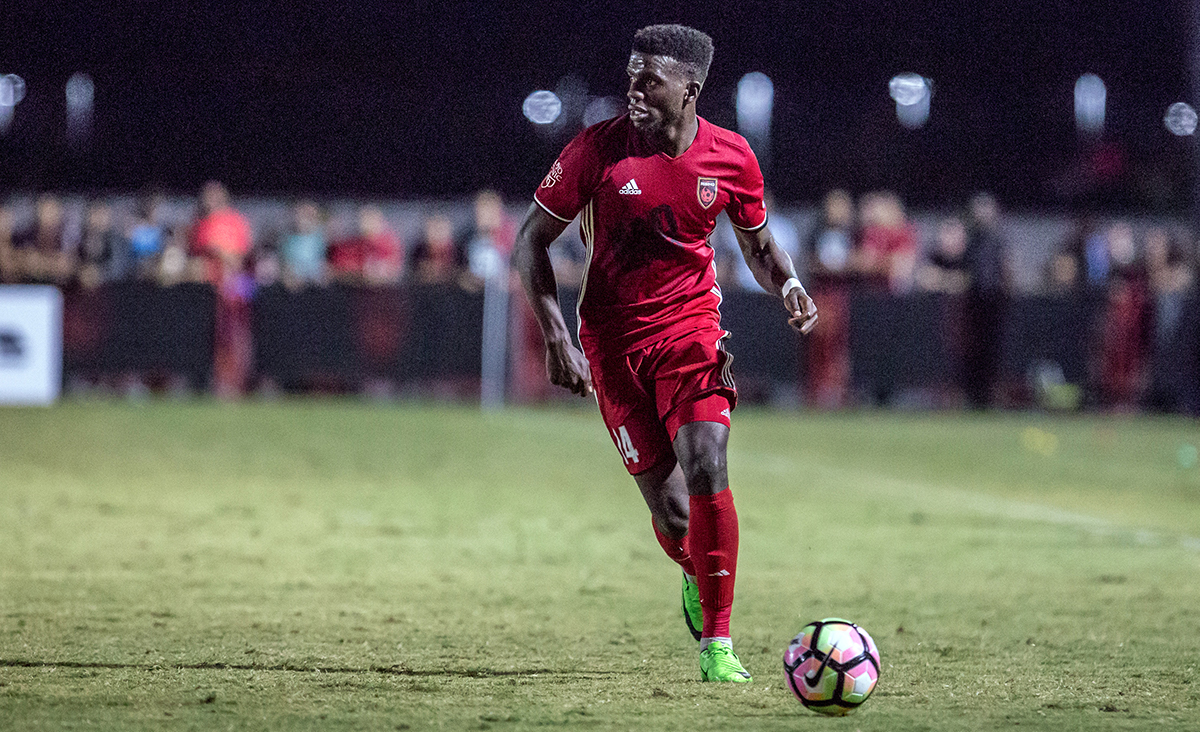 Pending league and federation approval, Johnson will be eligible for selection as soon as Wednesday, when LouCity hosts Sporting Kansas City II at 8 p.m. inside Lynn Family Stadium.

“I’m happy to be a part of a franchise that knows how to win. The history speaks for itself,” Johnson said. “I’ll hope to relieve pressure from the defenders and midfielders with my technical abilities. It’s not just about scoring goals, but scoring goals and winning games, because there’s a difference.”

Johnson, 29, most recently suited up for Phoenix Rising FC of the USL Championship's Western Conference. He tallied nine goals in 2018, among them a soaring scissor kick strike off a teammate’s cross that won him the USL’s Goal of the Month award for June.

A lower body injury slowed Johnson in 2019 after a strong start in Phoenix. He’d tallied three goals and an assist in eight appearances before the setback kept him out much of the year.

Johnson said that during his time off, LouCity assistant coach and technical director Danny Cruz reached out to wish him well. The two had trained together during previous offseasons and maintained their connection.

“Jason is a dynamic attacking player who is a proven goal scorer,” said LouCity head coach and sporting director John Hackworth. “More importantly, Danny and I believe his character will add to an already strong locker room mentality.”

Johnson entered the professional ranks as the 13th pick in the 2013 MLS SuperDraft out of Virginia Commonwealth University. Named the Atlantic 10’s Offensive Player of the Year as a senior, he was selected by the Houston Dynamo before a trade sent him to the Chicago Fire.

Johnson joined the USL’s San Antonio FC for the 2016 season, preceding his move to Phoenix.

At 6 feet tall and 180 pounds, Johnson also owns international experience, including a 2012 friendly appearance for Jamaica’s first team, known as the Reggae Boyz, while still a high schooler.

Looking for help in its attack, LouCity has scored two goals in three games since the USL Championship’s restart earlier this month. The boys in purple enter Wednesday off a 1-0 victory over Sporting KC II. Twelve regular-season games remain in their interrupted USL season.