It's a 'balancing act' as LouCity players ready for their restart

Coach Hackworth likens a quick buildup to a revised season to his college days. 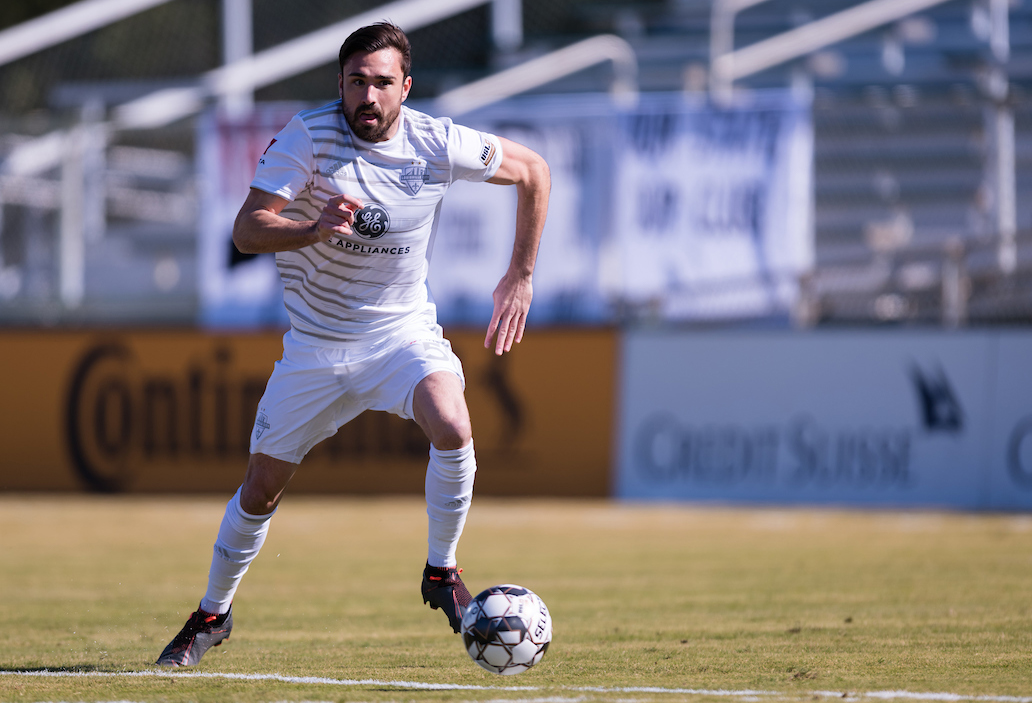 When leading Wake Forest (1993-1997) and South Florida (1998-2001), players showed up in mid-August to begin play a couple of weeks later. Similarly, LouCity recently returned to full-sided training ahead of its July 12 USL Championship season restart.

“We had a buildup phase when we were able to do small group training, and we were able to get a lot of work in,” Hackworth said as the boys in purple prepare for their first game since March 7, when they defeated North Carolina FC 1-0 in the 2020 opened before COVID-19’s rise halted play.

“But it’s all different when you now have full contact with the tackles and things. I’m channeling some of those old days. I haven’t done that since 2001, but I still remember it quite well, and it generally feels like that now.”

Hackworth put his players through the paces in a initial intrasquad scrimmage last weekend. Another followed on Wednesday. They’ll go 90 minutes at 5 p.m. Sunday, exactly a week before LouCity kicks off against Pittsburgh Riverhounds SC on ESPN2 in the unveiling of Lynn Family Stadium.

“Our preparation is going well,” Hackworth said. “I think it’s tricky, as you guys can imagine, to try to prepare for a season on such a short amount of time to really get prepped in the right way. Credit to our players for sticking to a plan of trying to get better each and every day.

“…But it’s a balancing act because we have to push these guys really hard. At the same time we need to make sure that they’re not getting the soft tissue injuries that sometime can happen.”

Hackworth confirmed that through two phases of COVID-19 screening, LouCity personnel have tested negative. Given that, he offered a “huge props” to the club’s Baptist Health medical staff, but also deferred to players dutifully following USL Championship guidelines.

On a more broad scale, Kentucky’s handling of the COVID-19 pandemic has allowed for LouCity games and other outdoor events in the state up to 50% capacity so long as masks are worn and physical distancing kept, among other guidelines listed at LouCity.com/VenueShield.

“I’m thankful that the state of Kentucky and Louisville in general have done a really good job managing this pandemic,” Hackworth said. “Therefore, we are very fortunate to have fans in the stands. I think that’s going to speak volumes to our community.

“When that game’s on national TV and this beautiful stadium is under the spotlight — and you see fans — it’s going to be incredible.”