The boys in purple will match up with Pittsburgh on national TV. 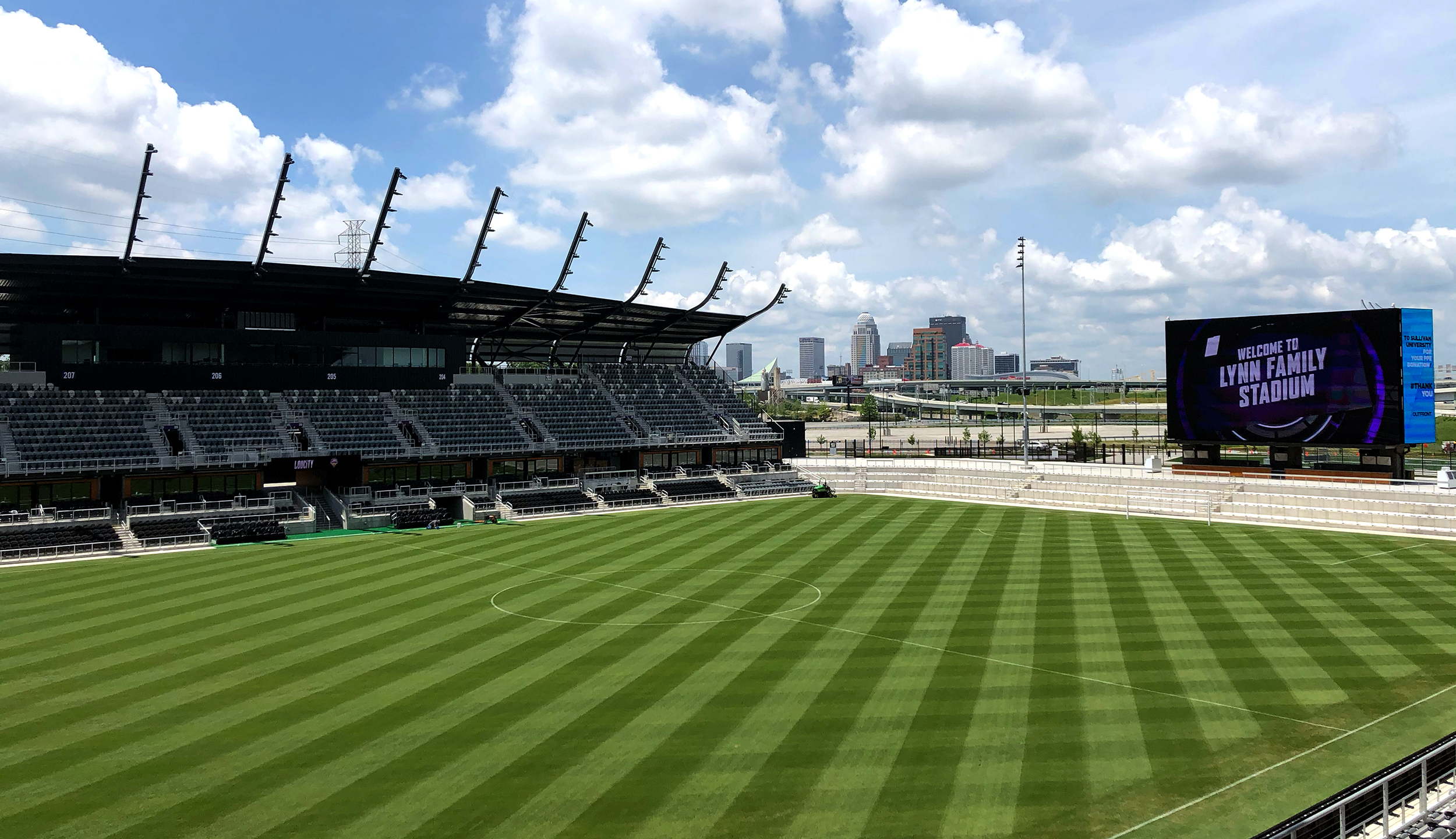 The USL Championship announced Tuesday that next on LouCity’s agenda is a July 12 home matchup against Pittsburgh Riverhounds SC, with the 5 p.m. Sunday kickoff to air on ESPN2, ESPN Deportes and the ESPN App.

“The time has arrived, and we are ecstatic to finally open Lynn Family Stadium,” said LouCity president Brad Estes. “So much time, effort and support has gone into making this idea of professional soccer a reality in Louisville, and we look forward to celebrating our city on July 12.”

Under normal circumstances, Lynn Family Stadium could accommodate as many as 15,304. Most if not all spectators at LouCity-Pittsburgh will be season ticket holders, and any individual game tickets available would be announced later.

“We wish we could pack the stands with 15,000, but those who can’t watch in person will be treated to a great broadcast,” Estes said.

LouCity, which posted a 1-0 victory over North Carolina FC in opening its 2020 season back on March 7, will play 15 more regular season games as USL Championship action returns under safety protocols designed to prevent the spread of COVID-19.

The majority of remaining LouCity games will come against “Group E” opponents, meaning four meetings apiece against Indy Eleven, Saint Louis FC and Sporting KC II. The Riverhounds — who didn’t get to play before sports leagues around the country shut down in the spring — are one of three league rivals hailing from outside the group.

“We are so excited to finally play in Lynn Family Stadium,” said LouCity head coach and sporting director John Hackworth. “It is not lost during these unprecedented times that as professional athletes, we have a small part to play. Yet for the Louisville community and our amazing fans, July 12 will be a wonderful day.

“Getting the chance to open Lynn Family Stadium on national TV versus one of our fiercest rivals, Pittsburgh, will be an incredible experience.”

A contest with the Riverhounds marks a rematch from the 2019 USL Championship Playoffs, when LouCity rallied to earn a 2-1 away victory en route to winning the USL Championship’s Eastern Conference title for a third straight season.

Located in the Butchertown neighborhood just east of downtown Louisville, Lynn Family Stadium, a $65 million facility, was years in the works, dating back to dreams of LouCity’s beginnings in 2015. The boys in purple have won two USL championships and advanced at least as far as the Eastern Conference final in all five of their seasons so far.