The club will honor its late founder who brought pro soccer to Louisville. 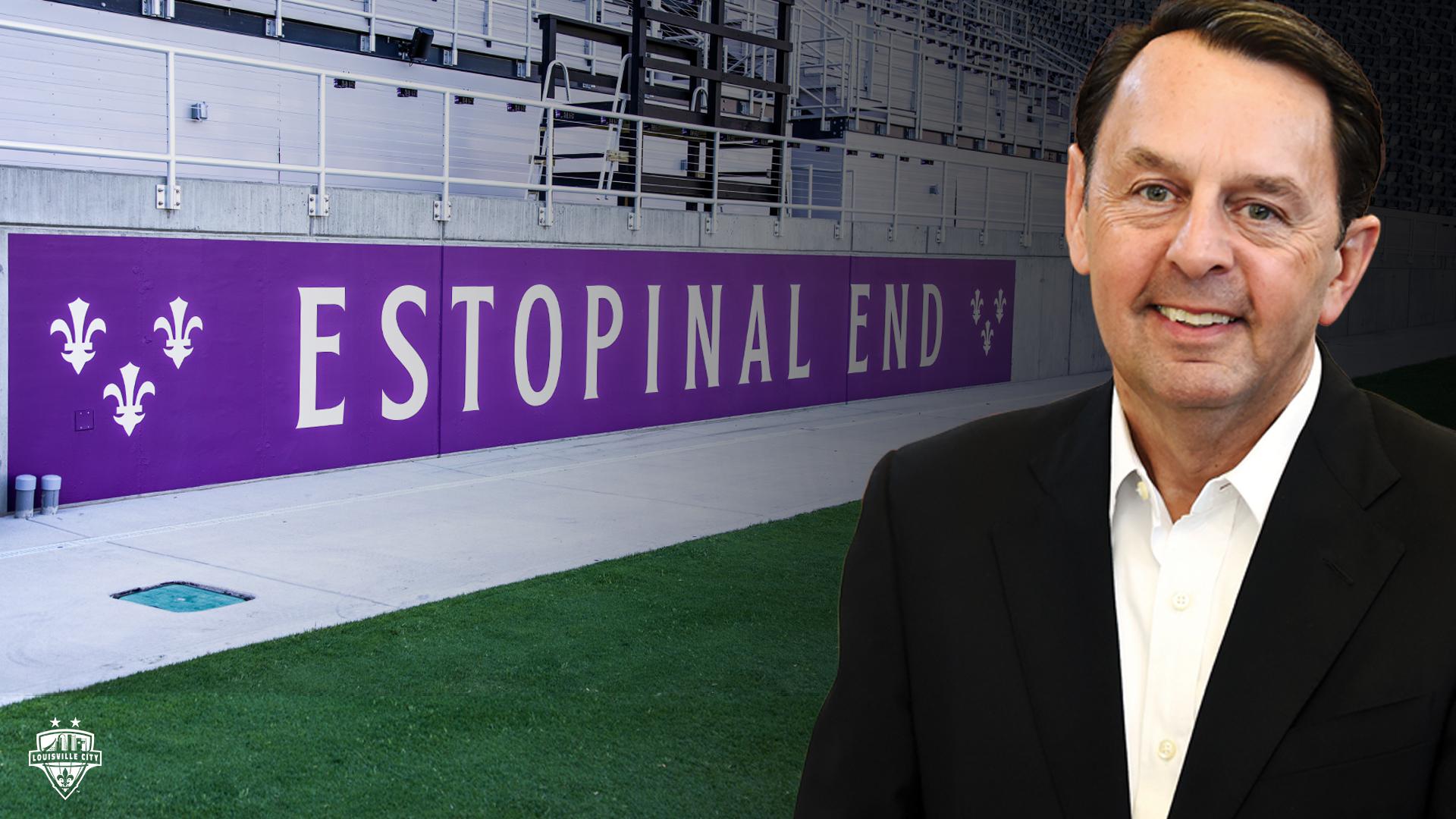 LouCity has aptly named its supporter zone “Estopinal End” in honor of Wayne Estopinal, a prominent architect who also built the foundation for professional soccer locally. The club’s chairman into 2016, Estopinal tragically died in a November 2018 plane crash at age 63.

“Many have contributed to the success of Louisville City FC, but we would not have Lynn Family Stadium without the vision and grit of Wayne Estopinal,” said Brad Estes, the club’s president. “His contribution was much more than financial. His tireless dedication propelled us from an idea to a reality. We are ecstatic to have his name on the wall below our supporters.  After all, he was the foundation of this club.”

Having primarily dealt in health care architecture, Estopinal’s firm, TEG Architects, also designed the University of Louisville’s gem of a soccer facility, similarly named Lynn Stadium. The 2019 Kentucky Soccer Hall of Fame inductee made previous forays into the pro game through an indoor club, the Louisville Lightning, and served as a founding owner of Orlando City SC.

A former Ball State University trustee, Estopinal was en route to an alumni event when his plane went down in southern Indiana, also claiming the lives of pilot Andrew Davis and Sandra Johnson, a marketing executive for TEG Architects. Ball State has since renamed its architectural program the R. Wayne Estopinal College of Architecture and Planning; he also received the school’s highest honor, the Ball State University President’s Medal of Distinction.

Known as a philanthropist, avid runner and tireless worker, Estopinal has also been memorialized on “Wall of Champions” at Big Four Station Park, which he helped create in Jeffersonville, Ind. The Estopinal End ensures his essential contributions on the other side of the Ohio River won’t be forgotten, either.

“Wayne’s vision and insatiable talent to get others to see the invisible was one of the greatest gifts he gave us," said Estopinal's wife, Thresa. "Through his persistent enthusiasm, commitment, inspiration and his unique ability to ignite others, LouCity soccer became a reality and was one of his proudest moments. The City of Louisville, LouCity management and fans embraced that vision and have taken it to new heights. I couldn’t be more proud of everyone associated with LouCity.”

As Orlando City SC transitioned from the United Soccer League ranks to Major League Soccer, Estopinal identified a local group of soccer supporters called The Coopers. If he could deliver Louisville a club, it was poised to arrive with a fan base intact.

“Without Wayne, I’m pretty sure Louisville City as we know it doesn’t exist,” said Taylor Sorrels, The Coopers’ a co-founder of the Coopers and the group’s first president. “Professional soccer might have made it to Louisville eventually, but it happened the way it did because of him.

“He was the catalyst that inspired the founders of the Coopers to meet that first time and start a supporters group. But the amazing thing about Wayne was, even if he didn’t know about us, he was ready for us before we ever met him.

Estopinal successfully negotiated to bring the USL license to Louisville, bringing with it purple and gold colors and a cornerstone figure. James O’Connor, a player and assistant for Orlando’s USL operation, received his first head coaching job with what was coined Louisville City FC.

Under Estopinal’s leadership, LouCity was an immediate success, reaching the USL’s Eastern Conference Final in its first two seasons. That set up back-to-back championship runs in 2017 and 2018 as John Hackworth assumed the role of coach before another title game appearance in 2019.

LouCity played five seasons at Louisville Slugger Field, a Triple-A baseball stadium that transformed into a soccer pitch in part thanks to Estopinal. He patented a device that retracts a pitcher’s mound into the ground, allowing for a smoother transition between uses.

“Louisville City FC was dad’s perfect combination of passions: soccer and Louisville," said his daughter, Ashley. "Now his passion can live on. His heartbeat will flow with each beat of The Coopers' drums; his smile will show on fans' faces with each goal; and his spirit will soar with the purple smoke. It brings joy to my heart to have him remembered by soccer fans new and old.”