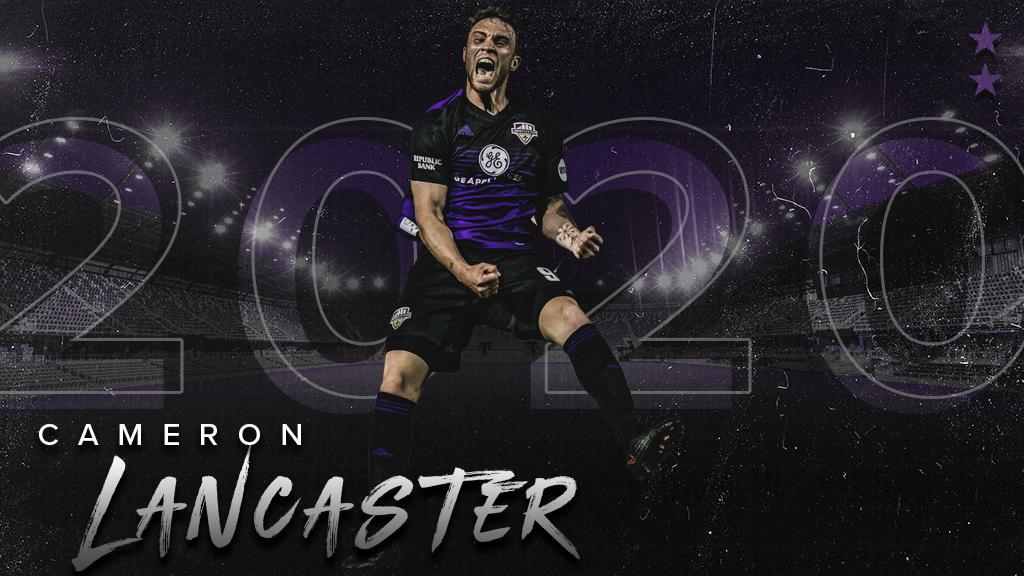 THURSDAY, FEB. 6, 2020 – Louisville City Football Club will welcome Cameron Lancaster back to the club for the 2020 season. The 2018 Golden Boot Winner will rejoin Louisville City FC while on loan from Nashville SC of MLS.

“Adding Cam to our roster for the 2020 season is instrumental to what we are trying to do in Louisville,” Louisville City Head Coach and Sporting Director John Hackworth said. “Cam was a big part of our club’s USL Championship titles, and we look forward to him helping us pursue our third star.”

The 27-year old London native will join Louisville City for the remainder of the preseason schedule and will be eligible for USL Championship competition pending league and federation approval.

“I’m really happy to be back, Louisville is a club I owe a lot to. I am familiar with the setup, philosophy, players, and coaches. When the opportunity came to join on loan I had to take it,” Lancaster said.

Lancaster was part of the very first team at Louisville City back in 2015 and was with the club until he signed a deal with Nashville's MLS franchise after the 2018 season.

“It is an exciting time here, the club is heading in the right direction for success and I can’t wait to step onto Lynn Family Stadium with the best fans in the USL," Lancaster said. "The team looks great and the coaching staff has a clear picture of how they want to play and what they want to achieve this season. I am grateful to be a part of that.”

Lancaster was a breakout star for Louisville City during the club’s 2018 USL Championship Title run. Lancaster scored a goal in his April 7 season debut against FC Cincinnati and proceeded to set the USL Championship single-season scoring record, notching 26 total goals in the most-impressive campaign by a player in Championship history.

The 2018 USL Golden Boot Award winner, Lancaster scored a hat-trick vs. the New York Red Bulls in August, helped Louisville City make the U.S. Open Cup Quarterfinals, and helped Louisville City roll through the 2018 USL Championship Playoffs before he was injured in the Eastern Conference Final.  The club went on to beat Western Conference winning Phoenix Rising and Didier Drogba in the USL Championship Final.

In 2016, Lancaster scored four goals and had three assists in 26 regular season matches. In 2017, Lancaster scored eight goals in 24 appearances for the 2017 USL Championship Title-Winners. Lancaster averaged a goal every 134.1 minutes that season and began drawing buzz as a dangerous striker prior to his breakout 2018 performance.