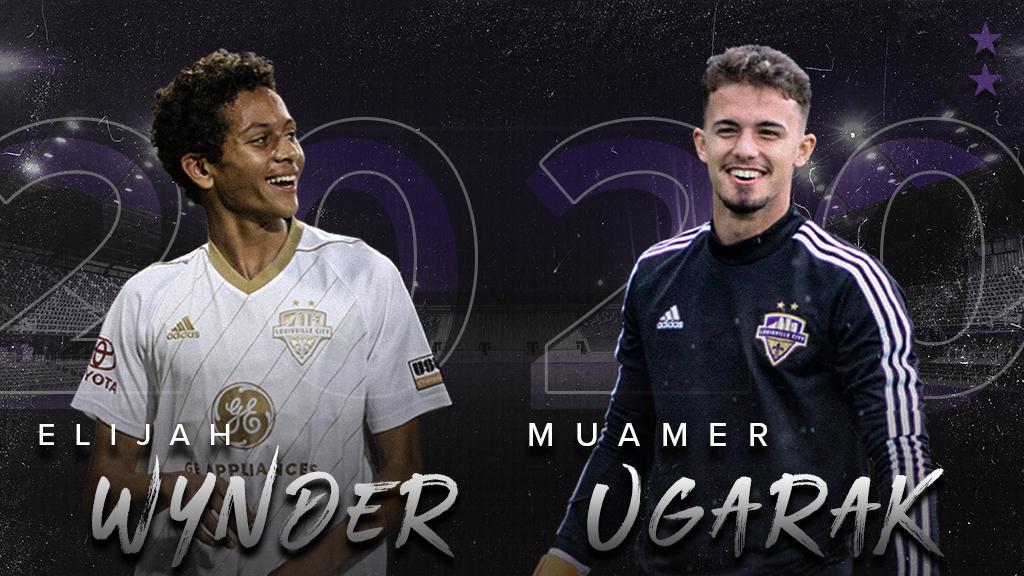 “Elijah and Mu are an important part of our team,” Louisville City Head Coach and Sporting Director John Hackworth said. “Despite their young age, they have already shown the ability to compete at a high level in training. We look forward to their continued development with us this season.”

Under Academy contracts, both Wynder and Ugarak preserve their NCAA eligibility but are included in club training and development plans.  Wynder and Ugarak began training with the team in Louisville and earned a spot on the travel roster for the Florida phase of preseason. After proving themselves in Florida, Wynder and Ugarak were presented Academy Contracts and will potentially feature in the preseason matches on 2/6 and 2/9 against D.C. United and Nashville SC.

“We are encouraged by the initial growth we saw from Elijah and Mu and we are looking forward to their continued development,” Louisville City Director of Youth Development Mario Sanchez said. “It is exciting to see such young talent training with the First Team on their path to the pros.”

Wynder signed with Louisville City under the club’s first-ever Academy contract in June of 2019. A junior at Louisville Collegiate High School, Wynder appeared in the 18 for Louisville City three times last season including an appearance during Louisville City’s U.S. Open Cup run. He will be eligible to compete for LouCity’s U23 team this summer.

“I thank Louisville City for their belief in me,” Wynder said. “It is important to train against great players and to get that opportunity at a young age is a blessing for me. I’m looking forward to helping the club any way I can this season.”

Originally from Bosnia, Ugarak’s played with local clubs and DC United’s Academy program before joining Louisville City last year. Ugarak will continue to train with Louisville City in preparation for U23 season later this Spring. Pending League & Federation approval, Ugarak will be eligible to be added to Louisville City’s roster for upcoming USL Championship matches for the 2020 season.

“I am excited to continue training with my club,” Ugarak said. “Louisville City has been my club since my family and I moved here five years ago. I thank Coach Hackworth, Coach Danny (Cruz), Coach Mario (Sanchez) and Coach (Scott) Budnick for believing in me.”

Louisville City will face a pair of MLS teams this week during their training camp at IMG Academy. LouCity will play DC United Thursday in Clearwater, Fla., and Nashville SC Sunday at IMG Academy.