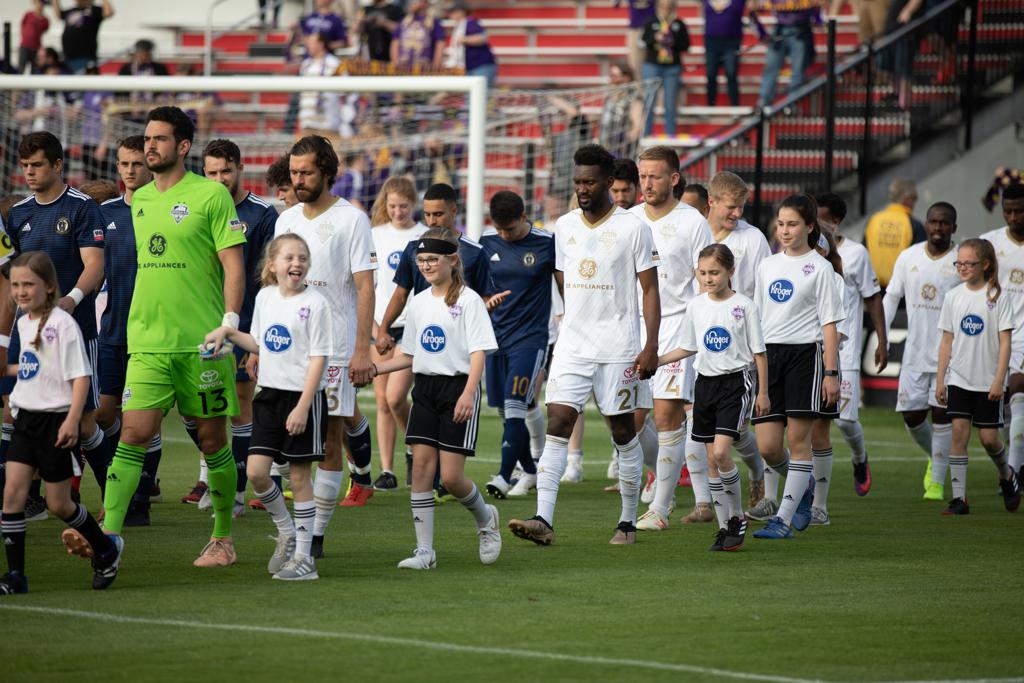 On April 7 at 7 p.m., Louisville City will host the winner of the Nashville United and Cleveland SC (NPSL) matchup at Lynn Family Stadium.

"With the U.S. Open Cup draw this afternoon we now know that we will be hosting on April 7," Louisville City coach John Hackworth said. "This tournament is an important competition with a rich history. We will be prepared for our initial participation and we look forward to performing in front of our home fans."

A single-elimination competition open to all affiliated professional and amateur teams in the United States, the Open Cup is the country’s oldest annual tournament for team sports. The 2020 U.S. Open Cup First Round will be contested March 23-26 with the winners advancing to the Second Round April 7-9.

Home teams for each round are determined by random selection among those, like Louisville City, who apply to host. All U.S. Open Cup matches will be available on ESPN+.

Last season, Louisville City opened its Open Cup run with a 3-0 win over Reading United on May 15. LouCity got goals from Abdou Thiam (12’), George David IV (19’) and Sunny Jane (88’) in the clean sheet victory. In its third-round game, Louisville City beat Birmingham Legion 1-0 on an early goal from Sean Totsch. Louisville City fell 2-1 in extra time to FC Cincinnati of the MLS in the Fifth Round.

In 2018, Louisville City made a run to the Open Cup Quarterfinals. The club beat the PDL Long Island Rough Riders 5-0 in Round 2, beat Saint Louis of the USL Championship 1-0 in Round 3 and topped the MLS New England Revolution 3-2 in the Fourth Round. Louisville City beat Nashville SC of the USL Championship 2-1 in the Round of 16 before falling at Chicago Fire 4-0 in the Quarterfinals.