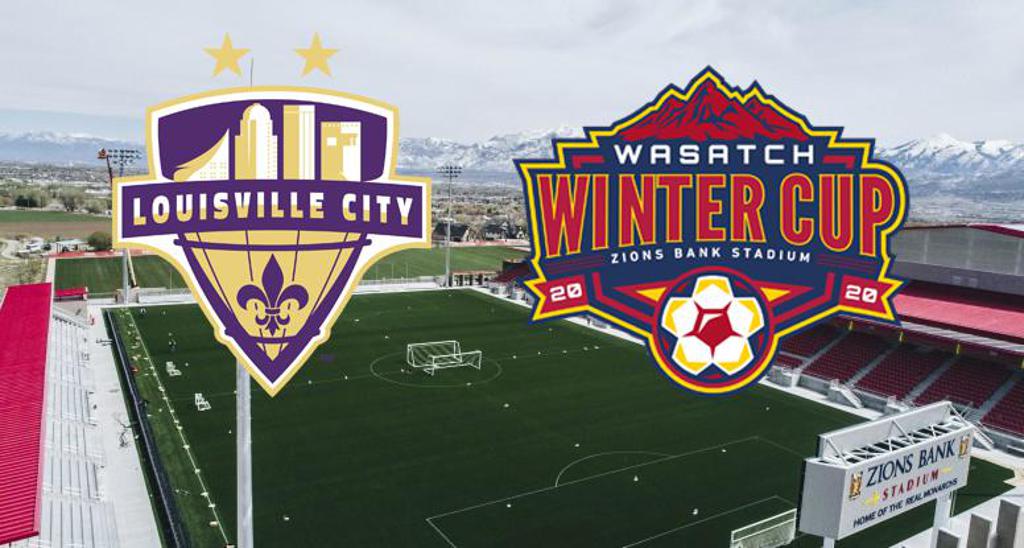 Wednesday, January 15, 2019  – Louisville City FC announced its participation as one of four teams in the second annual Wasatch Winter Cup Wednesday. The Cup, hosted at Zions Bank Real Academy in Herriman, Utah, will consist of the final two teams in the USL Championship Playoffs: Louisville City and Real Monarchs, as well as the Colorado Springs Switchbacks and Union Omaha.

“The training center for Real Salt Lake and the Monarchs is fantastic, but the most important aspect of our Utah trip will be playing USL opponents in meaningful matches,” Louisville City coach John Hackworth said. “It’s still preseason, but anytime you can play in a competition with a trophy & title on the line, it adds another level of importance to the competition”

The Monarchs will welcome clubs to Herriman for matches beginning Sunday, February 16, with the tournament running through Saturday, February 22. All matchdays will be double-headers and are scheduled to be played inside Zions Bank Stadium, pending inclement weather. If inclement weather occurs, matches will be played inside the Zions Bank Training Center which boasts over 200,000 sq. feet of playing surface across two fields. Matches will be played on February 16, 19 and 22.

“We are excited to be hosting the Wasatch Winter Cup again here in Herriman with three very well prepared and well-coached teams,” said Real Monarchs Assistant General Manager Tim Weaver. “Louisville City, Colorado Springs and Omaha will all provide excellent competition for the Monarchs and one another, as we prepare to defend the USL league championship. We are privileged to have such world-class facilities and are honored that these clubs have agreed to come here to prepare for their respective seasons. We look forward to welcoming each team and hosting them in what is sure to be an entertaining and world-class preseason tournament.”

“Danny brought this opportunity to our attention during the 2018 season,” Hackworth said. “At that time, we were unable to incorporate it into our 2019 preseason.  However, after reflecting on our 2019 preseason preparation, Danny and I both felt that playing USL opponents during preseason would help us in the future.”

Louisville City has preseason matches prior to leaving for Utah. The full preseason schedule will be released next week.

Louisville City begins its USL Championship schedule on March 7 at North Carolina FC. The Boys in Purple will open Lynn Family Stadium on Saturday, April 11 vs. Birmingham Legion in a nationally televised match.