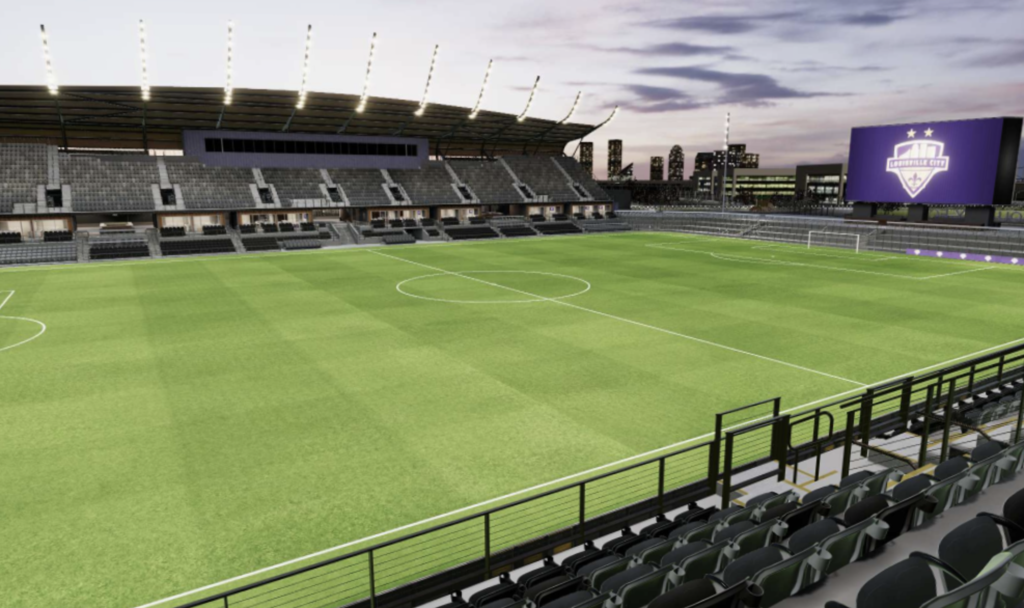 TUESDAY, JAN. 7, 2019 – Louisville City Football Club provided an update on the status of its crest and branding Tuesday. With the season just months away, the club announced its plans for the upcoming season as the process moves forward.

On Dec. 16, Louisville City announced a change to its look during an event at the LouCity Team Store at Fourth Street Live! in downtown Louisville. After significant supporter feedback, Estes announced a halt to the new logo on Dec. 19.

Over the last few weeks, the club has brought in hundreds of supporters to share designs, work through possible logo and color combinations, and give input on the process.

While the club will continue listening and collaborating with its supporters, Louisville City will move into Lynn Family Stadium wearing its traditional crest for the 2020 season.

“We are very appreciative of the time and effort our fans put into sending us their suggestions for our new crest,” Louisville City President Brad Estes said. “We collected hundreds of responses and we are encouraged by our supporters’ passion for this project. Together, we found several designs that we genuinely liked, but we want to make sure we are devoting the proper time and resources that this process requires.”

Tuesday’s announcement should not be seen as an end to the process, but rather its next step. The club’s design process will continue through the next several months as Louisville City will enlist the aid of a world-recognized branding expert to join the effort in engaging with supporter groups and local fans to build branding that will unite our community.

“The good news is we have a traditional crest that represents so much success, three Eastern Conference titles and a pair of USL Championship titles,” said Estes. “We will be proud to wear our traditional crest in our new home.”

Louisville City’s opening game will be April 11 vs. Birmingham Legion FC. With seating for 11,700 and a capacity reaching 14,000, Lynn Family Stadium will be a new showpiece for the city of Louisville when it opens for LouCity’s USL Championship season. The most successful club in the modern USL era, Louisville City had played its games at Slugger Field, a AAA baseball stadium in downtown Louisville, from 2015 through 2019.

New merchandise will be available beginning Friday, Jan. 10. Merchandise featuring the logo released in December will only be available while supplies last or until Sunday, Jan. 19, whichever comes first.

Season Ticket sales for Louisville City’s 2020 season began in September, and the club announced a new record for total Season Ticket Members in November. With 13 sections already sold out for 2020, the club expects to welcome a capacity crowd on the opening night and beyond.

The club expects to announce more news on its 2020 schedule later this week. Season Tickets are available via Virtual Tour by clicking here or by calling (502) LOU-CITY.