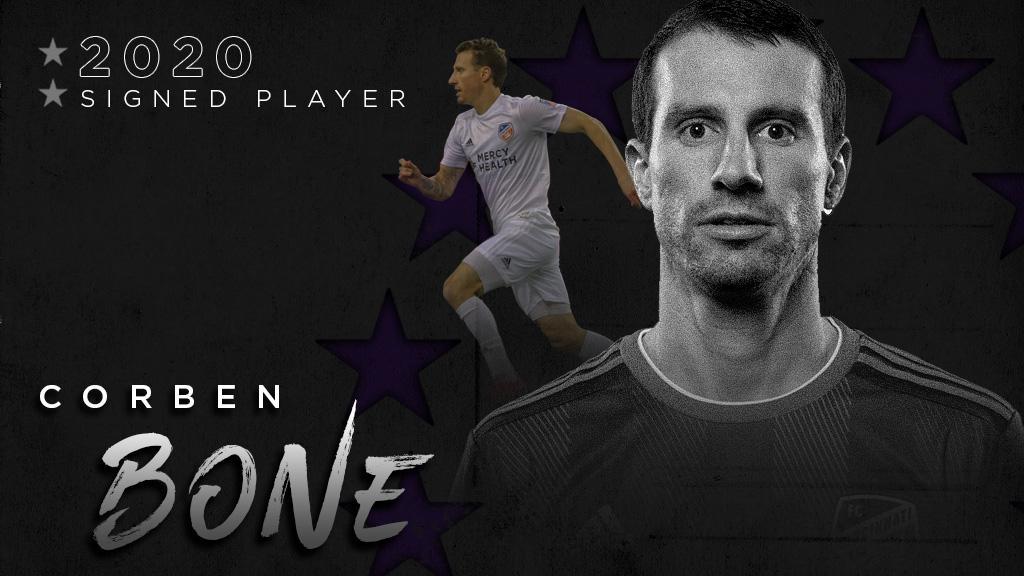 “Corben is an excellent attacking midfielder,” Louisville City Head Coach & Sporting Director John Hackworth said. “Throughout his career as a creative attacking player, he has shown that his quality on the ball, coupled with his decision making and competitive mentality, has allowed him to be an influential player. We are excited to add a player of his caliber to our roster in 2020.”

A native of Plano, Texas, Bone was a member of several United States Youth National Teams, where Hackworth first evaluated his attacking abilities.

Bone played at Wake Forest University from 2007-09 and was a first-round pick (13th overall) by the Chicago Fire in the 2010 MLS SuperDraft. After spending his 1st 4 seasons with the Fire, Bone was picked up by the Philadelphia Union in 2014, where Hackworth was in charge.  He played in Philadelphia with current LouCity assistant coach, Danny Cruz, and current LouCity forward, Antoine Hoppenot.

In 2015, Bone played a full season in the USL for the Wilmington Hammerheads.  After a successful 2015 campaign, Corben was pursued by FC Cincinnati and joined the club for three seasons (2016-2018), notching 102 appearances while scoring 16 goals. As one of FC Cincinnati’s key players in the USL Championship, the club announced Bone as one of three players who would make the transition from USL to MLS following the 2018 season.

After spending last season in the MLS, Bone will join Louisville City for the club’s first season in Lynn Family Stadium, a new, soccer-specific stadium currently under construction.

“I am so excited to be joining such an incredible organization in Louisville City,” Bone said.  “The club has established itself as one of the top soccer organizations in the country and continues to be one of the cities that is raising the bar for soccer in North America.  I’m proud to be joining a special group of players and coaches and I can’t wait to get started.”

“In addition to being a tremendously gifted player, he’s also an excellent human being,” Hackworth said. “We take pride in our team culture and we believe Corben will fit right into our motivated locker room for 2020.” 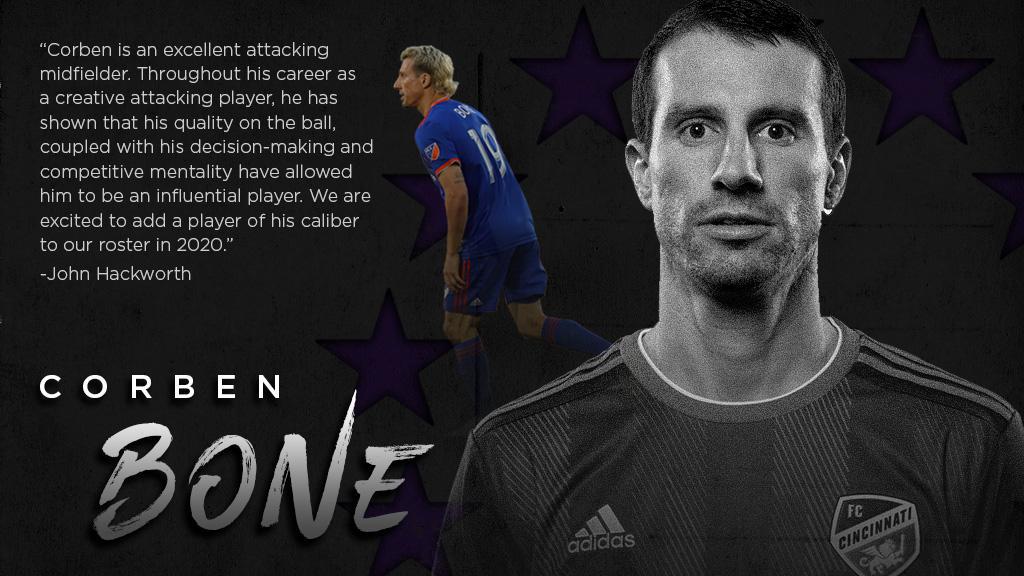