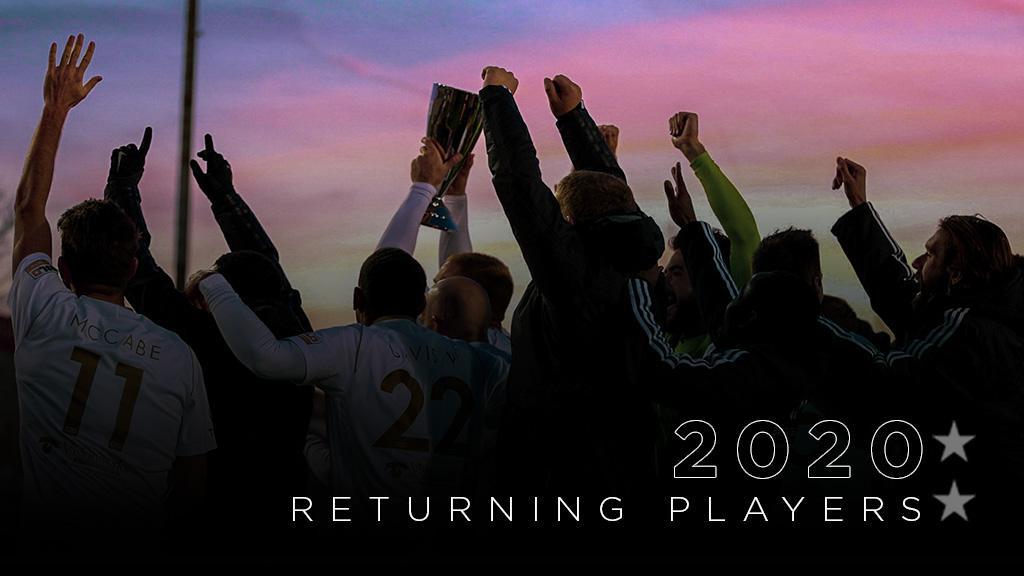 “We are excited to announce a tremendous group of players who will lead our team forward into our new home for 2020,” said LouCity Head Coach and Sporting Director John Hackworth. “It is important for us to keep our championship culture moving forward, and we believe these players can help us continue our success.”

The club has already secured commitments from nearly the entire starting lineup from the USL Championship Final and several more key contributors.

“We are certainly not done yet, but we wanted to let our supporters know many of their favorite players would be back for next season,” Hackworth said. “We look forward to working with this group to bring home more trophies to Louisville.”

Louisville native Chris Hubbard will return in goal for Louisville City next season. Hubbard, who took over in goal during the 2019 season and helped lead the club to the USL Championship Final, started 24 games had 78 saves and notched five clean sheets.

McCabe, who has been with the club since its inaugural season in 2015, returns for his sixth season with the club. Rasmussen, who led LouCity with 17 goals this season including four goals during the 2019 playoff run, will be back for the 2020 season.

DelPiccolo and Speedy Williams provide incredible experience and stability in the midfield for Los Morados. Matsoso, who was recently named to the 18 USL Players to Watch list by The Athletic, was a revelation for LouCity this past season, stepping up to become a starter for most of the season.

Contract negotiations continue with a handful of players who may rejoin the club in 2020.

Tickets for the 2020 season start at only $16 per game in the Butchertown and Waterfront Supporter Zones to just $65 per game for Center Circle Premium Seats. Tickets are available at LouCity.com or by calling 502-LOU-CITY.