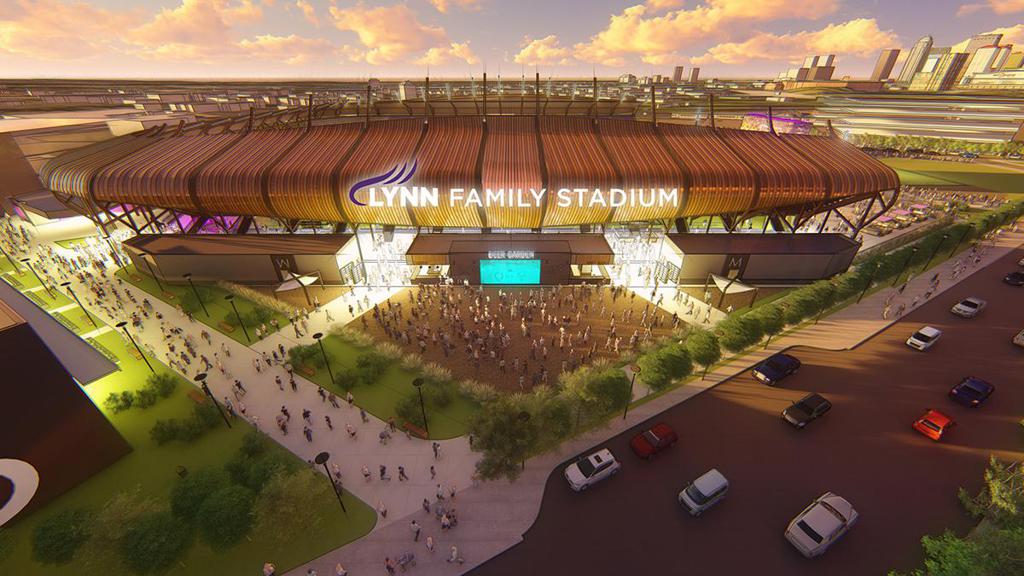 “Our supporters continue to set the standard for our league,” Louisville City FC President Brad Estes said. “We fully expected to set a new record for Season Ticket Members as we move into our new home, but to be able to announce a new record this early is a tremendous sign for our future.”

Lynn Family Stadium will have permanent seating for 11,700 and capacity near 14,000 and will be LouCity's new home starting next season. Built in the Butchertown neighborhood, just East of downtown, the stadium is a showpiece for the city of Louisville, nestled right next to downtown and adjacent to two major interstates, I-64 and I-71. Built specifically for soccer, sightlines in the new stadium will be tailored to the supporters.

"The ability for our fans to be right next to the action will be a new experience for many of our supporters,” Louisville City coach John Hackworth said. "Lynn Family Stadium will truly be a cathedral for soccer, and a showpiece for our city."

On Sept. 9, the first day of the public sale, LouCity announced the club had surpassed 5,000 Season Ticket Members.

“We have 11 sections completely sold out and several more have less than 25 tickets remaining,” said Mitch Ried, LouCity Vice President of Sales and Marketing. “The excitement we saw for tickets for the USL Championship Final is a preview of what we expect for next season’s opening game.”

Tickets for the USL Championship Final sold out in 96 minutes of availability to the public last Thursday. The Final announced a venue-capacity attendance of 7,025 after the club added over 1,800 additional seats to Dr. Mark and Cindy Lynn Stadium.

Tickets for the 2020 season start at only $16 per game in the Butchertown and Waterfront Supporter Zones to just $65 per game for Center Circle Premium Seats. Lynn Family Stadium will be equipped with 18 luxury suites and more than 1,000 club seats for a premium experience as well as safe-standing Supporter Zone sections for the most ardent supporters.

Founded in 2015, Louisville City is the most-successful club in the USL modern era, winning five trophies (three Eastern Conference Titles and two USL Championship Titles) in the span of its first five seasons. LouCity’s remarkable 2017 campaign included winning the USL Cup in the club’s first appearance in the final. Despite a midseason coaching change, Louisville City won its second USL Cup in 2018, becoming the first back-to-back USL Cup winner in the USL modern era. In 2019, the club once won the Eastern Conference title and was a USL Championship Finalist. Get the latest news on Louisville City FC at LouisvilleCityFC.com and via the club’s  channels on social media, including Facebook, Twitter, & Instagram.­­­