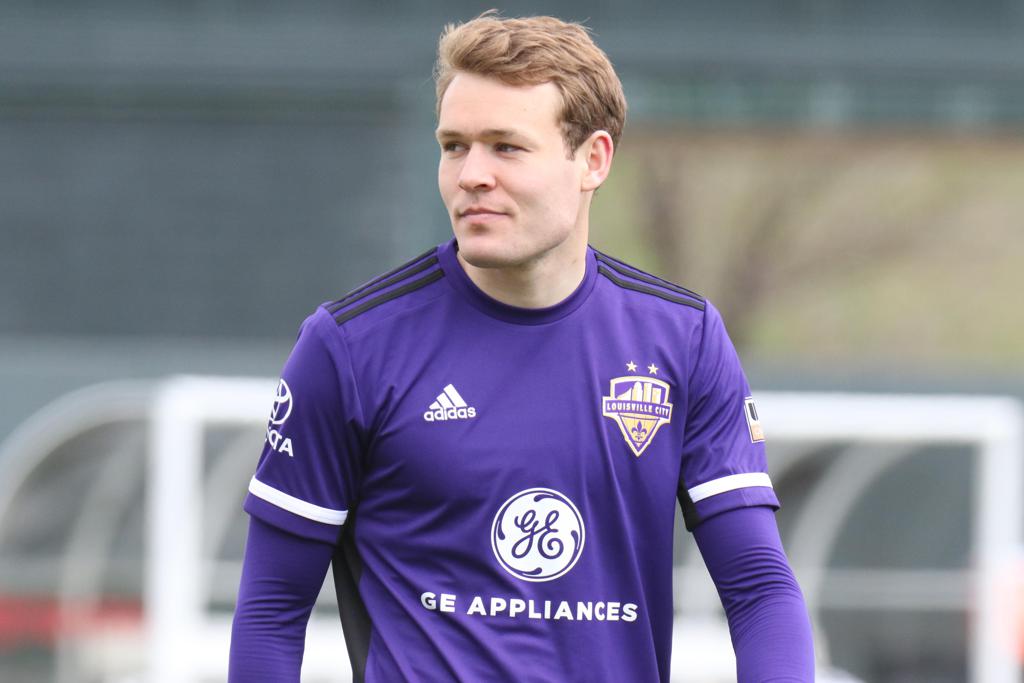 After Louisville City advanced to another Eastern Conference Final by beating Pittsburgh Saturday, midfielder Magnus Rasmussen looked back on the incredible success of the club.

"I think the culture we have in the locker room has played a huge part in how we have been able to be in five consecutive finals," Rasmussen said. "Everyone in that locker room knows when they step in there for the first time, there are certain expectations of you being super-professional. We have to live up to the high standards we have in the locker room. So even when guys leave and new guys come in, people like me return and new faces have shown up, the standard stays high."

Rasmussen is the leading scorer for the Boys in Purple, an area of concern following the loss of last year’s Golden Boot winner in Cameron Lancaster. He has 15 goals this season and is second-leading scorer left in the USL Championship Playoffs behind only Douglas Martinez of the Real Monarchs (17).

However, it wasn’t always shooting and scoring for the Dane. After a successful 2015 season with the Boys in Purple in his first year as a professional in the United States, Rasmussen was forced out with an offseason hip surgery that left him sidelined for quite a while.

“That took most of my 2016 year and at that time I was a little unsure if that was going to stop my career there,” Rasmussen said. “I thought about going home. I had some personal issues.”

With the 2016 USL season spent recovering from his surgery, Rasmussen decided to step away from the game. A year away from soccer was a year too long and he ended up changing that decision after the 2017 campaign.

“I was still following the team a little bit and I couldn’t really put football behind me so I decided to come back during ’18,” Rasmussen said. “Because I took that year off, I think my body wasn’t quite ready for it so I ran into some small injuries. This year has been really positive for me.”

Now, a mentally prepared Rasmussen has tallied a club-leading 15 goals in 34 appearances for Louisville City in 2019 and reasserted himself as a skilled professional worthy of leading a USL club back to the playoffs.

“I definitely had a motivation to make my mark again because having almost three years with a very low number of games because of injuries, I felt like if I could stay healthy, I wanted to leave my mark,” Rasmussen said.

Rasmussen has certainly made his mark this season. He and Louisville City are just two wins away from a third-straight USL Championship Title.

"It really starts every Monday with all of our guys challenging each other on the training pitch," Rasmussen said. "It's not just the first 11, but the next 11 as well. We are all encouraged to challenge each other because we know that challenge will make us a better team when we play another club."

Rasmussen and Louisville City will square off against rival Indy Eleven Saturday in Indianapolis at Carroll Stadium. The Eastern Conference Final will kick off at 3 p.m.

Rasmussen isn't ready to hang it up any time soon, but he has also been working on his future career after soccer.  While soccer has led Rasmussen to a world of traveling – something he set as a goal when deciding to come to the US - another hobby of his has nothing to do with athletics and maybe in his future following retirement from the game.

“When I went back to school in ’17, I went into architecture,” Rasmussen said. “After soccer, if I’m not going into coaching I think I’ll go into that type of subject – architecture and building structures.”

Whether it be building construction or being a part of a championship-winning soccer club, Rasmussen leaves one thing for certain – being the best he can be every day.