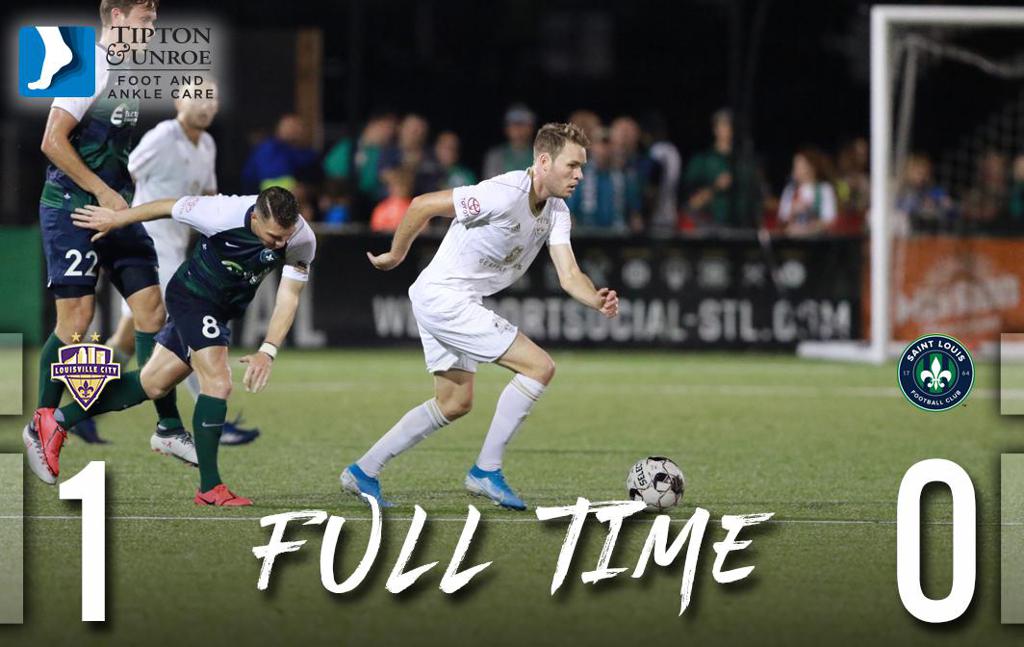 Louisville City got an early goal from Magnus Rasmussen and held on for a 1-0 win over Saint Louis in Saint Louis Saturday night. Having already clinched a spot in the USL Championship Playoffs, LouCity earned three points Saturday night, inching the club closer to moving up the Eastern Conference table.

Louisville City dominated the run of play through the first dozen minutes of the match leading up to the game-winning goal by Rasmussen. Hackworth credited his team's passing and movement.

Hackworth told his team that the atmosphere at Saint Louis was going to be intense. Saint Louis came into the match clinging to ninth place with four games to go. Because they needed three points Saturday night to help secure a spot in the playoffs, Hackworth warned that Saturday night would feel like a playoff game.

"I thought it was exactly that," Hackworth said. "Every part of what we prepared for happened on the field tonight, but our guys had a wonderful mentality in terms of how we prepared this week and how we went out there and executed tonight."

Saturday night’s win over Saint Louis is the first of a two-game road swing that concludes Tuesday night at Nashville SC. Currently third in the Eastern Conference, Nashville leads LouCity by four points with three matches to play. Kickoff Tuesday night is set for 8 p.m. ET.