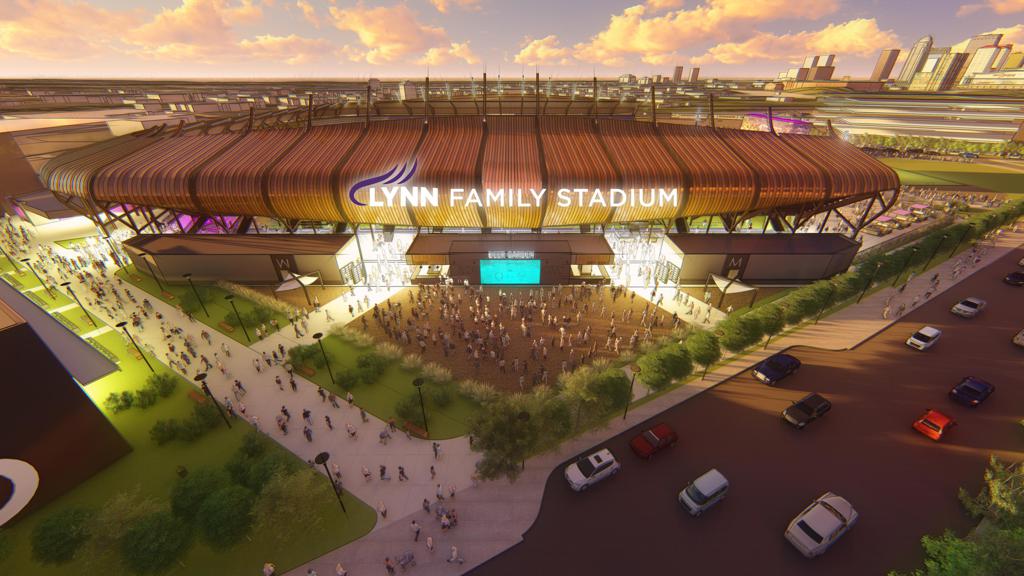 Louisville City FC is preparing to move into Lynn Family Stadium for the 2020 season. Season tickets are now available to the general public.

"We are excited to offer season tickets to our new stadium to the general public for the first time Monday," Louisville City President Brad Estes said. "We can't wait for local soccer fans to experience a match in Lynn Family Stadium next season."

The stadium, which will have permanent seating for 11,700 and capacity near 14,000, will be Louisville City's new home starting next season. Built in Butchertown, just East of downtown, the stadium is a showpiece for the city of Louisville, nestled right next to two major interstates, I-64 and I-71. Built specifically for soccer, the sight-lines in the new stadium will be tailored to the fans.

"It is truly a cathedral for soccer," Louisville City coach John Hackworth said. "The ability for our fans to be right next to the action will be a new experience."

"Our longtime Season Ticket Members have had access for more than a month and many of them have already selected their seats," Estes said. "In fact, we have already sold more than half our allotted season tickets for 2020."

Tickets range in price from as little as $16 per game in the Butchertown and Waterfront Supporter Zones to $65 per game for Center Circle Premium Seats. Lynn Family Stadium will be equipped with 18 luxury suites and more than 1,000 club seats for a premium experience as well as safe-standing Supporter Zone sections for the most ardent supporters.

Louisville City FC won the USL Cup in both 2017 and 2018, becoming the first club in modern USL Championship history to do so. Founded in 2015, Louisville City quickly became one of the leading clubs in the USL modern era, winning four trophies in the span of its first four seasons.