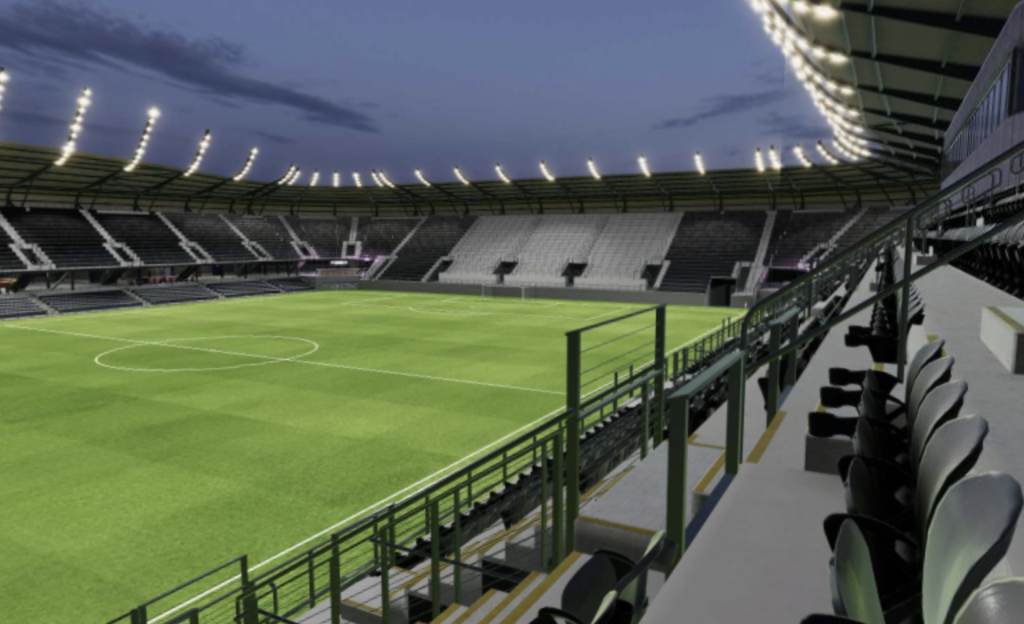 In advance of upcoming Season Ticket Member seat selection, Louisville City FC has released its Seat Map and Pricing for the 2020 Season, the club’s first season in its own soccer-specific stadium currently under construction in Butchertown.

“We are excited about releasing our plan for 2020 season tickets in the new stadium,” Louisville President Brad Estes said. “In addition, we have released a new virtual venue web site so that our fans can see the view from their seats before deciding which seat they like the best.”

Louisville City’s new stadium will boast 18 luxury suites, a premium club experience and top-notch amenities to match the top soccer-specific stadium in the country. While those luxury experiences are available, Louisville City also focused on affordability.

“We spent many hours studying similar venues and their pricing plans, but what we kept coming back to was we wanted to make sure we didn’t exclude any of our fans due to price,” Estes said. “We accomplished that by keeping large portions of the new stadium extremely affordable.”

The seating plan includes 16 different options for Louisville City fans. The most affordable tickets have been set aside for the fans in the supporter zones behind each goal. 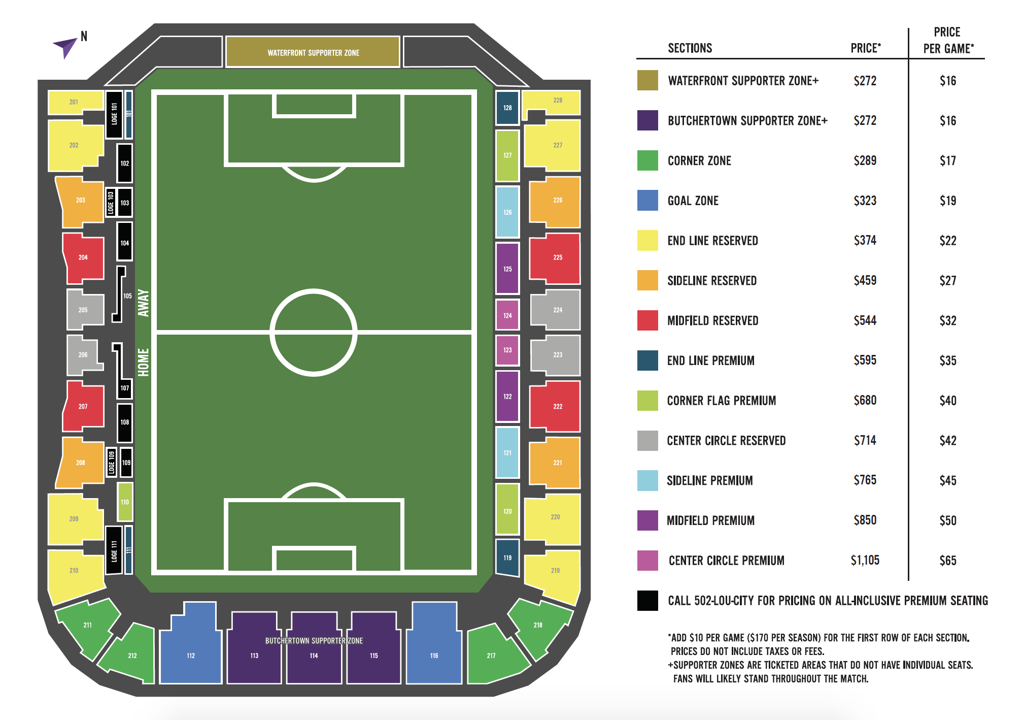 Along the side lines, fans can choose from End Line Reserved seats for approximately $22 per game all the way up to Center Circle Premium seats directly adjacent to the midline for $65 per seat.

“Having a stadium built for soccer will allow fans to be right next to the action on the field,” Louisville City coach John Hackworth said. “The atmosphere in the new stadium should be incredible because of how close every seat is to the actual pitch.”

Using the virtual venue technology, fans can see the view from each seat in the stadium. Fans wishing to see the new virtual venue tour or review season ticket pricing options can check out loucity.com/2020tickets for more information.

“Seat selection for current Season Ticket Members begins on July 29 with Louisville City’s longest-tenured season ticket holder,” said Dave Walkovic, Ticket Operations Manager. “Each Season Ticket Member will be sent an appointment date and time for the selection of their seats for 2020.”

Fans interested in becoming Season Ticket Members for 2020 should place a $50 deposit before Sept. 3 to assure they are able to select their seats before all the remaining seats become available in a general public sale this Fall.